Your Morning Dump... Where the Celtics are home, humbled and hungry 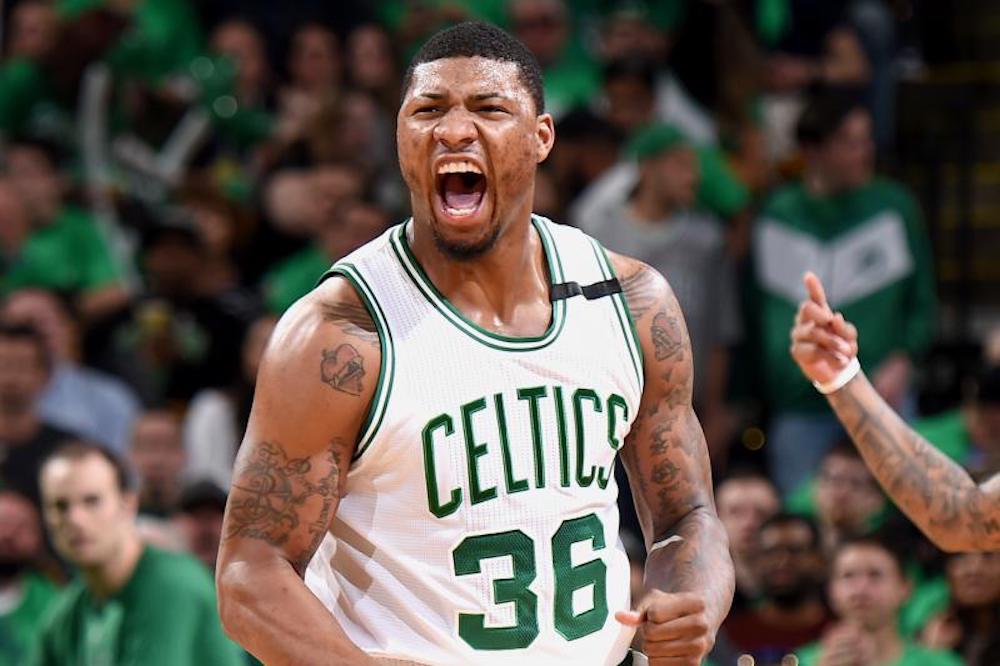 Your Morning Dump... Where the Celtics are home, humbled and hungry

One element has been missing so far in 2018-19, however: The energy and enthusiasm that carried the Celtics into the Eastern Conference Finals. Last year’s Celtics were a tough bunch who refused to give an inch, even against favored opponents. This year’s Celtics have looked uncertain trying to utilize all the talent on the floor at any given time.

“I think that coming into the season, we were all expecting that we would kind of just take over, and we’re very dangerous, and I feel like we’ve been humbled a little bit,” Horford said after Wednesday’s dominant win over the Chicago Bulls. “We’re in a position now that we have an opportunity to start building that, and we have to do it every night. If we’re able to do that, we’ll have a chance to be special, especially committing to the defensive end.”

“One of the things that this league will teach you is that just because you show up doesn’t mean you are going to win or that you can run with the game,” Horford said. “Chicago, obviously, came out fighting at the beginning and were playing at a high level. It’s just of those things that we need to establish: Continuing to play hard throughout the game and wear the opponent down. Tonight, we did that.”

Mass Live — ‘I feel like we’ve been humbled a little bit’: Al Horford thinks Boston Celtics may have a new mindset

That road trip feels a bit like a fever dream, doesn’t it? And for as much as we kept waiting for the Celtics to snap out of their funk after each loss, it seemed as though they were stuck — mired in the muck of poor performance after poor performance. It’s a lot easier to snap out of it when the team returns home, has a few days to clear its head, and the lowly Chicago Bulls come to town.

Yes, it was one win against a putrid opponent, but perhaps the remedy for what ails the Celtics is some home cooking, a sense of stability in this early portion of the season, and as Al put it, a renewed mindset.

I won’t call it “the real test” because it’s still so early in the season, but let’s see if this mindset carries over into the weekend. In addition to using Friday against Toronto and Saturday against Utah as a bit of a litmus test, the Cs owe both of these teams for early season losses. For a team that showed a ton of edge and attitude during last season’s push to the conference finals, they’ll have a chance to show some of that on Friday and Saturday.

After that? It’s 14 straight games in the eastern and central time zones against teams that look a lot more like Chicago than they do Denver, Toronto and Milwaukee.

Some wondered if Irving was making a cryptic pitch for a potential roster addition — maybe someone like possible free-agent-to-be Carmelo Anthony, now in his 16th NBA season. But asked about his comments after Wednesday’s lopsided win over the Bulls, Irving said he was merely talking in generalities.

“I think I was speaking just in general because obviously there’s a lot of movement going on around the league as usual this time,” said Irving. “I wasn’t speaking about anyone specific. I just was speaking to like a vet that’s been through a championship run, through championship runs, that’s able to be patient with this team as well as understand what we’re going through of just figuring out the pieces and how they mesh well together.”

We won’t remember this story three weeks from now.

I don’t think Kyrie Irving was wrong for saying what he was feeling in the moment and during a stretch of rough basketball to start the year. There’s also no chance he was referring to Carmelo Anthony, who isn’t the type of vet that fits the bill of someone who has “been there” before. “There” isn’t an overrated me-first scorer who could sabotage a team.  A Vince Carter, Tyson Chandler, Kyle Korver… someone who is comfortable in the twilight of his career and can harken back to a season 10 years ago where his team with high expectations got off to a slow start but righted the ship.

Anyways, that guy could be coming later this season via a buyout, but what will really quash all of this talk is winning, which you have to believe the Celtics are about to do.

And finally, Terry Rozier with a new twist on an old idiom

If the Celtics thought they were the big, bad bullies in the East before, they should know now they need to at least earn that title. Their early-season struggles, which currently have them tied for third in the East, suggest they need to iron out a number of issues first.

“We’re supposed to be the best shit walking since sliced bread — or however you say that line,” Rozier said prior to the Bulls blowout. “But it ain’t looking like it. And that’s just getting exposed every game. We’re getting ran at every game.”

The Athletic — Celtics now understand the east will be a battle

Take it from a guy whose favorite thing to put on bread is spaghetti, sugar and ranch (I know it’s crazy but I still haven’t tried one), the Celtics are not yet the best shit walking since sliced bread. But let’s not give up on them, or on this wonderful idiom just yet.