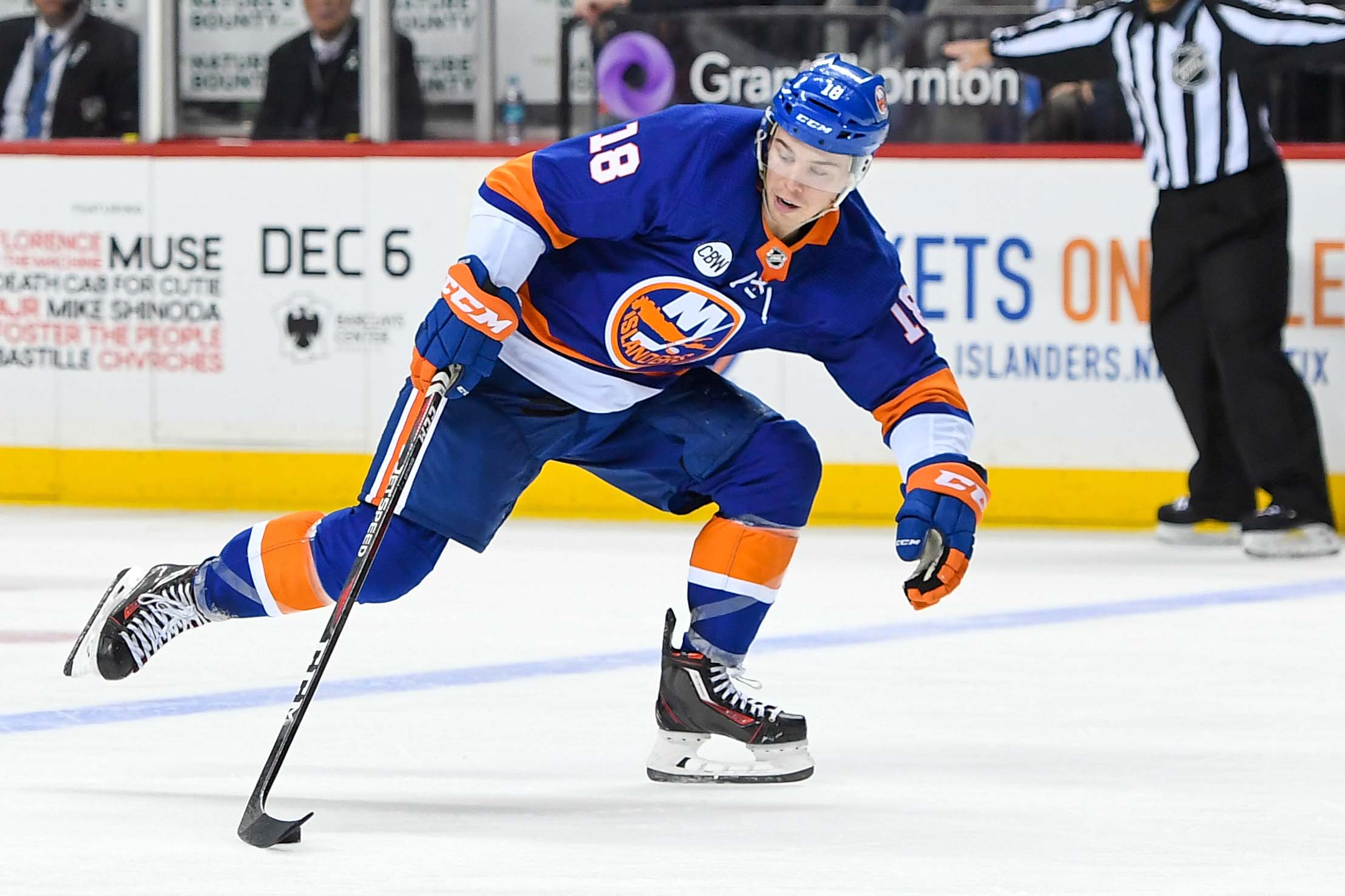 NEW YORK — It was a little under two weeks ago that Islanders head coach Barry Trotz stood behind the podium and explained why he was being so patient with Anthony Beauvillier, despite a slow start this season.

On Thursday, Beauvillier proved why Trotz’s patience was the right move. The young forward had a four-point night and recorded his first career hat trick in the Islanders 7-5 win over the New York Rangers.

“I know he’s been hard on himself,” Trotz said. “Wondering what’s going on and in terms of when is he ever going to score. I just think he got in a good place the last couple of days and obviously he got an opportunity playing with (Valtteri Filppula) and Leo (Komarov). He was skating tonight.”

Beauvillier’s three goals came at crucial points of Thursday’s win. Down 2-0, Beauvillier was able to redirect a shot from the point by Thomas Hickey over the glove of Henrik Lundqvist to make it a 2-1 game.

“It feels good,” Beauvillier said about his performance. “I was pretty pumped for the game. It was snowing outside, it felt like Christmas and playing the Rangers is always fun. Obviously, it feels good to get the win.”

The 21-year-old had been off to a slow start this season for the Islanders, having scored just once prior to Thursday’s game. Beauvillier’s first and only goal of the season came on October against the Philadelphia Flyers.

Similarly to how Cal Clutterbuck felt relieved after scoring on Tuesday, Beauvillier felt relief after finding the back of the net against the Rangers.

“Coming into this game I was just trying to have fun, compete and just state my identity here,” Beauvillier said. “Just a nice little tip there and got it to go in. Obviously, it’s fun, but a little relief there and I’m happy we got the win.”

Trotz added: “He was hungry for pucks and he wanted to win the battles, and he was skating. He got rewarded for it.”

The 7-5 victory was the Islanders seventh straight against the Rangers at the Barclays Center and their 12th win in their last 13 games against their crosstown rivals. Brock Nelson, Anders Lee, Komarov and Clutterbuck also scored for the Islanders in the win.

The Islanders fell behind early in the game, allowing two goals in the span of 35 seconds to put the Rangers up 2-0.  Beauvillier’s first goal started the Islanders comeback and Brock Nelson scored at 10:38 of the first period to even the game at two.

Beauvillier gave the Islanders their first lead of the game at 2:34 of the second, but Kevin Hayes scored less than a minute later to tie the game. Beuvillier’s goal at 5:13 gave the Islanders a 4-3 lead and they never relinquished the lead.

The Rangers did cut the Islanders lead to just one in the third period off of late goals from Chris Kreider and Filip Chytil, but an empty net goal from Cal Clutterbuck sealed the win.

Thursday’s win came just two hours after the Islanders announced they had placed Casey Cizikas and Andrew Ladd on injured reserve. Cizikas is expected to be out 2-3 weeks and Ladd is out indefinitely.

“We lost two important guys in our lineup today,” Lee said. “We need to fill those shoes and I think (the Beauvillier-Filppula-Komarov) line did a wonderful job tonight. Beau had a great game, but Leo and Fil those are some of the most consistent players we have. That’s awesome to see what they did.”