Six Key Takeaways from the Packers 27-24 Loss to Seattle 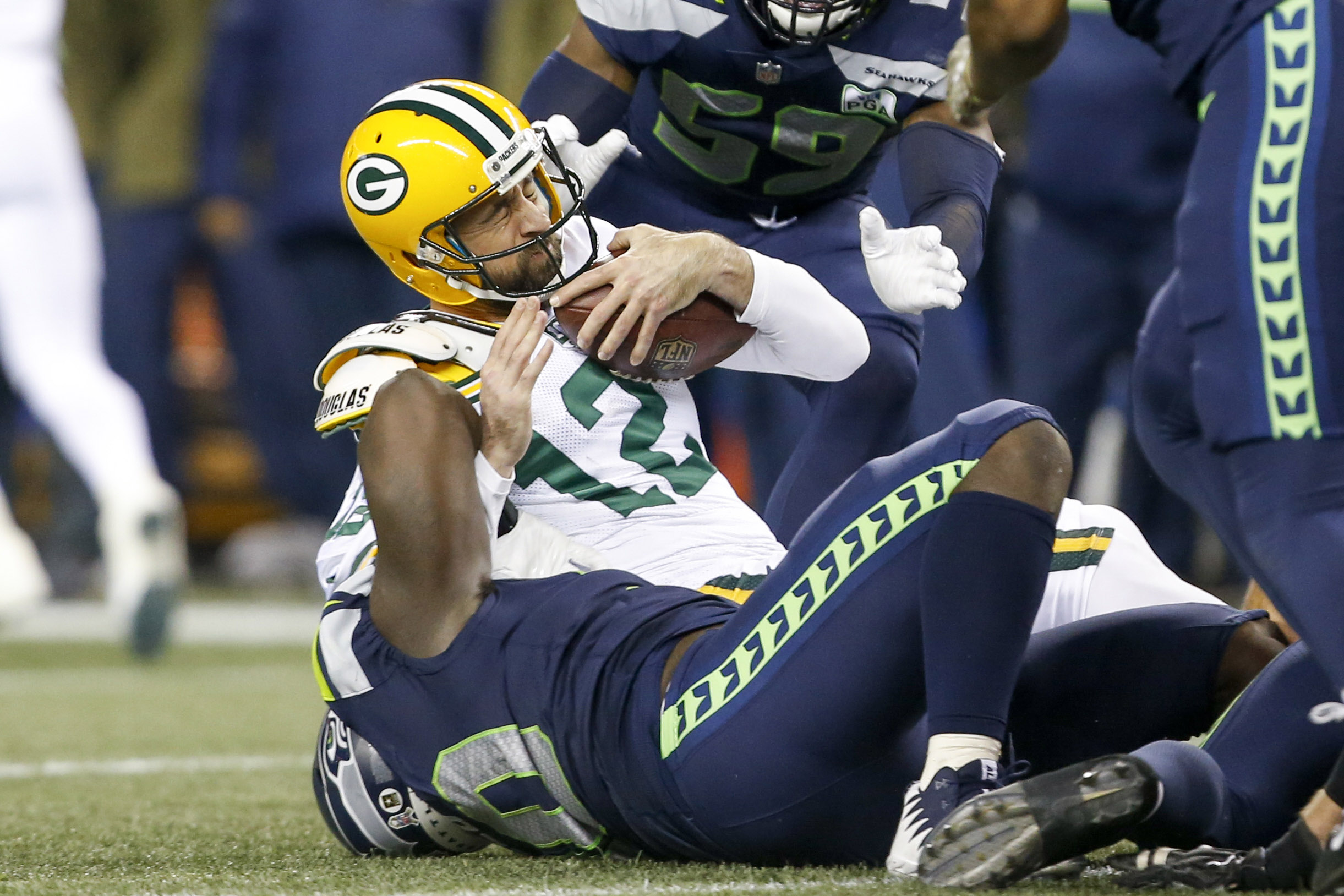 Six Key Takeaways from the Packers 27-24 Loss to Seattle

The Green Bay Packers suffered another tough defeat in Seattle Thursday night, falling to the Seahawks 27-24. With the loss, the Packers drop to a disappointing 4-5-1 on the season. They now face a must win game in Minnesota the Sunday after Thanksgiving.

Here is a look at six key takeaways from this game that has major playoff implications for the Packers.

1. Aaron Rodgers Is Out of Synch

The Packers franchise quarterback came up with several big plays and his final statistics look good on paper, but Aaron Rodgers and the passing offense have no rhythm or consistency right now.

Rodgers is often throwing late, missing open receivers and is not as decisive as he usually is on the field. He is holding the ball too long and isn’t deciding to run with the football until it’s too late to escape the rush.

There could be many reasons for this problem. A lack of confidence in his young receivers could be a big one. In the second half, Rodgers was without Randall Cobb, Geronimo Allison and Jimmy Graham, three of his top four receivers at the start of the season. He is apparently not on the same page as his young receivers and lacks confidence that they’ll read the play the way he does and will be in the right place when he scrambles to extend plays. The knee injury suffered in Week 1 may also be a reason for his reduced accuracy and hesitation to run.

Rodgers may also be frustrated by the offensive play calling and what he views as his lack of support from his receivers.

This is a major problem for the Packers and one they must correct before they travel to Minnesota next Sunday.

2. Davante Adams Is a Special Receiver

Davante Adams had another dominant game despite being the only experienced target Rodgers had in the second half. Adams finished with 10 catches for a career-best 166 yards. He came up big on some long bombs and some shorter routes. The offense clicked when they got Adams the ball early in the game. When Rodgers couldn’t connect with his number one receiver, the offense usually sputtered.

Adams is on his way to his first career 1,000-yard season should merit serious Pro Bowl consideration.

3. Aaron Jones Can Catch the Ball Too

The Seahawks did a pretty good job of containing the Green Bay ground game. Aaron Jones had 11 carries for only 40 yards on the ground. But, just before the half, the Pack put together a great drive that was centered on throwing the ball to Jones. The running back finished the game with five catches for 63 yards and a touchdown.

In the second half, Jones had only six touches and the offense failed to move the ball consistently as a result. Mike McCarthy needs to stick with Adams and find ways to get him the ball whether its on the ground or in space. The Pack needs to put the ball in the hands of their biggest weapons and Jones is clearly part of that group.

4. Kyle Fackrell Is Stepping Up

Outside linebacker Kyle Fackrell was everywhere for the Packers on Thursday night. He finished the game with three sacks, knocked down a pass and ran down several running plays It seemed number 51 was all over the field. Russell Wilson will be seeing Fackrell in his nightmares for the next few days.

Fackrell has stepped up his game and played very well the past four or five games. He now leads the team in sacks. His awareness of what opponents are trying to do and how he fits into the defense has improved with each game. He was the Packers best defensive player of the game by far.

The Packers came into this game thin on defense and that only got worse as the game progressed.

The secondary was already missing key players like Kevin King and Kentrell Brice and then lost two more during the game. Bashaud Breeland left the game with a groin injury. Raven Greene suffered an ankle injury and did not return. By the end of the game, the Packers already thin secondary couldn’t keep up with the Seattle receivers.

The defensive line also lost Mike Daniels who missed the second half with a foot injury. The loss of Daniels really hurt the running defense. Seattle got the ball back with just over four minutes left on the clock. The Packers knew the Seahawks were going to run the ball, but they couldn’t stop them in part because they were exhausted and in part because Daniels, one of their best run defenders, was out of the game.

On offense, Jimmy Graham’s loss was costly and took away one of Aaron Rodgers’ only trusted targets.

6. Mike McCarthy Made Some Questionable Calls

In addition to the failure to get the ball to Aaron Jones in the second half, McCarthy also made some questionable calls in this game. With Rodgers misfiring, he continued to try to throw the ball downfield instead of running shorter routes that would negate the Seattle pass rush and restore the quarterback’s confidence.

He also wasted one, possibly two timeouts early in the second half and then decided not to challenge a catch by Tyler Lockett of Seattle that looked like it may have hit the ground. The play gained 34 yards. But by then, McCarthy had only one timeout and he didn’t want to lose it on a close challenge.

Finally, with his defense tired and depleted by injury, he punted the ball on fourth and two with just over four minutes remaining. The Packers had only one time out left. The odds were certainly better that the Packers could gain two yards than that the defense could stop the Seattle running game and get the ball back.