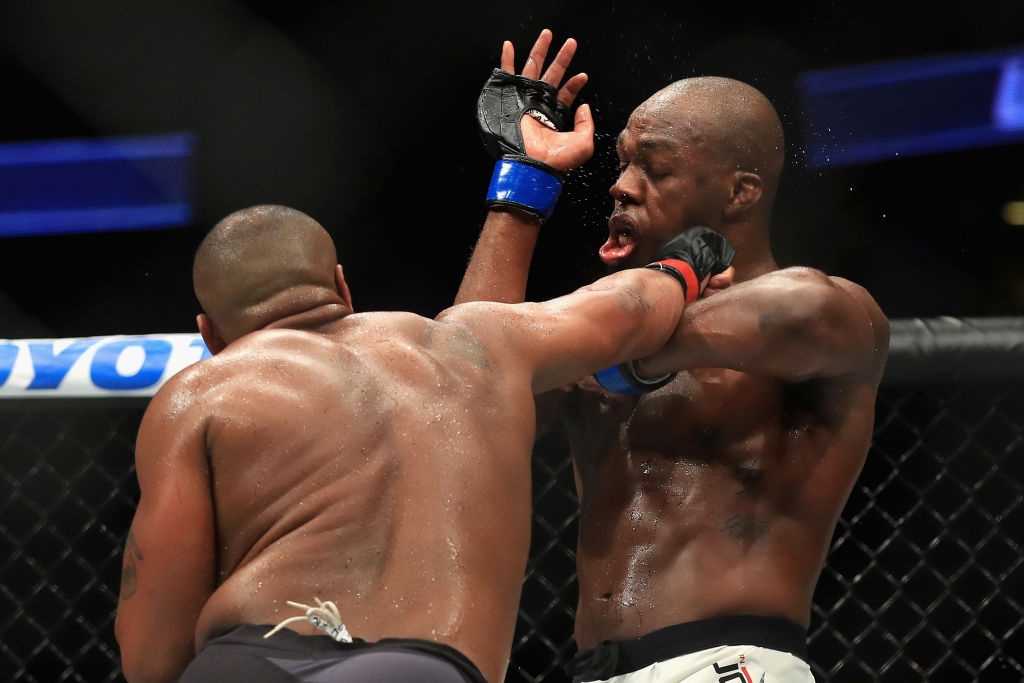 STOCKHOLM, SWEDEN – MAY 28: Golver Teixeira reacts after being punched by Alexander Gustafsson during the UFC Fight Night event at Ericsson Globe on May 28, 2017 in Stockholm, Sweden. (Photo by Michael Campanella/Getty Images)