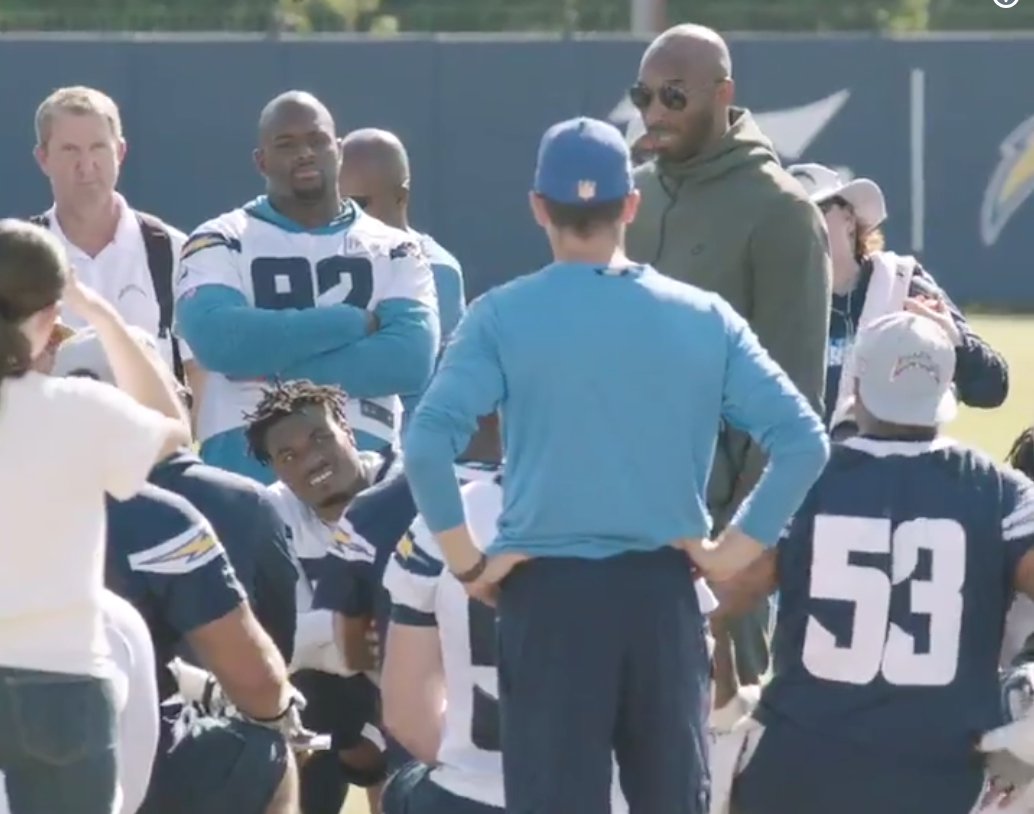 The Chargers received some sage advice from a former athlete who knows a thing or two about winning on Friday.

Five-time NBA champion Kobe Bryant visited the team at Hoag Performance Center on Friday, ahead of Sunday’s divisional showdown with the Broncos.

Thanks for stopping by today, @kobebryant! pic.twitter.com/HBOGL9cTrY

#FightForEachOther should be hyped for Sunday after hearing from this legend today at practice #KobeBryant pic.twitter.com/FPkijefGud

He delivered a powerful speech to fire the team up with some words of inspiration at the perfect time, as the Chargers have seven regular-season games remaining, and are looking to make a playoff push.

Bryant also had this to say about the speech he delivered:

“When you have a lot of success at the start, it becomes easy to become distracted,” he said, via Ricky Henne of the Chargers’ official website. “You start thinking of things you’ve been doing instead of focusing on the moment and where you are right now. So the most important thing was to keep their focus. And then you lose the next week and all of a sudden you’re (freaking) horrible. So you’ve got to keep perspective.”

We expect a strong performance from the Chargers in Sunday’s game, as Bryant was successful on the court throughout his 20-year NBA career, and he clearly knows how to win.