Your Morning Dump... Where it's payback time. 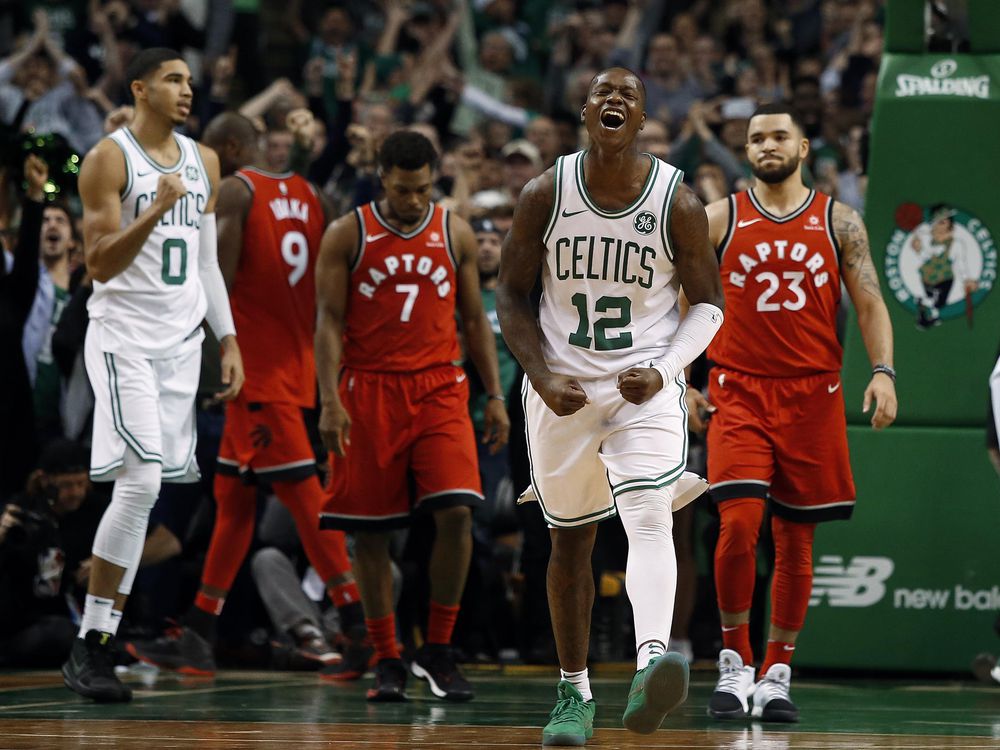 Your Morning Dump... Where it's payback time.

Like most players in the NBA, “one day at a time” talk is the norm when players are speaking about a big game but don’t want to make it any more obvious than it is that it’s you know, a big game.

But for the Boston Celtics, it’s impossible to separate the importance of their next two games at home on Friday and Saturday night against Toronto and Utah, respectively.

They are games not only against quality teams, but teams that have already beaten Boston on their respective home courts already this season.

Now on the Celtics’ turf, Boston gets a chance to return the favor.

“We wouldn’t want it any other way,” Boston’s Terry Rozier told NBC Sports Boston. “We’re trying to get back to playing good basketball so it’s the best way to test us.”

However, these upcoming games against the Raptors and Jazz are chock full of narrative.

The Celtics seem to have gotten healthy in a hurry against a group of guys from Chicago that apparently meet the league’s definition of a “basketball team.” They should’ve won that game by dang near 30, and they did. But, they also should’ve won quite a few games before that–and didn’t.

It remains to be seen if these guys are going to come out tonight as motivated as they were on Wednesday, or if they’re going to come out with a lackadaisical effort that screams, ‘we’re the Boston Celtics, we don’t even need to try to beat you guys.’ If they come out on top of their game, they are going to win–and it’ll be a statement win, too.

However, the team has to demonstrate that they understand why they won on Wednesday.

Page 2: Where we check in on the competition

“Carmelo had a tremendous approach during his time with the Rockets and accepted every role head coach Mike D’Antoni gave him,” Morey said. “The fit we envisioned when Carmelo chose to sign with the Rockets has not materialized, therefore we thought it was best to move on as any other outcome would have been unfair to him.”

And, right there, you have Daryl Morey doing ‘Melo dirty.

I mean, come on, Daryl. The whole dang league knows you screwed this up. Take ownership of it. Don’t say “we’re cutting this guy after barely a month of basketball because keeping him on the team isn’t in his best interests.”

Tuesday I posted a link to my prediction that the Melo experiment was going to fail spectacularly. Understand, I’m not saying I’m some super genius basketball savant. Rather, anyone with an ounce of intelligence could see that Melo wasn’t going to work in Houston. You’re going to put him on a team that already has Harden and Chris Paul? What the heck do you think you’re doing? Playing rotisserie league ball?

Meanwhile, over in Oakland…

Draymond Green isn’t apologizing for his part in a dustup with Kevin Durant that led to a one-game suspension by the Golden State Warriors.

And just what did Green say to Durant?

Green blurted to Durant something along the lines of, “We don’t need you. We won without you. Leave,” sources said.

The Warriors are more or less an accidental juggernaut. They got Kevin Durant because Steph Curry’s ankles put him in a bargain contract at the same time that the salary cap exploded with new TV money.

And he doesn’t know it yet–and probably never will–but Green got pretty darn lucky too.

He’s good enough to be a starter on just about any team in the league. But his star status comes from being, generally speaking, the second worst player on the Warriors most of the time (the worst player, of course, is their ‘insert tall, preferably dirty, slab of human’ center).

That he sees no point in apologizing fits his character as a cheap-shot artist who fell into the best possible situation. He’s completely out of touch with reality, so it’s no surprise that he’s incapable of taking responsibility for his actions.

Green blurted to Durant something along the lines of, “We don’t need you. We won without you. Leave,” sources said.

If Green tells any of the bench guys ‘we won without you. Leave,’ nothing happens. But KD is special, and the front office apparently has special rules for him. And now the whole team knows that KD is off-limits. Anyone wants to get on KD’s case about anything? Guess what. You’re playing with fire.

MassLive: Boston Celtics’ Kyrie Irving has been excellent through 14 games: A closer look at the numbers | Boston Celtics vs. Toronto Raptors: Celtics look to utilize a little momentum vs. East’s top team