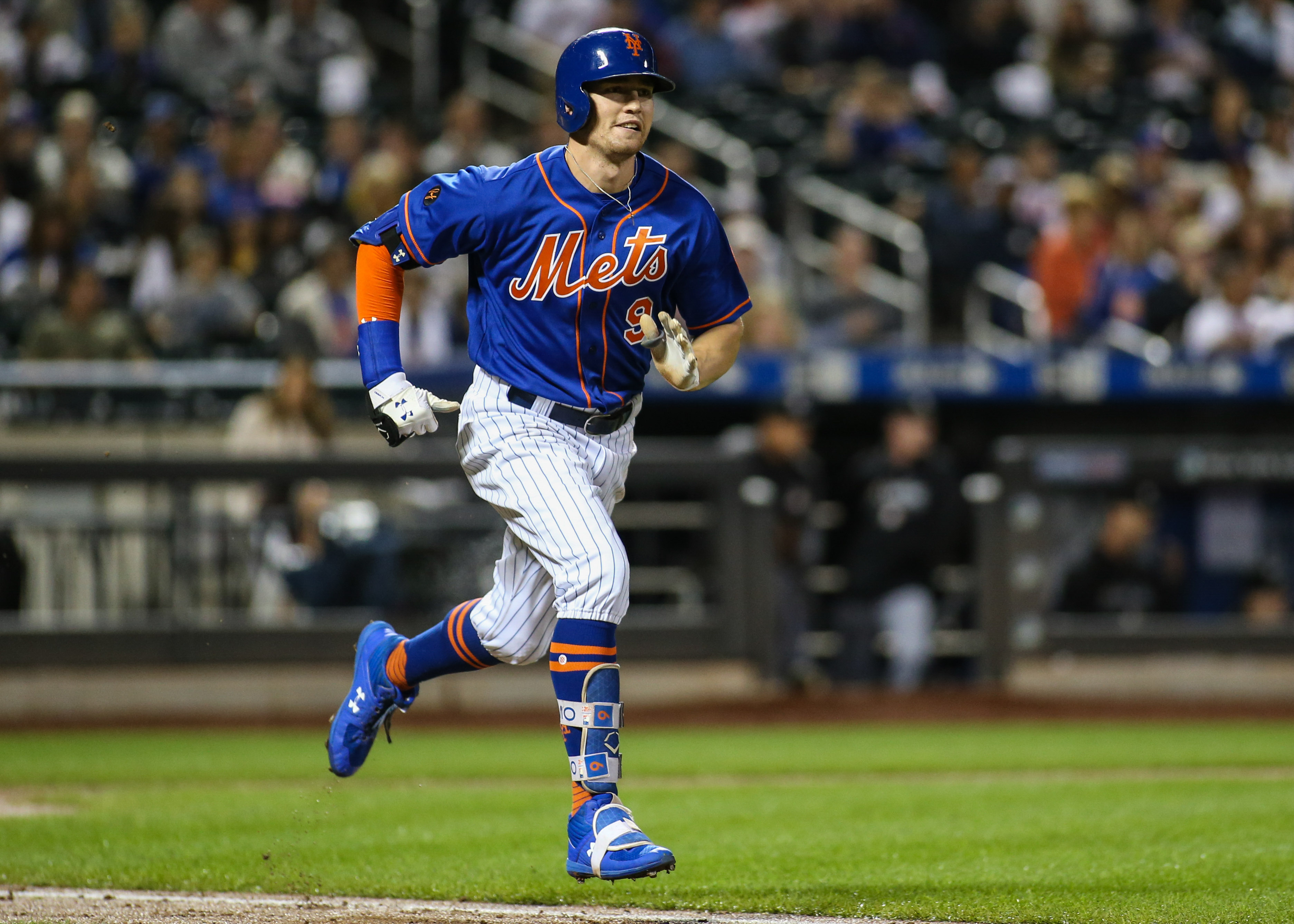 Now that the 2018 season is over for the New York Mets, we have been looking back at the year that was. After taking a more general view of the offense, pitching, and coaching staff, it’s time to take a look back at the Mets’ players. This series will take a look at every player on the roster for the Mets at the end of season from B (Tyler Bashlor) to Z (Daniel Zamora). The review will look at their season statistics, stories, and what role (if any) they will have next season. We continue the series today with a look at outfielder Brandon Nimmo.

Story: Brandon Nimmo was a hot name in the Hot Stove season a year ago, especially since General Manager Sandy Alderson refused to part with Nimmo in potential deals for Andrew McCutchen and/or Josh Harrison. Alderson had a belief that Nimmo would be a good big league player, and Nimmo got an immediate opportunity to start with Michael Conforto slated to miss a month of action while rehabbing from shoulder surgery. Conforto’s quick return ate into Nimmo’s playing time, and he was even sent back to the minor leagues in mid-April when the Mets needed an extra bullpen arm. An injury got Nimmo back to the majors after just a few days, and he spent the rest of the year in Flushing.

The Mets started giving Nimmo more playing time as injuries took a toll on the outfield, and he thrived with every day at bats, putting up All Star worthy numbers in the first half. Nimmo slotted in at the top of the Mets’ batting order and was a natural there thanks to his incredible eye at the plate, which was evidenced by his sterling .404 on base percentage. The Mets also enjoyed a surprising power boost from Nimmo, who racked up 53 extra base hits on the year. Nimmo spent a lot of time in center field at the beginning of the season but began to play in the outfield corners more once the team acquired Austin Jackson, which looked to be a better fit for him defensively. In a year filled with a ton of disappointments for the Mets, Nimmo was one of the few positives to emerge as a potential building block for the future.

Nimmo was expected to platoon with Juan Lagares entering the year and ended up getting the third most at bats on the team behind Amed Rosario and Conforto. The fact that Nimmo was able to be such a positive contributor on the offensive front was a pleasant surprise from a player who hadn’t demonstrated a ton of offensive potential in his limited opportunities prior to 2018.

Nimmo is a lock to be back with the Mets in 2019 and should start in the outfield, but what position he plays remains to be seen. In an ideal world, the Mets would acquire a true center fielder so Nimmo could stay in right field, where he is a better defensive fit. If the Mets are unable to move Jay Bruce this winter, Nimmo could start the year in center field again. Nimmo can certainly play there if necessary, but the Mets’ best alignment involves Nimmo and Conforto in the outfield corners with either Lagares or a new center fielder between them.

Check back tomorrow as our Player Review Series continues with a look at starting pitcher Corey Oswalt!