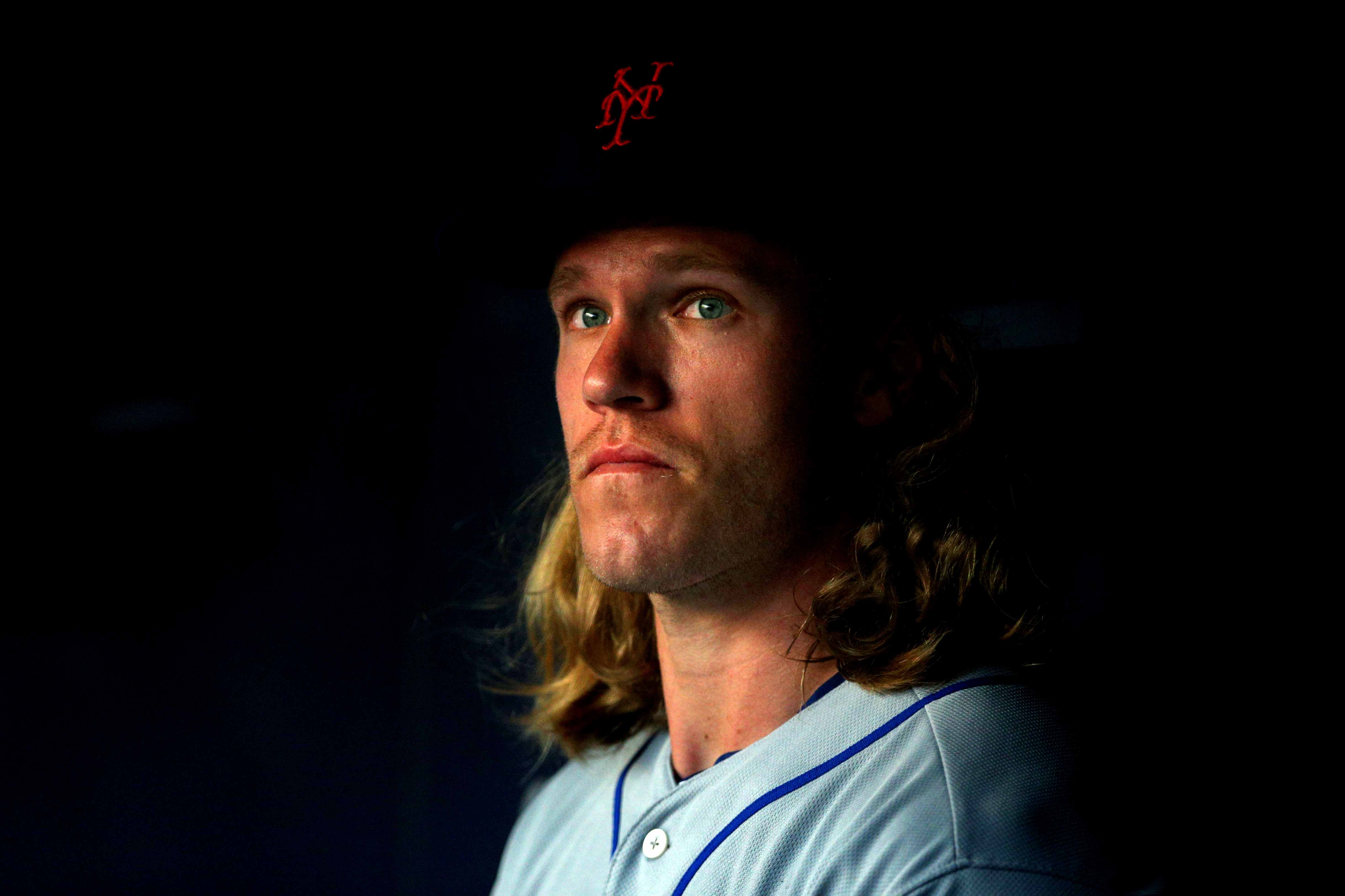 I woke up to this yesterday:

The #Padres are reportedly interested in acquiring the #Mets' Noah Syndergaard.

These trade rumors, of course, started last summer while the Mets were in the throes of playing like dog shit and everyone was convinced that the only way to restock the farm system was to trade good players for a bunch of prospects. Thankfully, the Mets’ Million GM March decided to not do anything stupid and let the new guy get blamed for ripping Noah Syndergaard from Flushing.

I like to say this every once in a while, just to keep it fresh in everybody’s minds, so forgive me if you have a good memory of what I write and this is repetitive: The Mets aren’t going to pay four pitchers big bucks. Even if the Mets were in the type of financial health that was commensurate with the market they play in, paying four good pitchers multi-million dollar contracts is foolish. For all those who are in love with all of these starters and go on Twitter and Facebook groups and reply “no” to every trade proposal that’s put out there: If the Mets … especially the Mets … sink all of their money into four pitchers, they are going to continue to have offenses that make the Prussian armies of the 19th century look like the ’29 Athletics.

Want proof? How did the 90’s Braves do with three Hall of Fame starters for 10 years? How did the Phillies do after they got Doc Halladay to team with Cole Hamels, Roy Oswalt, and Cliff Lee? Are the Mets’ four starters collectively as good as those guys collectively? No. So it might be time to be a little more open to trading one of these guys.

But thing is, for me … I wish it wasn’t Noah Syndergaard.

Look, I get it. The Mets have holes in their roster and the Padres have prospects. Great. Do you want to give us Fernando Tatis Jr.? I’m sure we can work something out and exorcise the ghosts of Tatis’ father’s Mets existence past 2008. You want to give us Francisco Mejia, who would not only fill a huge hole in the Mets lineup but who San Diego got for Brad Hand, a reliever who had three years of control? We’ll talk. (Think about it, if the Padres are able to use Mejia to turn Brad Hand into Noah Syndergaard, they would be hailed as geniuses.) But do you really believe that the Padres would give the Mets Tatis or Mejia for Syndergaard? And even so, it’s not a deal I’d do straight up in either case.

The following a deal that somebody dreamed up on the internet and is currently being distributed as is it’s an actual reported rumor:

First off, LOL at the notion that Juan Lagares and Travis F***ing d’Arnaud, who could both be non-tendered tomorrow, have any value to the San Diego Padres.

Second, and I know I’m becoming the same person I noted earlier in this blog post about saying no to every deal passed through my social media feeds, but Noah Syndergaard is a special talent. If I’m not getting an impact player who is ready to step into a starting lineup right now, and my general manager has already said that the Mets are in it to win it now, then I’m not making a deal anywhere close to this. All three players are Top 100 prospects, but they’re lottery tickets. Syndergaard was a lottery ticket that the Mets hit the jackpot on. I’m not trading that winner for three more tickets.

And I’m sure as hell not trading him before age 26. If this is what we’re going to do … if we’re trading pitchers entering their prime with three years of control left, then let’s just move the team to Oakland because that’s what they’re going to become. Let’s put it this way: Let’s say that they trade Syndergaard for Tatis and Austin Hedges. Now, let’s say Tatis isn’t a bust and he blossoms nicely in his time here. Are we having the same conversation about Tatis in six, seven years before he enters his prime? When does it end? When do the Mets stop forcing themselves to trade players entering their prime because the surround him with the likes of Travis d’Arnaud and Jose F***ing Reyes? When?

You might be fine with it, but I’m not. I want to build around special players like Syndergaard and Jacob deGrom. I want to supplement them with free agent talent and not depend on lottery tickets, and also not depend on Zack Wheeler and Steven Matz to be the big two once Syndergaard is traded and deGrom hurts his arms carrying this team on his back. Trading Noah Syndergaard, no matter the return, would be a huge, huge mistake, but more importantly it would be a sign that the New York Mets have officially moved their operations to Small Marketville … forever destined to stay on the road of letting pure talent walk.