Were the Warriors right in suspending Draymond Green? 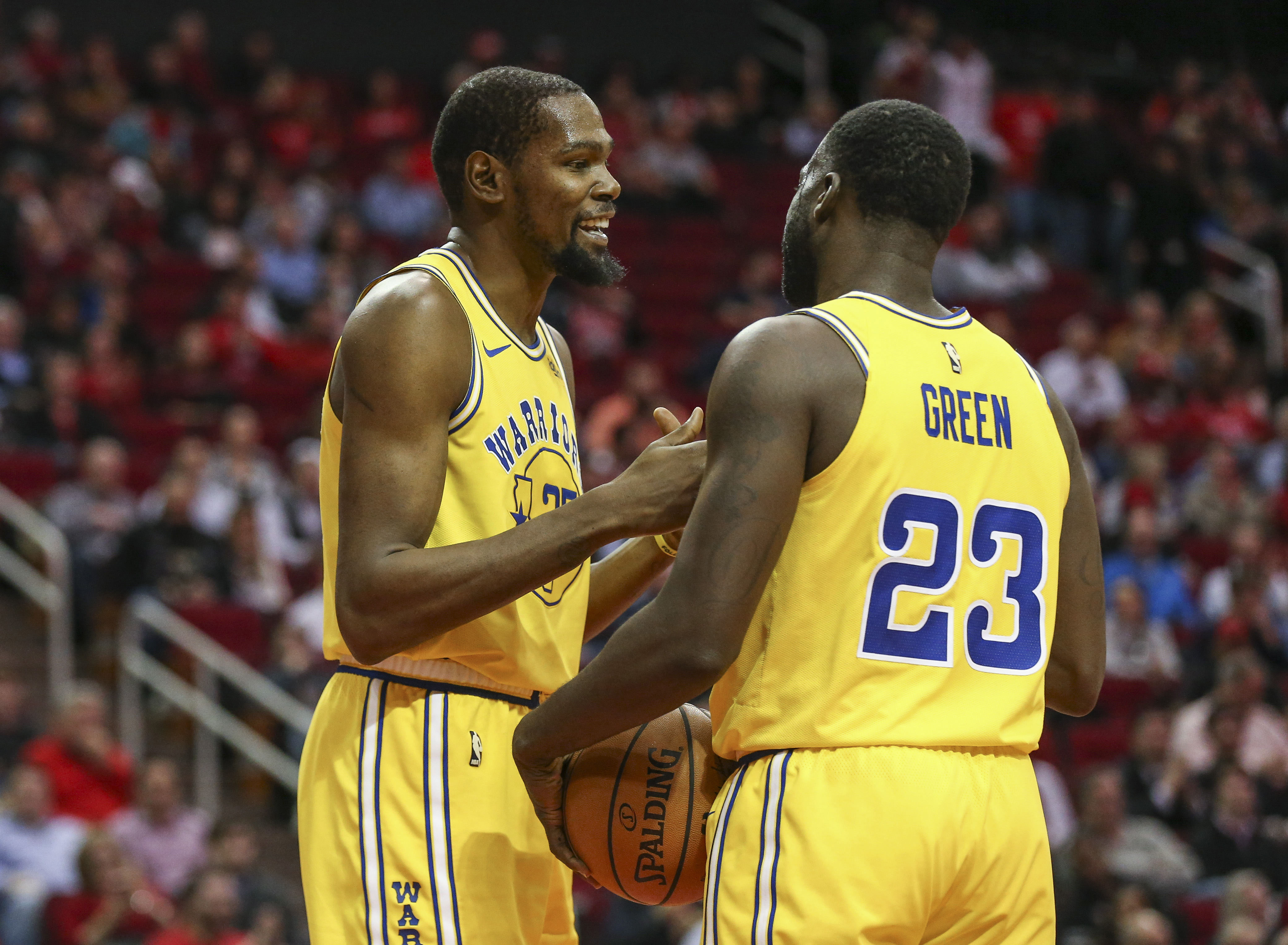 Were the Warriors right in suspending Draymond Green?

Was that the right decision?

The media, always looking for a storyline, viewed it as the Warriors’ front office taking Durant’s side in the situation, trying to show their commitment to him.

If that angle is true, then the Warriors are risking alienating Draymond Green in the process.  Draymond, who was drafted by the Warriors in 2012, grew up in the Warriors’ system, and went from overweight bench player to the best defender in the game.

If Draymond feels the Warriors would choose KD over him, his relationship with the Warriors’ front office would be strained.  He becomes a free agent in 2020, and it’s a real possibility that he walks, especially if he feels spurned by Warriors’ management.

Durant, however, has long been speculated to be leaving the Warriors this coming offseason.  Would the Warriors’ support of him in this feud influence his decision any? Many, like Stephen A. Smith, think he’s already leaving no matter what happens this season.

In which case the only ramification of suspending Draymond was to anger Draymond, who may or may not leave, which is in direct correlation to whether or not the Warriors are title contenders beyond 2020.

But was the punishment warranted?

Draymond Green called Kevin Durant a name no one wants to be called.  Draymond also blew up at KD after Durant questioned Draymond’s decision-making at the end of regulation in the Clippers game.

KD had a point.  Draymond probably shouldn’t have held onto the ball so long as the seconds wound down, and with Durant slightly open for the game-winning shot.

But where many think Draymond crossed the line is when he “dared” KD to leave in free agency.  The Warriors won before he came, Draymond noted. They don’t need KD.

And that’s where the Warriors drew the line.

A team is a brotherhood, a family of sorts.  Players have each other’s backs, just as family members support each other through thick and thin.  And that’s been clearly seen in the Warriors’ culture for the past several years.  They’ve been the epitome of building a championship culture based on selflessness.

However, in this situation, Draymond crosses the humility line into pridefulness.  Do the Warriors really need KD to win a title?  As Draymond reminded him, they did win one without him in 2014-15.

But is KD still a member of the squad, still a teammate, and more importantly, still a friend?  Yes.

While it was in the heat of the moment, Draymond’s comment did cross the line.  And while families always have fights, suggesting that someone no longer be a part of their brotherhood anymore take it a step too far.

The Warriors wanted to send that message to Draymond.  While they support him, and while they may not want to choose sides, a teammate should not ever want another guy, especially a friend, off the team.  A teammate should never dare his friend, even in the heat of an argument, to get out.

The punishment sends that message.  The Warriors’ front office should be applauded with how they’ve dealt with the difficult situation.

And though it risks spurning the hot-tempered Draymond Green, who is absolutely necessary to winning a title, the message it sends about their culture is even more clear: teammates stick together, even in arguments.

Cross that line, and the Warriors will remind you about the culture in Golden State.

And preserving a winning culture of selflessness is arguably much more important than keeping winning players happy at all costs.