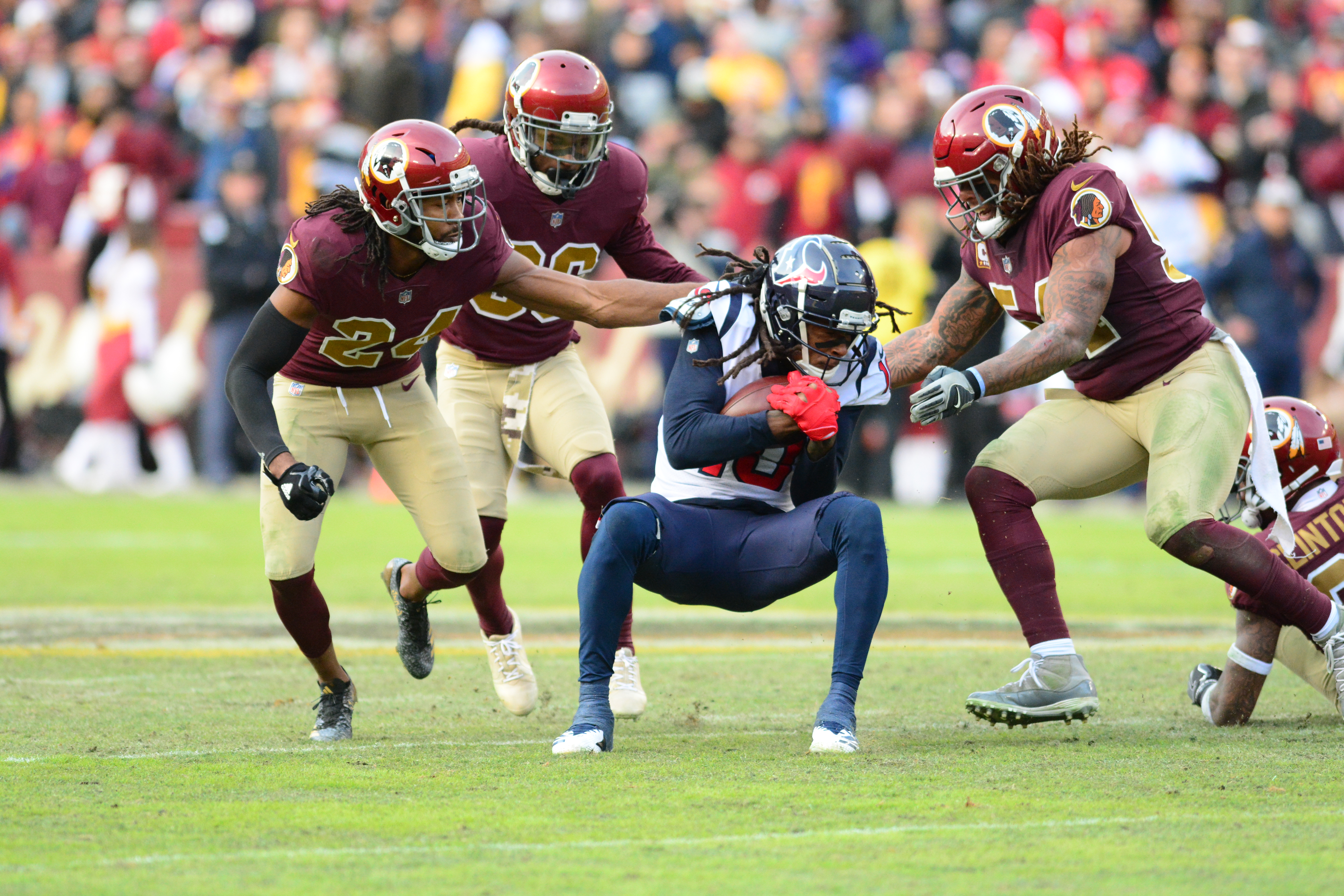 LANDOVER, Md. — Justin Reid intercepted the ball in the end zone and saw nothing but green grass in front of him.

“I saw the daylight and I have to hit it,” Reid said. “I wasn’t going to let anyone stop me.”

Reid’s 101-yard interception return touchdown was the big play Houston needed to overcome a mistake-prone Deshaun Watson and beat the Washington Redskins 23-21 on Sunday, tying the franchise record with their seventh consecutive victory.

From a gruesome, season-ending injury to Redskins quarterback Alex Smith to three turnovers, it wasn’t pretty, but the Texans (7-3) became the first team since the 1925 New York Giants to win seven in a row after starting 0-3.