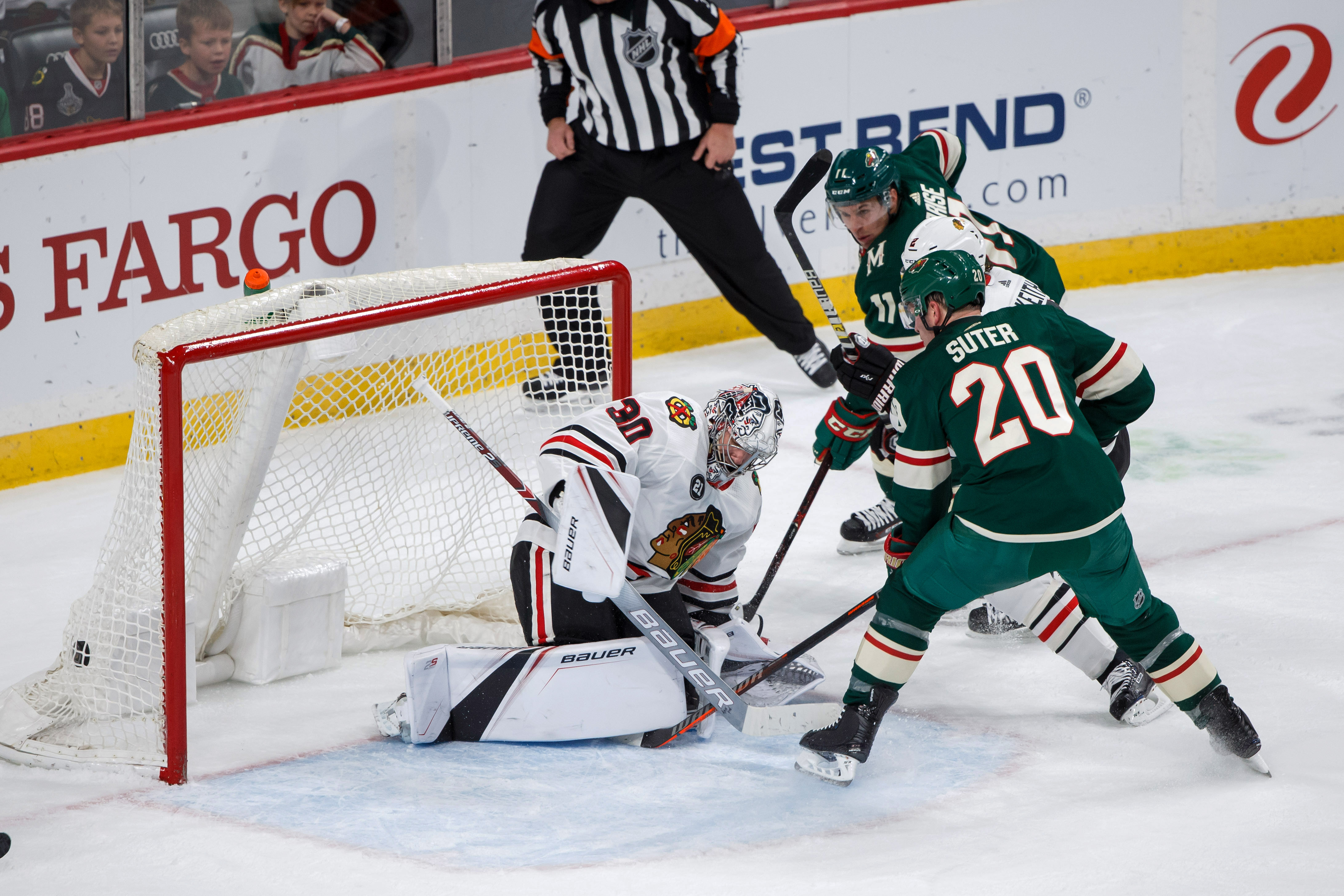 I hope you remember in yesterday’s preview that the Buffalo Sabres that the Wild would be facing were not the Sabres of recent years. I wish that wasn’t the case. I also wish I had been completely wrong about my feelings heading into last night’s game. But when you have a two-goal lead and you let the opposition score three unanswered goals, I’m not sure what one can really say about the situation. Again, I would argue that it boils down to consistency. Yes, the Minnesota Wild are in second place in the Central Division and in second place in the Western Conference and in fourth place overall in the league itself, but it’s nothing really to write home about yet. There’s a lot more of the season still to be played. Depending on the season, December and January have been brutal months for Minnesota. Since Thanksgiving is almost here, it means the the months of doom are almost here. A bad month means that there’s a mad scramble near the end of the regular season to get into the 7th or 8th spot.

Now during last night’s broadcast, I can’t remember which of the Wild’s broadcasters who made this statement, but thinking back it’s true. It’s that after a Wild loss, they usually bounce back with a win (and sometimes a very decided win) in the next game. If that particular habit of the Wild’s game holds true, I will be very happy. There are certain opponents of Minnesota’s that I really, and I mean really, enjoy them beating. Winnipeg, Dallas, and Colorado come to mind, but there’s a special kind of enjoyment that comes from beating the Blackhawks, especially when the game is played in Chicago. I don’t know if the love comes from the old North Stars-Blackhawks rivalry or simply knowing that another loss for the Blackhawks will keep them out of the playoffs for another year. I remember that we attended a Wild game in Chicago early in the Wild’s third season. Yes it was the Cinderella season, but since it was early in the season (because of the weather, I would say it was an October game), no one expected much of anything from this still termed “expansion team.” But then no one was expecting much of Chicago either. These were the days of Dollar Bill Wirtz’s consistent blackout of home games as punishment because the fans weren’t attending the games. It was very much a sparsely attended game. It was an interesting mix of diehard Blackhawks fans, casual fans who received free tickets somewhere, and Wild fans. But here’s the thing, the supposed Blackhawks fans of today, many of them were around during those bleak days. If these current days continue for Chicago, I wonder how long it will take to return to an empty United Center.

Today marks the Wild’s fifth back-to-back series. Strangely, it seems that the Wild get the best play out of the second game of the back-to-back. It also means that since Devan Dubnyk started last night, Alex Stalock will get the start today. Now looking at Stalock’s numbers you might be wondering if he’ll be able to carry this one to victory. Now, his goals against average and his save percentage are kind of “meh.” However, I would say for a backup goaltender, there are probably quite a few teams who would take a backup goaltender with those kinds of numbers any day. However, I think it’s his record that most need to focus on. His 3-0-1 record is decent. However, there’s a story in that 3-0-1 record. All of Stalock’s wins come in the second game of a back-to-back series. I guess with that stat, the Wild should be okay. But it’s not just goaltending where changes are most likely going to be made. Head coach Bruce Boudreau is getting ready to make changes. First, it seems like he’s at the point where he’s ready to break up his top line of Jason Zucker, Eric Staal, and Mikael Granlund. If you’re like me and asked “why” you need to read some Boudreau’s post-game comments. He feels like the line it trying too much to be “too cute.” I saw a bit of that last night, one example where Granlund has plenty of time to dish the puck to another teammate but instead he tried to keep the puck and ended up losing possession. Staal and Zucker are becoming guilty of making dumb passes instead of taking the shot on goal. Boudreau also is willing to scratch Joel Eriksson Ek for lack of “offensive pizzazz.” I mean he’s pleased with Eriksson Ek’s defensive abilities and his overall effort, but until he sees more offensive effort and drive, Eriksson Ek could be in and out of the lineup.

I just hope the tradition of wins after a loss and Stalock getting the start on the second half of back-to-backs means a win for the Wild. It would be nice to get back on the winning track. Especially since after today, Minnesota won’t be back in action until Wednesday, and heaven knows this (historically) isn’t a good team when they’ve had two or more days between games.