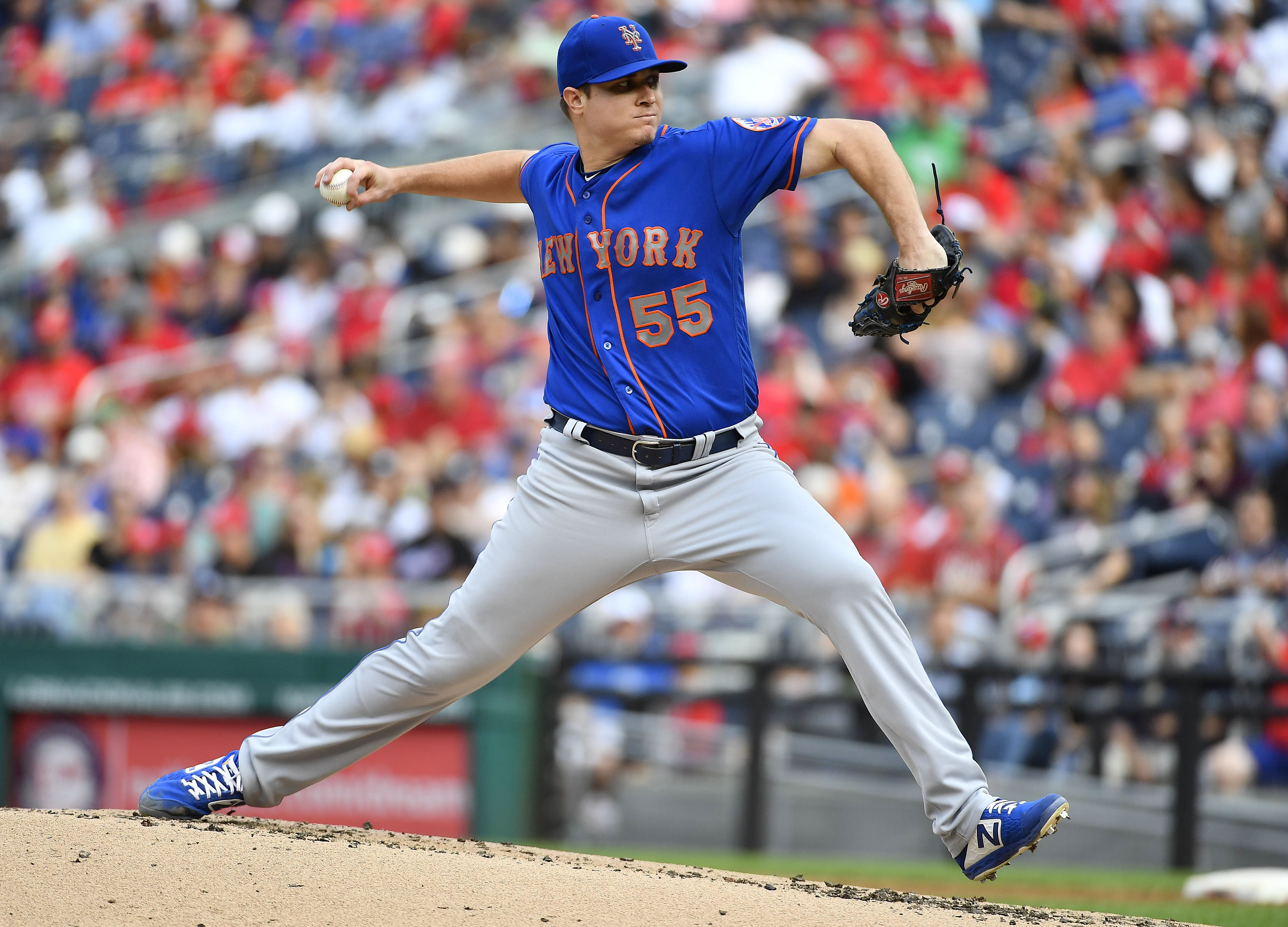 Now that the 2018 season is over for the New York Mets, we have been looking back at the year that was. After taking a more general view of the offense, pitching, and coaching staff, it’s time to take a look back at the Mets’ players. This series will take a look at every player on the roster for the Mets at the end of season from B (Tyler Bashlor) to Z (Daniel Zamora). The review will look at their season statistics, stories, and what role (if any) they will have next season. We continue the series today with a look at starting pitcher Corey Oswalt.

Story: A strong 2017 season put Corey Oswalt on the New York Mets’ 40 man roster, but it was not enough to secure a spot on the Opening Day roster. Oswalt began the year with AAA Las Vegas but earned his first trip to the show in April, tossing 4.2 innings of two run ball in relief against the St. Louis Cardinals. The Mets sent Oswalt back to the minors without a clear opening in their rotation, but he did ride the Las Vegas shuttle a few times before being recalled in late June to start in place of the injured Jason Vargas. Oswalt was hammered in his first big league start, but put together a nice stretch in July, going 1-1 with a 3.60 ERA in four starts. Unfortunately for Oswalt, the Mets chose to give Vargas back his rotation spot when he was healthy, sending Oswalt back to AAA for a few more weeks. Oswalt was recalled again in early August to fill in for Steven Matz in the rotation, and after Matz’s arrival the Mets shifted Oswalt to the bullpen. The bullpen was not a great spot for Oswalt, who was hit hard in several long relief appearances over the next month. Oswalt made one last trip back to the rotation in mid-September, when Zack Wheeler was shut down for precautionary reasons, and gave the Mets three more solid starts to end the. year.

Oswalt was a pleasant surprise for the Mets, showing guts and the ability to pitch effectively in the back of a big league rotation. The splits showed that Oswalt was far more effective as a starter (4.72 ERA in 12 starts) as a reliever (12.54 ERA in five appearances), something the Mets should keep in mind going forward.

Oswalt will be back with the Mets in 2019, but his path to the big leagues will be tricky. With a full rotation at the moment, Oswalt will likely need to out pitch Vargas in spring training to crack the Opening Day roster. If that doesn’t happen, Oswalt will likely start 2019 with AAA Syracuse and be the first call up if one of the regular starters is ineffective or injured.

Check back soon as our Player Review Series continues with a look at relief pitcher Tim Peterson!