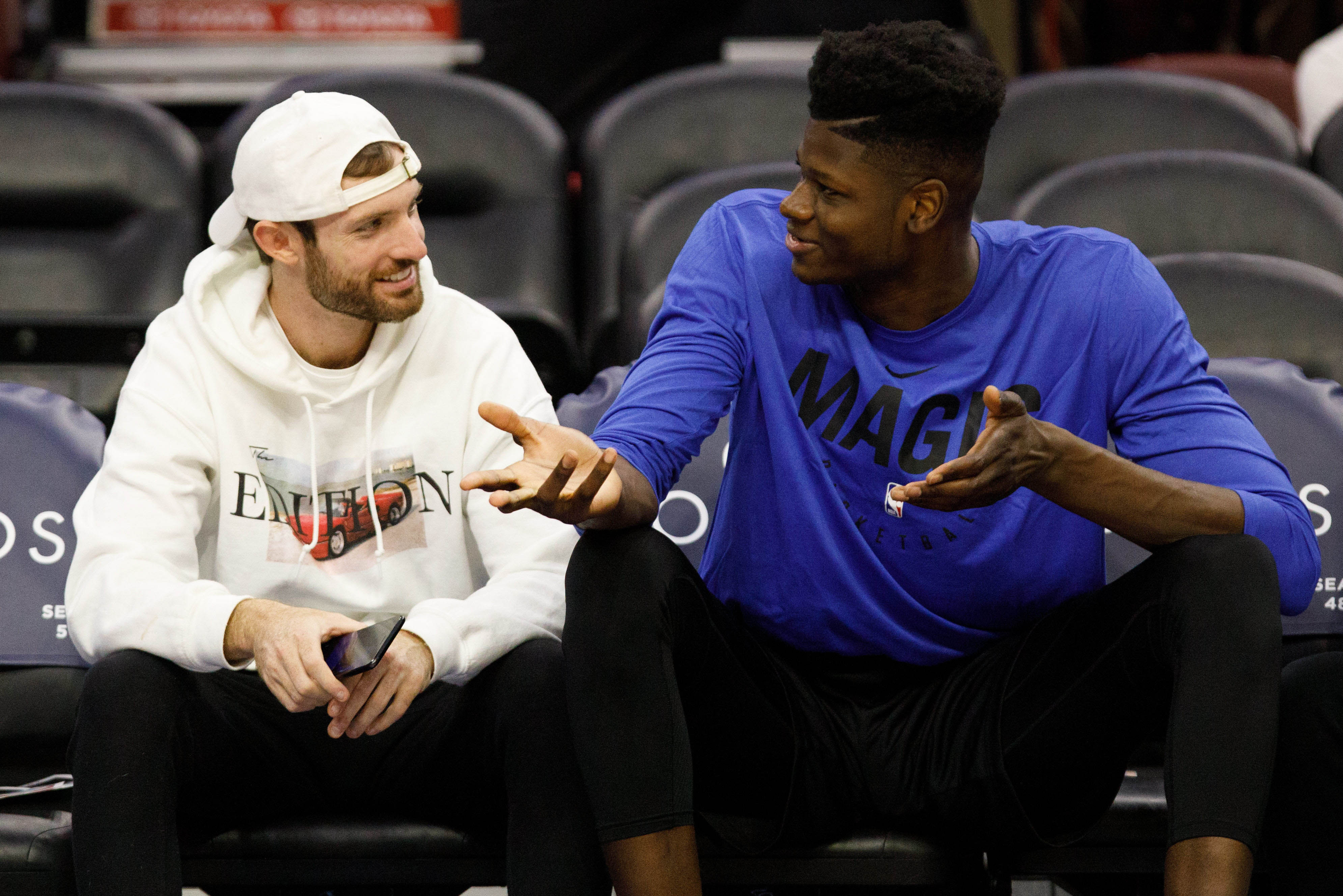 By this point, most NBA fans know who Drew Hanlen is. He played college basketball at Belmont, but has now grown into one of the league’s most respected skills trainer. His portfolio of clients at Pure Sweat has rapidly grown. Hanlen was in D.C. for the Wizards’ games against Orlando and Cleveland to work out with Bradley Beal, Kelly Oubre Jr, Mo Bamba, and Jordan Clarkson. He chatted with Hoop District for a few minutes and you can read the full transcript below.

On the spike in offense across the NBA so far this season:

“I think some of it has to do with the rule changes, both the freedom of movement – like off-ball fouling and then also the shot clock resetting to 14. I think that the game always balances out so I do think that scoring will stay up at the end of the year, but I definitely think that the numbers that you saw out of the gate will come back down to reality as the season goes on, as guys’ legs get tired and as more strategy sets in on the defensive end.”

On what his first major client Bradley Beal worked on this summer:

“We felt Brad had a really good season last year. We were really pleased that he finally got the All-Star recognition we thought he deserved the last couple years. We’ve been working together for over a decade now so it’s more so just making little tweaks and adjustments that continue to improve his game. He’s such a great all-around player that it was more so just putting in the work to keep making sure that we fine-tune the little things that he already excels out, while trying to add little nuances to his game to help him be more efficient as different defenses start to adjust to his strengths.”

“The only thing you can do is put in the work and trust that the results will come. Kelly so far this season has had some really good games and some not so great games. The biggest thing is staying disciplined with your approach, staying disciplined with your shot mechanics and trying to impact the game in other ways that can be consistent: energy, effort, your defensive focus. For him, he’s still very young in his career, still learning and has a lot of room to grow. I thought he was one of my hardest workers this summer so I think he is going to figure it all out and get rolling here shortly.”

On the importance of confidence:

“Mechanics look great [for Oubre]. It’s all about just being disciplined and having confidence when you are out there shooting. So much of shooting is confidence. You can have perfect mechanics and if you don’t believe it’s going in, it’s not going in and you need both. I think by the end of the year, the law of averages will play out and both him and Brad will have good numbers from shooting behind the three-point line.”

On his goals for Pure Sweat: