Your Morning Dump... Where the Celtics toughness is being questioned 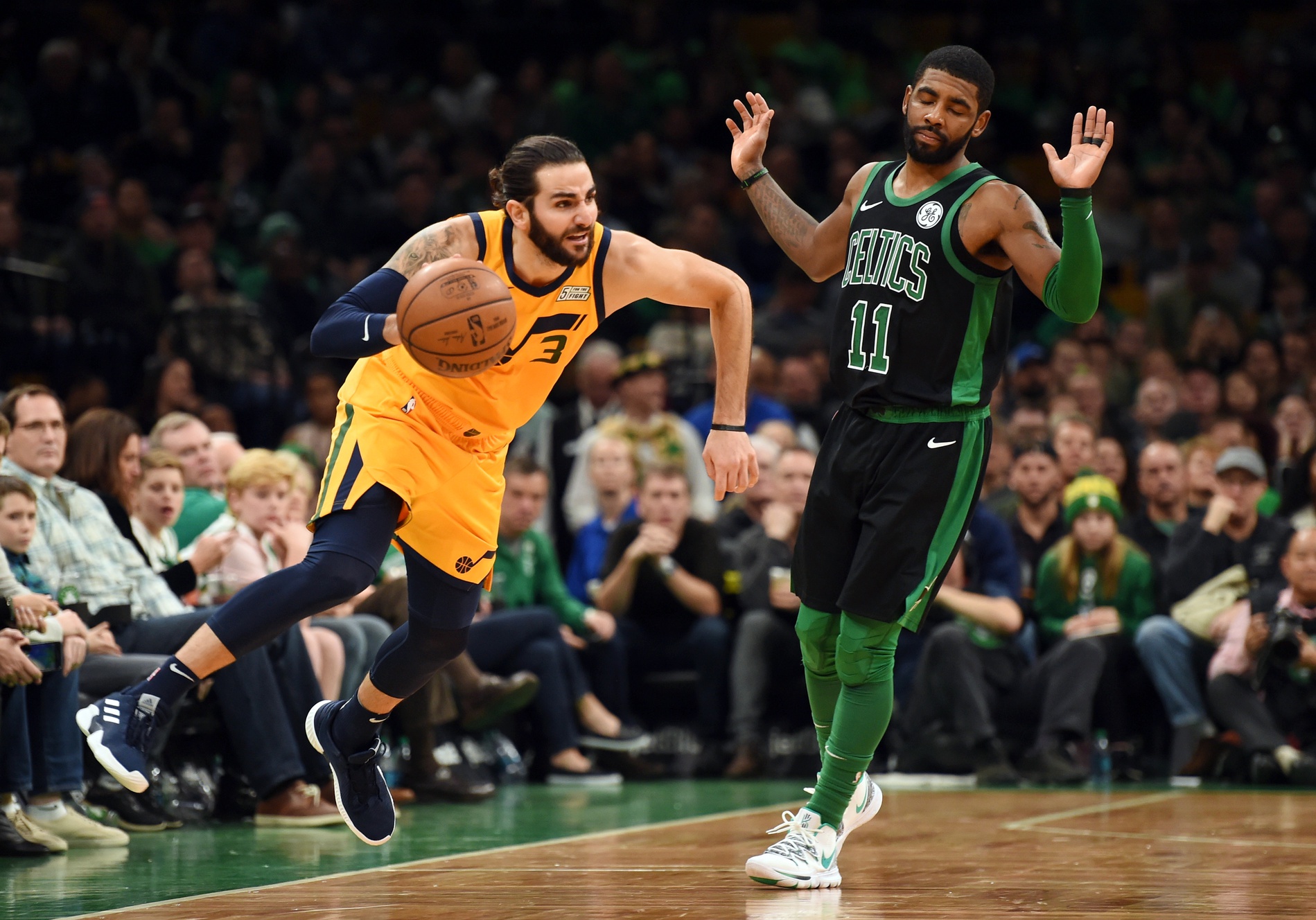 Your Morning Dump... Where the Celtics toughness is being questioned

After the game last night, I asked Brad Stevens if confidence was an issue with this team. Here’s his answer.

“I think that that’s a – maybe there’s something there, with that, with what you’re saying. I think there’s a lot of things that it could be, but at the end of the day, you know, you build confidence through doing hard things over and over and over, because that’s your focus. That’s your intent. Your job is your focus. You know what you’re supposed to do. You perform every assignment, you do it physically, you do it tough, and then all of a sudden, the ball goes in. It’s just kind of funny how it works. They game honors it. You know, I had an old friend that was one of the best NAI coaches ever and coached for 34 years in the state of Indiana, and his phrase that his team used was, ‘The game honors toughness.’ And boy, is that true. You see that. You see that over and over. And so, I would say that if we’re struggling with the ball going in the hole, that we should just lock in to what we need to do better, and that’ll take care of itself.”

He could have said “no” and given some kind of canned answer. He could have stopped halfway through the answer. Instead he chose to relay the “game honors toughness anecdote,” which, when punctuated with the “And boy, is that true,” gave us a look into Stevens’ frustration.

Both teams last night were on a back-to-back and playing their third game in four nights. The extra five minutes of basketball the Celtics played the night before doesn’t explain away what we saw last night.

The Utah Jazz scuffled into this game. They were on the verge of falling apart.

A blowout loss to Dallas….

A hard-fought tough loss to Philadelphia….

I wrote this in my game preview last night.

I don’t think the Jazz are in a good place. They fought back against Philly last night and it didn’t work out. If the Celtics can come out strong, they might take the fight out of Utah.

“I just think that the start of the game for us was a telltale sign as to just how the night was going to go,” Kyrie Irving said after the game. “We get a switch with JT out on Derrick Favors and we kind of expected him to attack and then that’s our first possession of the game.”

Kyrie sees Favors pick up Tatum and he immediately goes to get the ball, he gestures to Tatum to go to the top, and Kyrie gives him the ball back so he has a wide open lane to take Favors off the dribble. Instead Tatum settled for a three.

“After that just the flow of the game and the physicality picked up as Utah does so well,” Kyrie added.

“I would say, thus far, that’s us,” Stevens said. “So, I mean, that’s who we’ve been. We’ve had our moments and had other poor moments.”

The story of this season isn’t ability with these Boston Celtics. They are certainly good enough basketball players to be better than 9-7. The toughness they lack is a willingness to do selfless things in order to win.

Some of this is a natural progression of young players. In many ways, the maturation of a young basketball player can mimic the growth of any child. There is the discovery phase of “hey look at what I can do with my body,” which is followed by a testing of limits.

This, in a sense, is what Tatum and Jaylen Brown are doing. I’m not pinning the Celtics struggles solely on them, but they, frankly, are a very big part of this. Everyone claim some ownership of what’s happening, but Tatum and Brown are simply not taking the steps forward so many of us assumed they would.

For example, take this, on Tatum, from Jay King’s piece in The Athletic

Tatum, like several other Celtics players, has dealt with an adjustment period this season. His shot selection, littered with long 2-pointers, has been addressed repeatedly by the team’s coaches, but as one of them said recently, “He just can’t help himself sometimes.”

“Addressed repeatedly by the team’s coaches.”

How many parents can relate to the “this kid is going to do what he wants no matter how many times I tell him not to” feeling?

It’s hard to say what’s going on with them. Are they not happy with their roles? Did Kobe Bryant “Venom” Tatum and turn him into an iso-happy ball-stopper?

More importantly, what’s the answer here? At what point does this change?

Maybe the Celtics need a more structured offense to put them in the right spots. Maybe the answer is just instituting more structure from the beginning to make sure guys are where they’re supposed to be.

However, considering Kyrie admitted that the Celtics had just gone over the game plan (they had a late afternoon shoot-around), it’s hard to think even that structure would do much.

The inconsistency that we’ve been showcasing, it can be frustrating as a coach and as a player,” Kyrie said. “You expect to play at a certain level,we go over things, we have a kind of free-flowing locker room, Coach just wants us to go play hard for him, and he deserves that. So I don’t blame him for saying we’re lacking toughness at that point of just willing yourself to be in the right spots, and stay disciplined and be smart enough to follow the game plan.”

The Celtics problems are self-made, and more than anything, this team needs a mental jolt. Maybe it’s as simple as a benching, or maybe it’s as extreme as a trade rumor. Whatever it is, there has to be something that snaps this team into focus.

ESPN: The Celtics need some soul-searching after another listless offensive showing

Page 2: At least we can count on the Kings to be the Kings

There appears to be a substantial disconnect between the Sacramento Kings’ front office and head coach Dave Joerger pertaining to the franchise’s priorities and direction, sources told Yahoo Sports.

It’s win now vs. development for the future.

Sources said the franchise is growing frustrated with how Joerger is distributing minutes and assigning roles to the team’s young prospects.

The Kings, at 8-8, are the surprise of this young NBA season. NBA Twitter looks at Sacramento with a smile and says on a regular basis “man, it’s nice to see things finally start to come together for them.”

Of course, that excludes Celtics fans, who have been watching with an annoyance level somewhere between “trouble getting a zipper unstuck” and “three hours stuck on the Expressway on a Monday morning.”

The Celtics, of course, own Sacramento’s pick if it falls anywhere besides number one overall thanks to the Fultz-Tatum trade with Philadelphia. While one half of that trade has been pretty fun, the other half has been problematic.

Thankfully, the Kangz are going to kang this up for us in a hurry. Either Dave Joerger is going to toe the company line and change how he uses guys or Sacramento will find someone who will.

Personally, I think there’s value to showing young players what it takes to earn minutes. I get the need for them to actually play and develop, but there’s also a need to learn the process of practicing, getting better, and earning their way onto the court. There has to be a balance.

But the Kings are the Kings and it seems like only they can be pissed at winning too much. I can’t imagine being a Kings fan who has been going to games, enjoying some wins, and learning to love this team and then reading the coach is in trouble. What a mind-fuck that has to be.

We in Boston should be thankful for their King-ing. All we need now is the Kings to go in the thank and someone with the number one overall pick over-think it and not pick Zion Williamson.

How high can Zion Williamson jump?

He'd still be able to dunk if they raised the rim this much 👀 pic.twitter.com/8XUrqFJbiB #SportsGameApp

Mitchell went to high school at Brewster Academy in New Hampshire. I like Mitchell. He seems to be a pretty genuine, good guy.

NBCSN Boston: Brad Stevens sends message by emptying bench against Jazz  | Brad Stevens: We might have to figure out our best groups moving forward  |  Jazz subtly trolled Gordon Hayward after block, and Utah fans loved it  |  Jazz hum along in handing the Celtics a second loss this month  |  Here’s what happened in the Celtics’ 98-86 loss to the Jazz