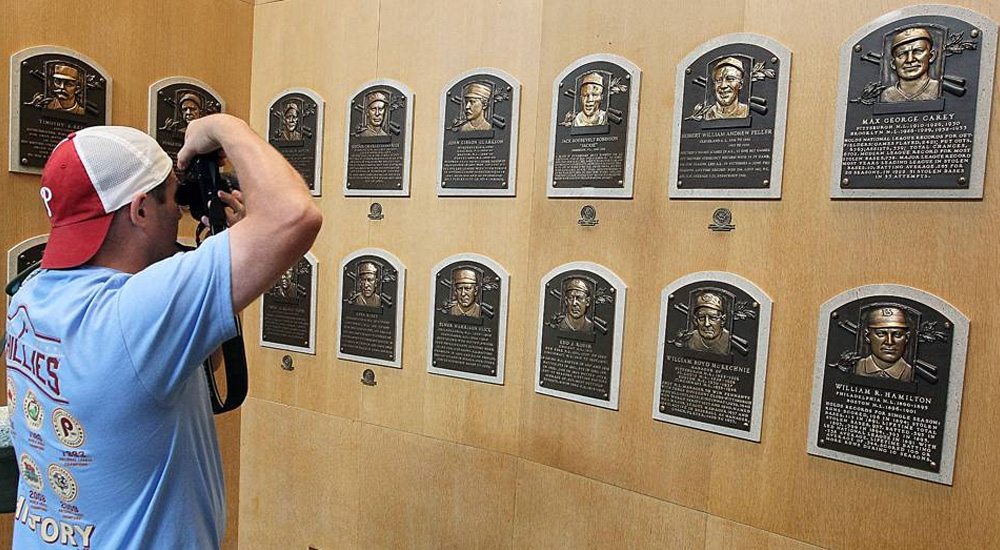 It’s not really on anyone’s calendar…it just sneaks up on you.

Monday, the BBWAA released the 2019 ballot and, once again, it’s stacked. Joining the fifteen holdovers from last year’s ballot are twenty new players for fans to argue their inclusion (or not).

Included are some obvious shoe-ins, some good “on the bubble” guys and, of course, a pair of former Boston Red Sox favorites that will, for sure, get a vote or two from Beantown writers.

So, with just two months until the eventual 2019 Hall of Fame class is revealed…let’s get to the first ballot nominees!

MARIANO RIVERA.  In 2016, Ken Griffey Jr. appeared on a record 99.32% of the Hall of Fame ballots submitted (437 of 440)…it’s possible Mariano Rivera could beat that. Seriously, baseball’s all-time saves leader (652 regular season saves) could be that close to heading to Cooperstown on every single ballot. Think about it.

ROY HALLADAY.  There are a number of reasons the late-hurler should be a lock for Cooperstown, but let’s start with his two Cy Young Awards and .659 winning percentage. Dude was the epitome of a Hall of Famer when he played and as cliché as it sounds…gave his team a legit shot at winning every single time he took to the bump.

TODD HELTON.  Plenty of people are going to dismiss Todd Helton as a product of Coors Field. It’s true, while he did benefit from playing his entire career for the Colorado Rockies…the guy wasn’t exactly a slouch on the road. Still, if you’re putting baseball in Denver, you can’t shame the players who did well there.

ANDY PETTITTE.  On paper, Andy Pettitte is on par with fellow should-be Hall of Famers Mike Mussina and Curt Schilling. Add to that his postseason career (19 wins and five World Series rings) and dude should be a shoe-in. All that aside, how do we handle his 2007 confession to using HGH for “two days” back in 2002?

LANCE BERKMAN.  There was a time during his career, where you might have been able to argue Lance Berkman’s Hall of Fame chances. Unfortunately, there aren’t a lot of players with fewer than 2000 career hits and not a ton of black ink banging down the doors of the Hall of Fame.

ROY OSWALT.  Roy Oswalt is a lot like Johan Santana…minus the hardware. And like Santana, it’s possible Oswalt might not even make it to a second ballot.

JUAN PIERRE.  614 stolen bases places Juan Pierre among baseball’s best all-time. That said, the best of the best swiped 1406 of those jokers and there’s not a person alive who is going to confuse Pierre for Rickey Henderson.

MICHAEL YOUNG.  Somewhere there is a Hall of Fame that would love to have a guy like Michael Young among its members. Sadly, it isn’t in Cooperstown. That said, the longtime member of the Texas Rangers totally deserves whatever adulation the team heaps upon him.