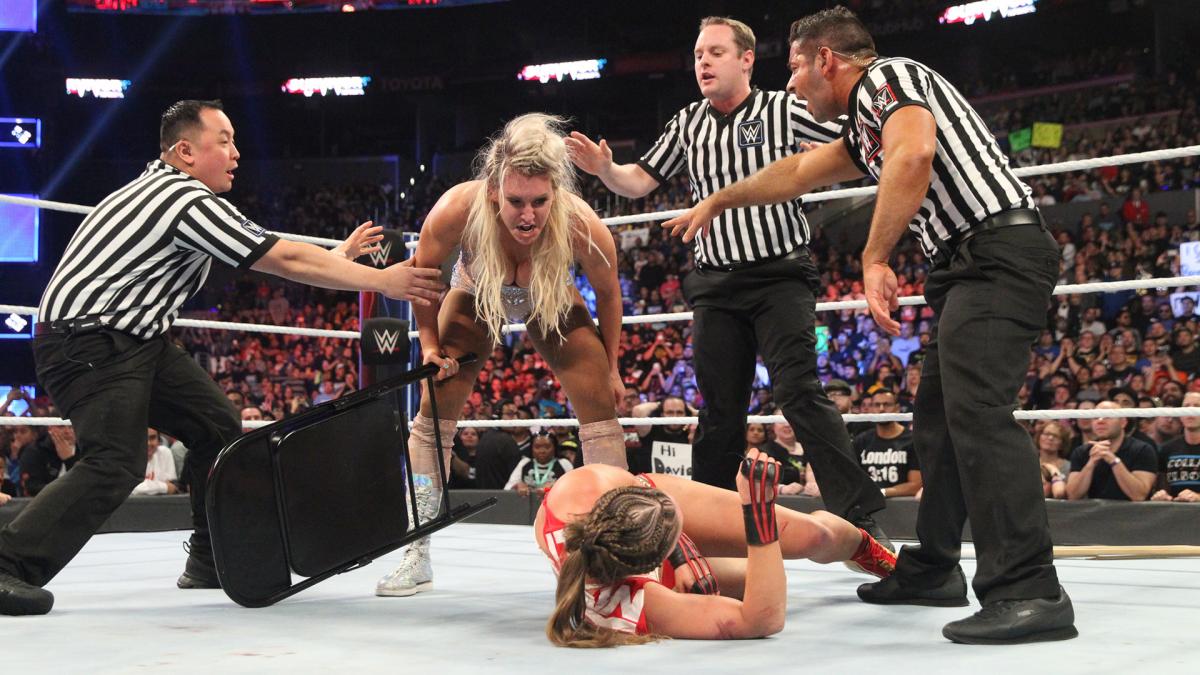 In a turn of events that was WWE Survivor Series, Charlotte Flair stole the thunder of the Smackdown Women’s Division. After rival Becky Lynch handpicked Flair to take her place in facing Ronda Rousey, it seemed that the two were on the same page once more.

And perhaps they are. After their brutal Last Woman Standing match at WWE Evolution, both women have seemed to have gained a deeper respect for each other. With Lynch’s unfortunate concussion and broken nose, it made sense to have Flair step up to Raw’s Golden Girl in Rousey.

In a match that many billed as a top contender for the main event at WrestleMania, the hype certainly was real followed with a surprise that even fans didn’t see coming. The match was fast paced and intense, but the brutalization of Flair is what stands out the most.

Even though Flair came into this match with an attitude, that impression increased as both she and Rousey attempted to put each other down.  In a series of takedowns and hits both women threw everything they had in the ring on Sunday.

When it seemed that Flair’s array of skills and tricks wasn’t enough to take Rousey down, Flair snapped in what was a shocking moment for the Women’s Division.

Consider the buildup to the brutalizing moment for Flair, who was unable to oust Lynch in the Last Woman Standing Match. Her confidence had seemed to falter, and much like Lynch, Flair looks to have gotten a dose of her own medicine courtesy of Rousey.

Flair certainly grew characteristically in both of these matches, which is something that was much needed. Last Woman Standing with Lynch was career-defining, but the match with Rousey was nothing short of iconic.

With her comments on social media following the match, it looks to be that Flair has shifted to a heel turn. Or, her attitude has certainly gone in a new direction en route to WrestleMania season. Either way, Flair’s actions will determine her route going forward.

Flair has already made so much history that moments like last night are what she needs more than another Championship reign.  After what happened at Survivor Series on Sunday, it is the reincarnation of The Queen, indeed.