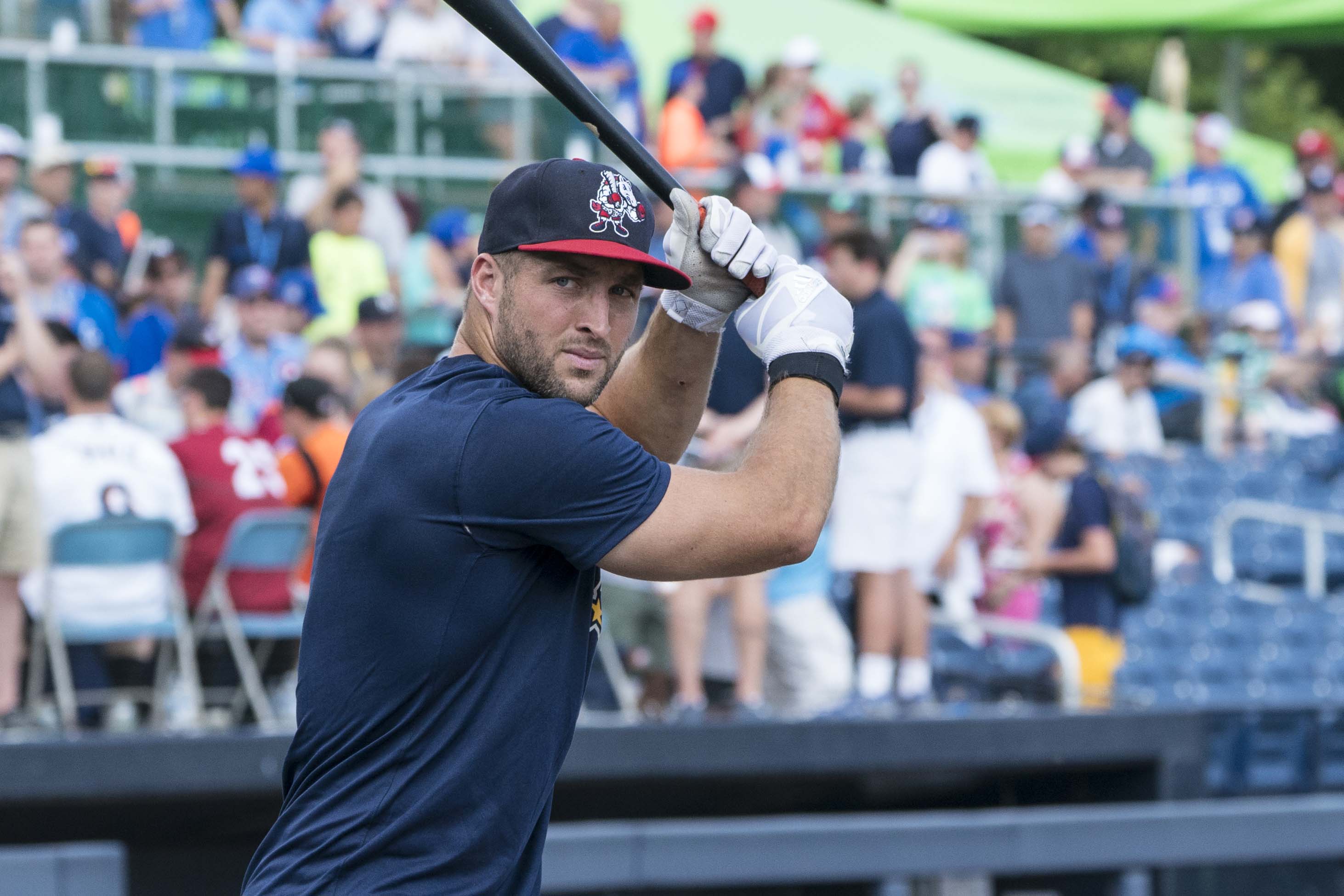 Now that the 2018 season is over, Minor League Mondays will take a look at each of the New York Mets’ minor league affiliates over the next several weeks. This series will take a look at each affiliate’s season highlights, top prospects, interesting promotions, and more. We continue our climb up the minor league ladder today with a look at the Binghamton Rumble Ponies of the Eastern League.

Story: After making the playoffs in 2017, the 2018 campaign was a setback for the Binghamton Rumble Ponies. The Ponies finished with a record that was 21 games worse than their 85 win 2017 campaign, finishing well out of playoff contention. A lack of impact prospects at the AA level, particularly after Jeff McNeil and Peter Alonso were promoted to Las Vegas at mid-season, hurt the Rumble Ponies’ ability to contend. The loss of Tim Tebow to a season ending injury also didn’t help, but the Rumble Ponies will look to bounce back next season under the guidance of manager Luis Rojas.

The Tebow Factor: The Rumble Ponies were the beneficiaries of Tim Tebow’s presence on the roster in 2018. Tebow spent his entire year in Binghamton and even made the Eastern League’s All Star team by batting .273 with six home runs and 36 RBI’s in 84 games. Unfortunately for Tebow, his year came to a premature end in mid-July when he suffered a broken hamate bone in his right hand.

Top Promotion: It was Christmas in July for the Binghamton Rumble Ponies when the team celebrated a Rowdy Story in July on the 21st. The first 1,000 fans in attendance at the game received a special bobblehead featuring Rowdy, the Binghamton Mascot, paying tribute to the classic movie “A Christmas Story” by licking the foul pole and having his tongue stuck to it. The Rumble Ponies also partnered with the Salvation Army to help raise money for a good cause that day.

2B Jeff McNeil: McNeil, the Mets’ 12th round draft pick in 2013 out of Long Beach State, had a breakout campaign in 2018. In 57 games for the Rumble Ponies, McNeil tore the cover off the ball, batting .327 with 14 home runs and 43 RBI’s and a ridiculous 1.029 OPS. Those numbers earned McNeil subsequent promotions to AAA Las Vegas and the Mets. McNeil received the organization’s Sterling Award, the equivalent of a team MVP award, for Binghamton.

RHP Justin Dunn: Dunn, the Mets’ first round draft pick in 2016 out of Boston College, started the year in High-A St. Lucie before quickly earning a promotion to AA Binghamton. The Mets let Dunn finish the year with the Rumble Ponies, where he went 6-5 with a 4.22 ERA in 15 starts, and he struck out 105 batters in 89.2 innings pitched to boot. Dunn, who is currently rated as the Mets’ fourth best prospect according to MLB.com, was named the organization’s minor league pitcher of the year in 2018. The Mets are expected to have Dunn begin 2019 with AAA Syracuse.

RHP Franklyn Kilome: Kilome, who the Mets acquired from the Philadelphia Phillies in exchange for Asdrubal Cabrera this summer, finished his season with the Rumble Ponies. After posting a 4-6 record with a 4.24 ERA for the Phillies’ AA team in Reading, Kilome pitched better with Binghamton, pitching to a 4.03 ERA in his final seven starts of 2018. Kilome, who is rated as the Mets’ fifth best prospect according to MLB.com, had his road to the majors hit a speed bump when he underwent Tommy John surgery last month. The procedure will knock Kilome out of action for the entire 2019 season, delaying his development at a critical juncture.

Check back next week as continue our Affiliate Review Series with a look at the Las Vegas 51’s of the Pacific Coast League!