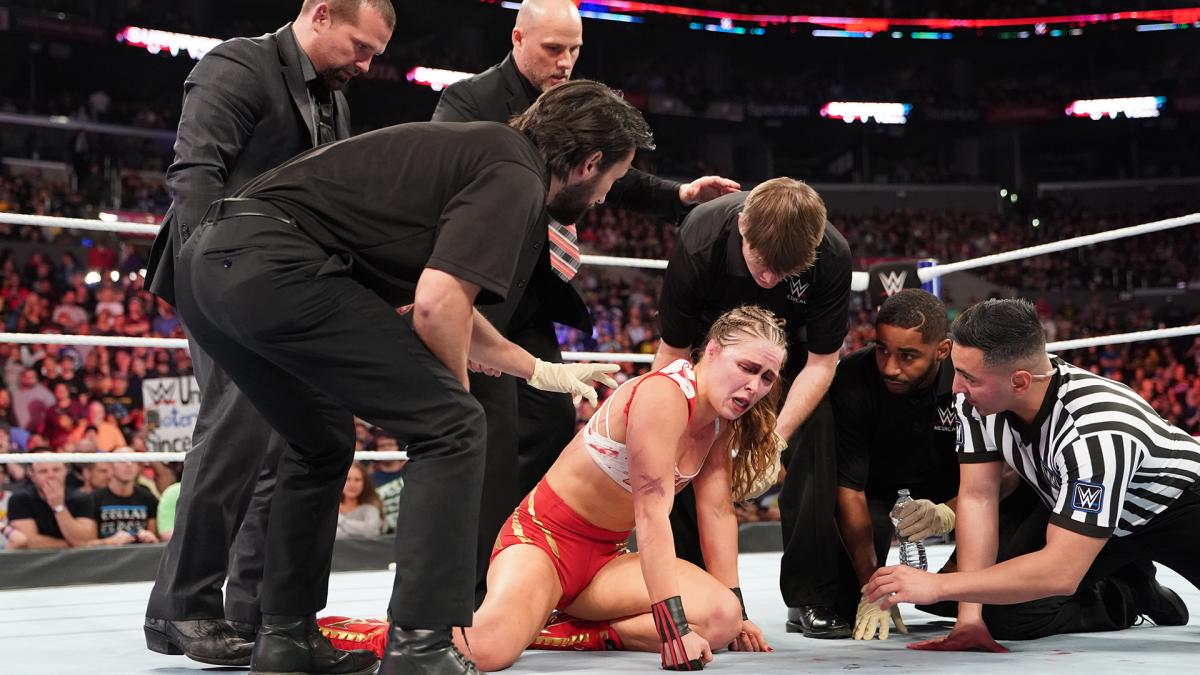 Ronda Rousey and Charlotte Flair waged war at WWE Survivor Series on November 18. The match was hard-fought, it was intense and it was the controversial first chapter in their budding rivalry.

It was controversial due to Charlotte’s shocking heel turn at the end of the match. The bout was shaping up to be an instant classic when The Queen inexplicably brought it to a sudden stop with not one, but two kendo sticks. She brutalized the Raw Women’s champion and even used a steel chair as well.

But The Baddest Woman on the Planet made her feelings about the assault known on Twitter.

Charlotte’s attack on Rousey seemingly came from out of nowhere. It could even be said that Flair actually had the advantage up to the point of getting disqualified, which made the attack even more bizarre. Charlotte Tweeted her thoughts on the attack as well.

Flair was the last minute replacement for Becky Lynch, who was unable to compete against Rousey. Lynch’s absence was due to receiving a broken nose and concussion on the November 12 edition of Monday Night Raw. The SmackDown Women’s champion chose Charlotte to take her place, which led to Flair versus Rousey at Survivor Series.

Becky’s decision to choose Charlotte came as a surprise to many fans. The two Superstars had been feuding since SummerSlam, with Lynch playing the part of the villainous heel. But the WWE faithful continued to support her during the feud and her name was even chanted at Survivor Series, though she was not on the card.

It’s unknown what will happen between Rousey and Flair after Survivor Series. Many fans believed the two would main event WrestleMania 35 and that may still happen. The timetable for Lynch to get back in the ring is unknown as well and fans are surely curious how she will respond to Charlotte’s attack on Ronda.