The Real End to the Baseball Season: 2018 Glendale Desert Dogs in Review 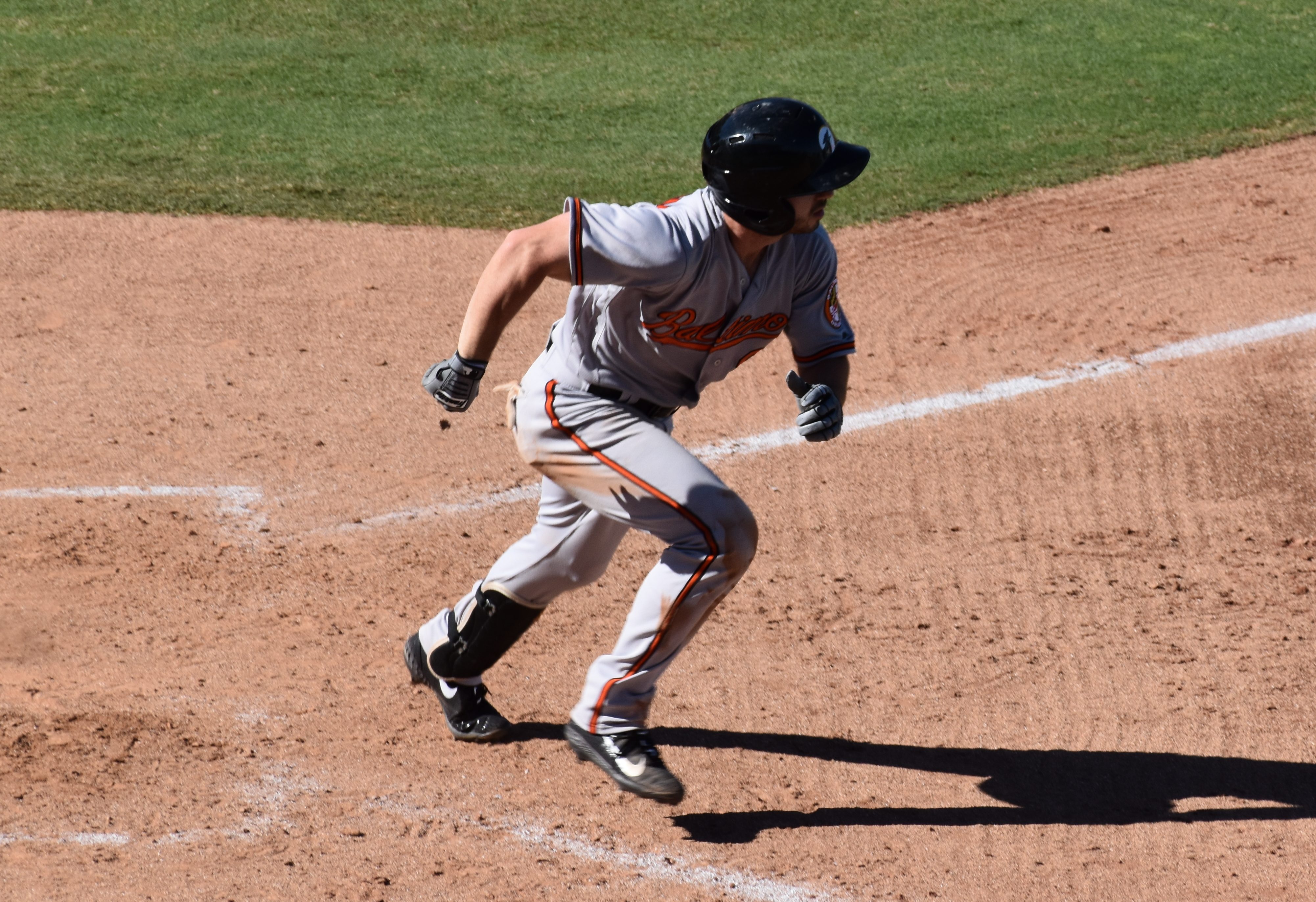 The Real End to the Baseball Season: 2018 Glendale Desert Dogs in Review

The Glendale Desert Dogs had a down and up year this season as they started the season with eight straight losses, but were able to climb back into contention by winning eight of their next eleven. In the end, it wouldn’t be enough as Peoria caught fire and eliminated all competitors in the West with more than a week remaining in the regular season schedule. Even so, there were plenty of exemplary individual performances including a five inning shut out by Ben Holmes that won him pitcher of the week and the longest hit streak of the season (14 games) coming courtesy of Luis Robert.

He may not be the biggest star on the team and may not have the brightest future, but 21 year old Orioles center fielder Ryan McKenna had an absolutely incredible run during the 2018 fall league. Nobody out hustled McKenna who lead the team with three triples and came in second with six doubles to lead the team in slugging percent (.590) as well.

He played 127 games during the regular season between high A and AA and still had the energy to be the Desert Dogs lead-off hitter and starting outfielder. Excelling at every facet of the game, McKenna also lead the team in walks (14) and OBP (.474) and was one of the more aggressive base runners.

Ruiz heads back to third after a foul ball during a 2018 Glendale Desert Dogs game. – Joseph Coblitz, BurningRiverBaseball

While he missed some time due to injury early on, Luis Robert was a truly incredible five tool player (in the old school sense) that was a treat to watch play. On multiple occasions he would create an offensive opportunity out of nothing by reaching base by any means necessary, stealing or taking extra bases and forcing his way across the diamond. He was safe on all five stolen base attempts to lead the team and ended up hitting two doubles and two home runs, although he was generally a singles hitter. He is a good defender as well and, along with Luis Alexander Basabe, should provide the White Sox with an extremely talented outfield in the near future.

For the Dodgers, a pair of pitchers and a catcher stuck out as Ben Holmes was the Desert Dogs most consistent starter, Jordan Sheffield one of the most consistent relievers with Keibert Ruiz providing some offense from an offense deprived position. Holmes finished the year with a 3.97 ERA, but struck out 24 in 22.2 IP while allowing ten walks and 20 hits. Sheffield had a rough finish, but still ended up with a 1.93 ERA and just six hits allowed in 9.1 IP. Ruiz’s greatest accomplishment was striking out just twice in 49 at bats before he was removed from the roster for the final week of the season.

Finally, Cleveland’s Yu Chang participated in the AFL for the second time this year and was completely on top of things. Starting at third base and moving to second in the second half, Chang hit .337/.396/.523, all numbers second only to McKenna on the team. He lead the team in home runs (4) and RBI (17) providing constant opposite field power from the right side of the plate.

Wivinis pitches in relief for the Desert Dogs during the 2018 AFL season. – Joseph Coblitz, BurningRiverBaseball

Going back to the rotation, Baltimore’s Chris Lee finished the year with the lowest ERA on staff at 3.05, but did so while striking out only 13 during 20.2 innings. He was able to avoid problems by walking just eight and allowing only 18 hits, although he did hit two batters.

There are three more hitters that deserve recognition for their contributions to Dogs this season although they didn’t necessarily rip it up as much as those in the previous section. First, Connor Marabell of Cleveland lead the team with seven doubles and hit two triples as well despite missing a bit of time after being hit on the hand with a pitch. An early swinger and good contact bat, he walked just once this fall, but struck out only 13 times in 85 at bats.

Marabell gets a hit for the 2018 Glendale Desert Dogs against the Saguaros in Surprise. – Joseph Coblitz, BurningRiverBaseball

For the Orioles, Steve Wilkerson was a good set up man, reaching base in more than 37% of plate appearances. While he didn’t hit for much power, he did manage four doubles and walked regularly, often batting in the top of the line-up for the Desert Dogs alongside his teammate McKenna.

For the Dodgers, Jared Walker was not only one of the Dogs’ preeminent power hitters, but a fine defender. He finished second on the team with three home runs and had a .415 slugging percent despite batting under .230. As a third baseman I found him to be very aware of the situation and good at going back on fly balls hit to short left or foul territory. While I named White Sox second baseman Laz Rivera as the team’s top gloveman, Walker could have been #2.

Sensley hits during the 2018 AFL season for the Desert Dogs at Camelback Ranch. – Joseph Coblitz, BurningRiverBaseball

Kyle Zurak played a full season for the Yankees between A and high A in just his second pro season in 2018 and performed well, so his appearance in the AFL at all was a little strange. It is possible that because of his advanced age, he turns 24 in a week, that they are looking to advance him more quickly, but the fall league hasn’t done him any favors. He was easily the worst pitcher on the Desert Dogs staff with an 11.57 ERA in 9.1 IP and most notably 10 walks to just 3 strike outs. This is very possibly due to excessive use as he only threw 26.1 pro innings in 2017 before throwing nearly 60 in 2018 and that was before the AFL even started.

Steven Sensley is a similar story as he was also a 2017 Yankee pick who performed well in single A this year, but struggled during his short time in high A. While he showed a ton of power in every level up to high A, it disappeared in Tampa and didn’t reappear in Glendale as he hit just three doubles and slugged .263 as the Desert Dog’s primary DH. Fatigue could be a factor here as well as he played 110 games in the regular season, but more likely it just showed that he’s not quite ready for AA yet.

The final disappointing player for Glendale this year was also a Yankee and a very surprising one as Estevan Florial was unilaterally considered a top 50 prospect in all of baseball coming into the 2018 season. He hit a paltry .178/.294/.260 this fall and committed an extremely unseemly four errors as an outfielder in 21 games. Florial had surgery on his hamate bone earlier this year that kept him to just 75 games in high A. His performance shouldn’t be taken too seriously as at 20 years old he is one of the younger players in the league and he is coming off injury.

Rivera puts a ball in play for the Desert Dogs at Surprise Stadium during the 2018 AFL season. – Joseph Coblitz, BurningRiverBaseball