Trotz unhappy with Isles effort in 6-2 loss to Stars 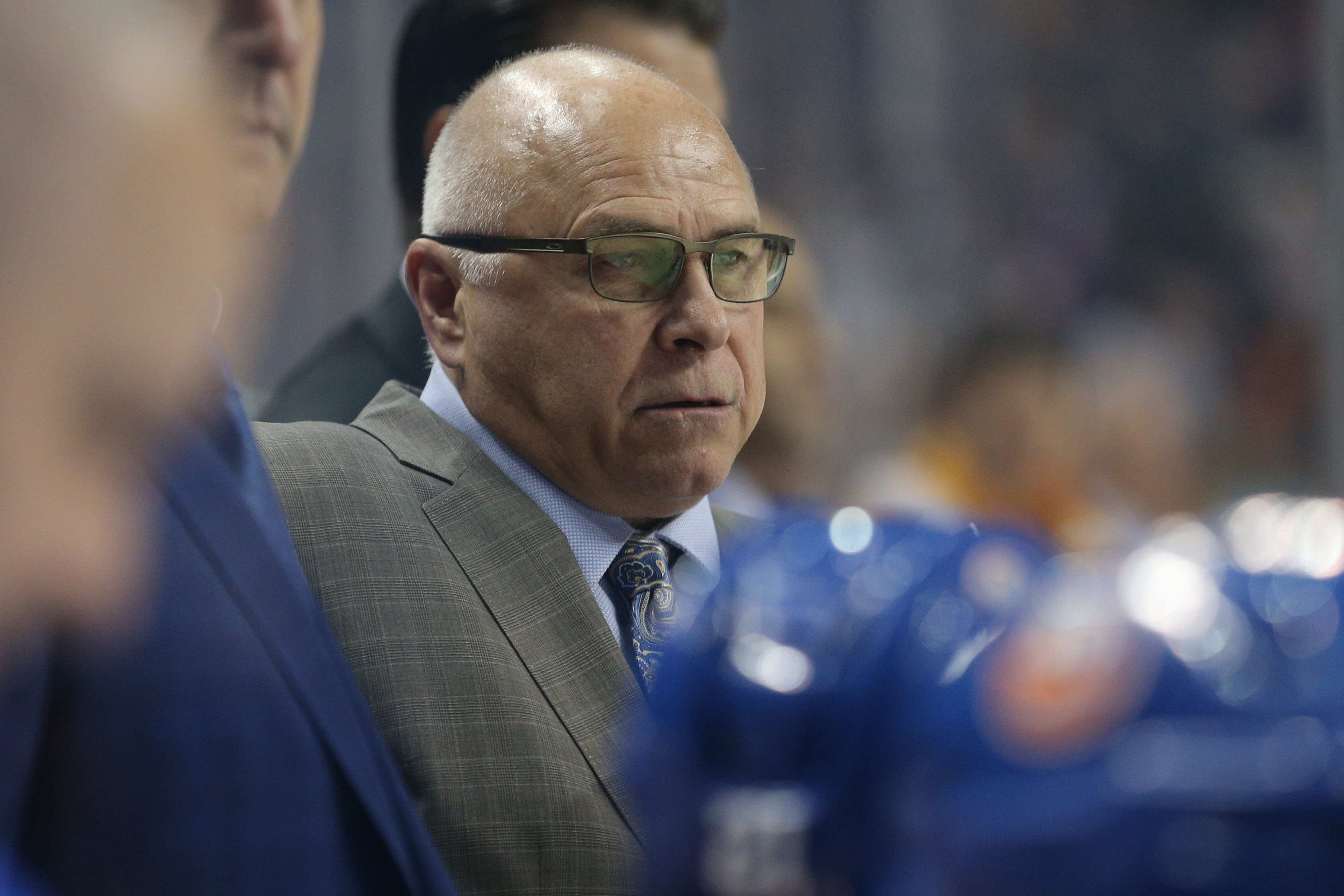 Trotz unhappy with Isles effort in 6-2 loss to Stars

NEW YORK — There were no excuses or talk of much positives after the Islanders’ ugliest loss of the season, a 6-2 defeat at the hands of the Dallas Stars at home.

The Islanders, who had won two straight games entering the afternoon, were severely outplayed in the second period and watched as a 1-0 lead turned into a 3-1 deficit in the opening eight minutes of the middle period. By the time the second had come to a close, the Islanders were down 4-1.

“The game went south on us in probably the first six or seven minutes of the second period,” Islanders head coach Barry Trotz said. “I didn’t like the fact we started feeling sorry for ourselves. Don’t feel sorry for yourselves, get into the game… We lost the game in the second period, plain and simple.”

It was as ugly a loss as the Islanders have had this season. Perhaps only the Isles loss to the Montreal Canadiens on November 5 could match Sunday’s loss.

For most of the second period, the Islanders were caught watching the play as the Stars ran around the Isles end of the ice. Three of the six goals Dallas scored on Sunday came from down low, where they were able to generate a number f shots throughout the game.

“We were really easy to play against tonight,” Trotz said. “We weren’t hard to play against and that’s not us. I heard Thomas (Greiss) took the blame for a couple goals. No, they’re not hiding behind the goalie tonight, sorry. Thomas has played very well for us over the course and he’s covered up a lot of our mistakes.”

Griess was pulled in the second period after allowing the third goal against. Robin Lehner played the rest of the way.

The Islanders only goals of the game came in the first and third periods. Anthony Beauvillier scored his fifth goal of the year to put the Islanders ahead 1-0. Mayfield’s early third-period goal pulled the Islanders to within two of the Stars.

Dallas scored four goals in the second period and another two in the third.