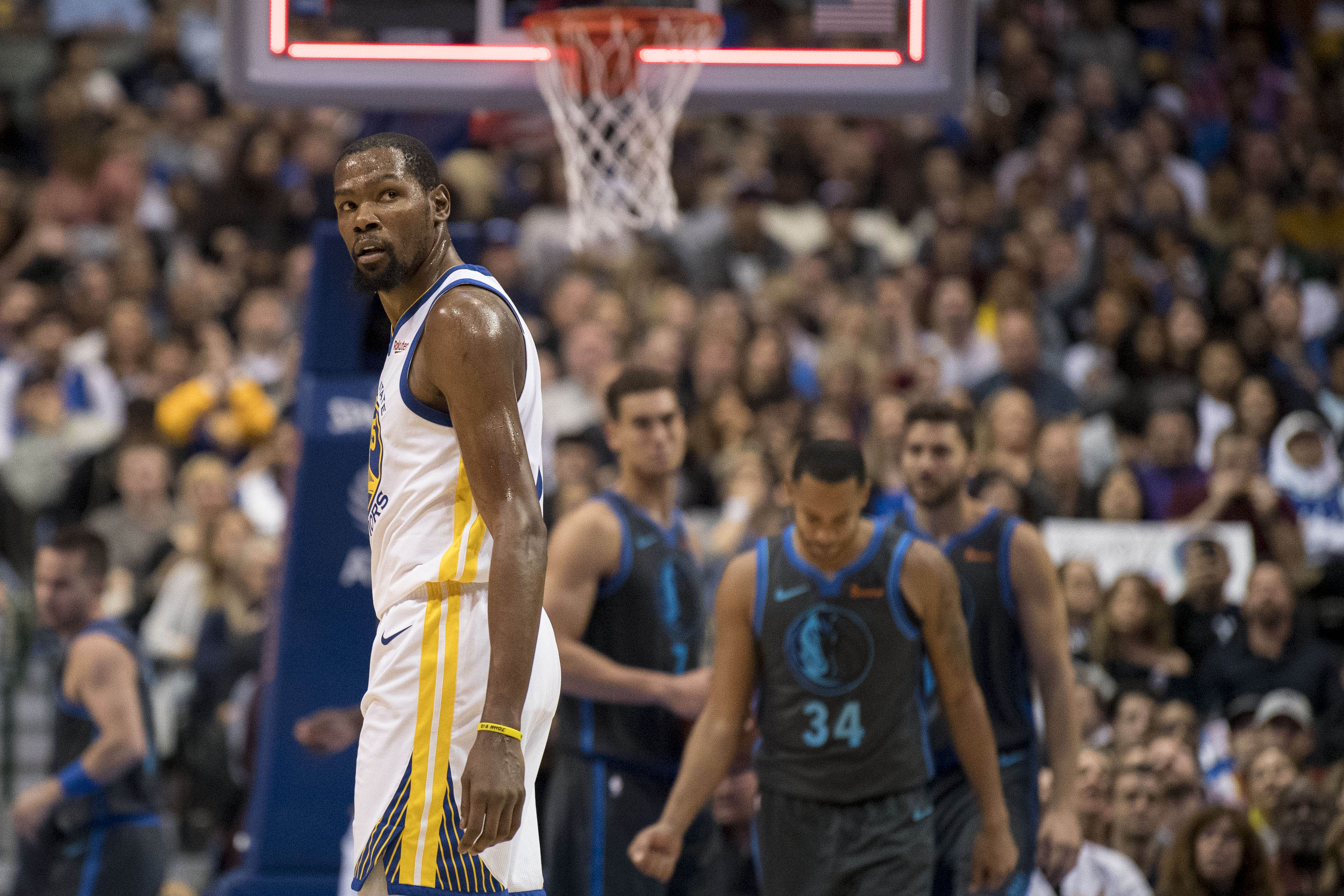 From Monday, 11/12, to Sunday, 11/18, the Warriors went from having a scorching start to the season with an MVP contender, to having to pick up the pieces from a 3-game losing streak and a bitter in-house feud.

The drop-off has been swift, unexpected, and catastrophic.

All of a sudden, the off-season Durant rumors have picked up again because of his rift with Draymond Green.  Some media outlets have also started questioning Draymond’s loyalty to the team when he hits free agency in 2020.

What was a dynasty on the beginnings of their quest for a three-peat has turned into a giant circus of uncertainty about the team’s future in just one week.

Winning is typically the fix-all solution.  But with Steph Curry still sidelined for a few more games, and Draymond Green still recovering from toe soreness, the Warriors are left searching for answers both on and off the court.

In what is probably the lowest (regular season) moment for the Warriors in their championship era, their on-court slump actually mirrors their off-court struggles.  2 major problems stand out:

The off-court feud of Draymond and KD stemmed, seemingly, from pride.  As most arguments do.

Durant felt he should have had the ball at the end of the game for the last shot.  And rightly so.  He’d been their best player that night.

But Draymond also felt like he was a good enough facilitator to bring the ball up the court and make a play.  Rightly so, since he’s been a key cog in the Warriors’ up-tempo ball movement offense for years now.

They had a typical back-and-forth on Draymond’s decision making right afterwards on the bench.  But their rift took a step in the wrong direction when Draymond started insulting KD and dared Durant to leave in free agency, recalling that the Warriors had won without KD before and they can do so again.

Draymond put his own credentials at the forefront of the argument, and implied that KD doesn’t determine if the Warriors win a title or not.  He does.

Throughout this feud, selfishness has reared its ugly head multiple times and has been one of the root causes for why there won’t be an easy fix to their friendship.

Similarly, on the court, the Warriors have seemingly abandoned their ball movement philosophy.  Instead, they resort to Kevin Durant isolations.  Again.  And again.  And again.

And with KD not making a single 3 on the 3-game Texas road trip, that strategy hasn’t worked out too well for the Warriors.

The Warriors’ offense has gone from a beautiful blend of player movement, crisp passing, and elite shooting to what now looks like a disorganized mess where every player tries his best to single-handedly shoot the Warriors back into the lead.

It hasn’t worked out well.

How invested are the players in the future of the franchise?  According to Draymond, he doesn’t care if KD leaves or not.  The Warriors would still win.

While such a comment is full of confidence and misplaced trust in, perhaps, himself, it also shows that Draymond would rather have Durant, one of the top 2 players on the planet, leave the team than to concede an argument.

It was in the heat of the moment, sure.  But the reason that the media is now starting to wonder if the Warriors will lose Draymond in 2020 is because they’re not sure how invested he is to the team.  They’re not sure if this feud is making him rethink his long-term future with the Warriors.  It might be.

How invested is Kevin Durant to the Warriors?  We don’t know.  He’s slyly dodged all free agency questions and has been silent on his impending decision this summer.

Which is normal for a big-name free agent to do.  But not normal for a guy who made a life-changing decision to join Golden State in 2016, then verbally commit long-term to the Warriors.

KD’s silence on the topic and how he’s handled it is part of what prompted Draymond to make his brash comments.

Everyone from the Oracle janitor to the casual fan to Stephen A. Smith knows KD’s future with the team is up in the air.  Draymond just implied his displeasure at how KD is handling all of it.

With the players’ commitment to the team long-term in question, the players’ investment on the court should also be in doubt.

After the fight and a rough couple of days, the Warriors played the Houston Rockets.  And they looked completely uninterested in playing a basketball game, as they were down by as many as 32 in the blowout loss.

The next game against Dallas brought a better effort, but a similar result.  And Sunday’s game against the Spurs showed another offensive dud.  The Warriors made 18 3’s on their entire 3-game road trip, on a measly 23.4% shooting from deep.

For perspective, remember that Klay Thompson hit 14 3’s in a game all by himself earlier this season.

KD, in particular, has been out of the zone.  He’s had open looks, he’s had contested looks.  All shots he normally makes.  But his shooting has been uncharacteristically bad in this 3-game skid.  While every fan knows KD is capable of carrying a team on his back, he hasn’t risen to the occasion this past week.

It doesn’t help that Klay Thompson really has yet to show up at all this season, outside of one record-breaking outing.  And the rest of the Warriors’ role players can only do so much without the playmaking and facilitating of Steph Curry and Draymond Green.

The result is a somewhat disinterested and discombobulated team.  And it’s put the Warriors in a huge regular season rut, really, for the first time since Steve Kerr took over in 2014.

How will they break out of their on-court slump?   Can they even be good offensively without Steph?  How will the team move on from their off-court tension?  How can they fight their selfishness and investment issues moving forward?

Put aside all selfish egos.

Be fully invested in this team here and now.

Add a little of the Warriors’ patented joy into that mix, along with a Stephen Curry return, and the Warriors should be just fine.