Wizards do not know the answer to fix inconsistent effort 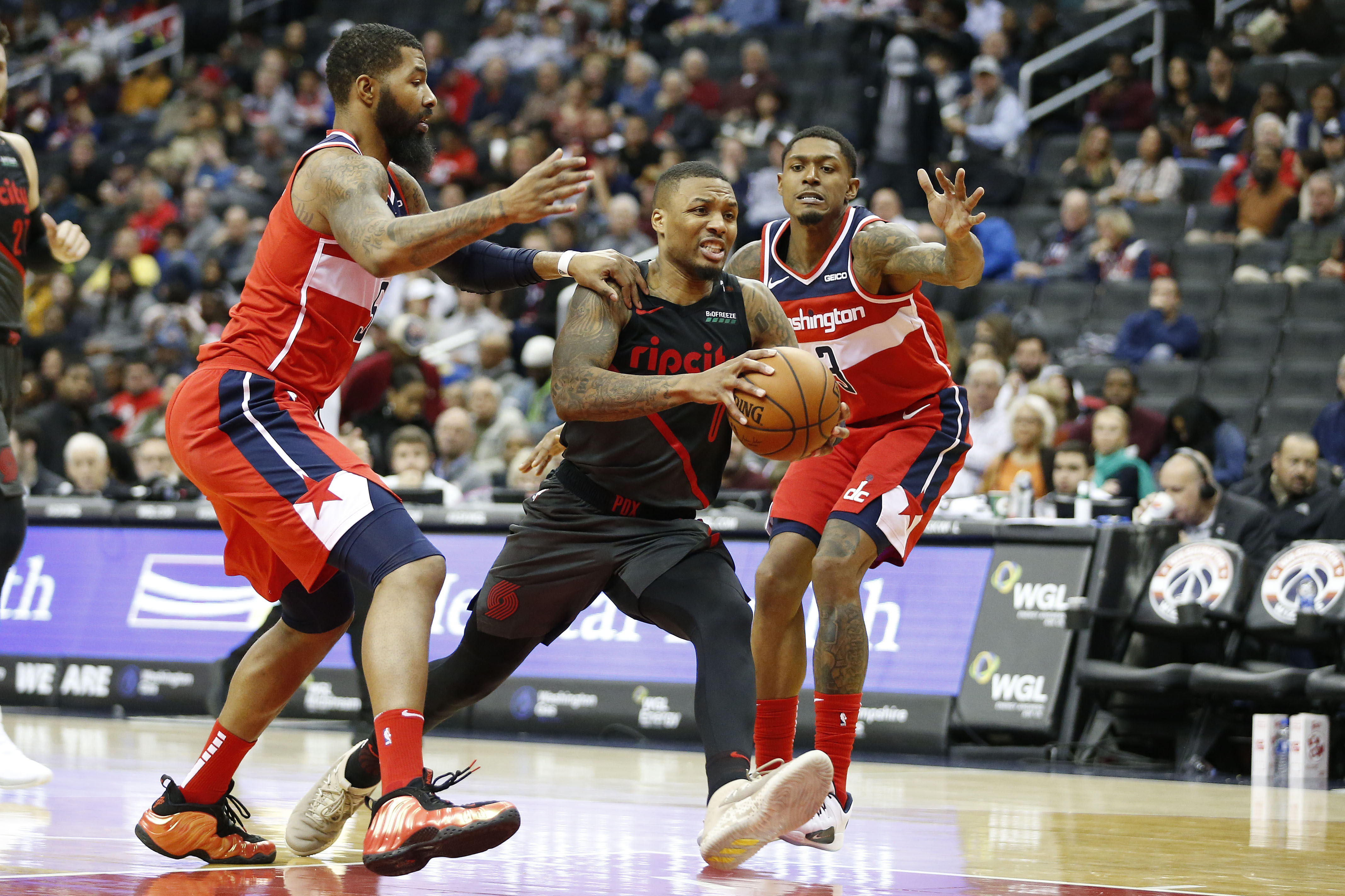 Wizards do not know the answer to fix inconsistent effort

The Washington Wizards lost to the Portland Trail Blazers on Sunday night. You can read the three takeaways from the game here and hear what was said postgame below. For some reason, the team is dumbfounded by the inconsistent effort. The head coach is not good at accountability with empty threats and the three max players on the team along with Markieff Morris tune out on defense often.

On the first quarter from the starters and getting down 32-12:

On the bench and playing them throughout the fourth quarter:

“Look what happened with the guys off the bench. They played with passion, they played with enthusiasm. That’s what you got to do in this league. … They deserved to play, and they deserve to play more… I like the way they played. It was a great effort. They did it against their second team then they brought in their stars and they still competed. You win in this league by competing. You lose in this league by not competing. It’s hard to win a game, but if you’re not going to win the game by not competing. And we did that in that fourth quarter.”

On the low effort on some nights:

On if a change needs to be made to the core of the team:

“I don’t think so. We still figure it out. We play a little bit with Dwight [Howard]. Dwight got out and trying to figure out what guys get rotation, what guys get minutes. At the same time, it doesn’t matter what time, how many minutes you get, how long you get to be on the floor. If you’re out there for 30 seconds, you need to compete for those 30 seconds. That’s the key of the game, which is giving effort from both ends of the floor and let the game dictate what it’s going to do.”

John Wall says he does not think a change to the core of this team needs to be made. pic.twitter.com/EWJ0zcLP7C

The point guard went 1-of-5 from the free throw line and was not pleased that Damian Lillard, who Wall feels is more of a jump shooter than rim attacker, received 15 attempts from the charity stripe.

On the effort from the starters:

“It was terrible. The guys who were in it at the end of the game played their asses off – played the way they we’re supposed to play the whole game and we didn’t do that.”

Bradley Beal: "It was terrible. The guys that were in there at the end of the game played their ass off and played the way we're suppose to play the whole game and we didn't do that." pic.twitter.com/ohoLSezLv3

On having to stay optimistic:

“You have no choice. You have no choice. Your job is crazy just constantly having negative energy. Like I tell everybody, nobody hates each other in here. You guys are in here after the game. There’s nobody mad at the next guy or not talking. It’s normal but we just got to figure it out on the court and do it for 48 [minutes].”

Bradley Beal: "Nobody hates each other in here." pic.twitter.com/hVVcBriSUW

On the fight shown by the Wizards late in the fourth quarter:

“It was honestly just go out there, play the game, have fun, play with a lot of energy, play together and just pretty much try and play an all-around game. Let’s just get better. Let’s try and make something positive out of this situation that we’re in right now and try and at least make them call their starters back into the game – Austin [Rivers] said that going into the last timeout. We did that.”

Kelly Oubre: "Let’s try and make something positive out of this situation that we’re in right now and try and at least make them call their starters back into the game – Austin [Rivers] said that going into the last timeout. We did that." pic.twitter.com/7nKzjdBiez

On the Wizards’ inconsistent effort:

“Honestly, I try to bring consistent effort each and every day [and] I think a lot of guys do the same. Sometimes it ebbs and flows, so sometimes it gets too high or gets too low, and it kind of hurts us sometimes. I think Coach [Scott Brooks] is right on about the guys who kind of came into the game at the end we’re very excited and energetic to play. That’s kind of the result we got. … I really can’t give you an answer on that [cause of inconsistent effort]. Just kind of have to watch film and study it and see what our tendencies are. But it’s obviously some things that definitely have to be picked up.”

Kelly Oubre on the #Wizards' effort: "Sometimes it ebbs and flows, so sometimes it gets too high or gets too low, and it kind of hurts us sometimes. I think Coach is right on about the guys who kind of came into the game at the end we’re very excited and energetic to play." pic.twitter.com/Z4ONouVKlB

The backup guard is simply at a loss for words these days:

“I don’t even know what the fuck we are, our record’s terrible. … I don’t know, man. I wish I did know. I heard Jeff [Green] say it, I wish I had an answer. It’s very frustrating cause like you ‘just stay with it, it will turn around.’ When? … It’s not suppose to be this difficult, it’s basketball. This is not rocket science.”

There is a lot of blame to go around for the Wizards but Rivers will not let his backcourt mate take any of it.