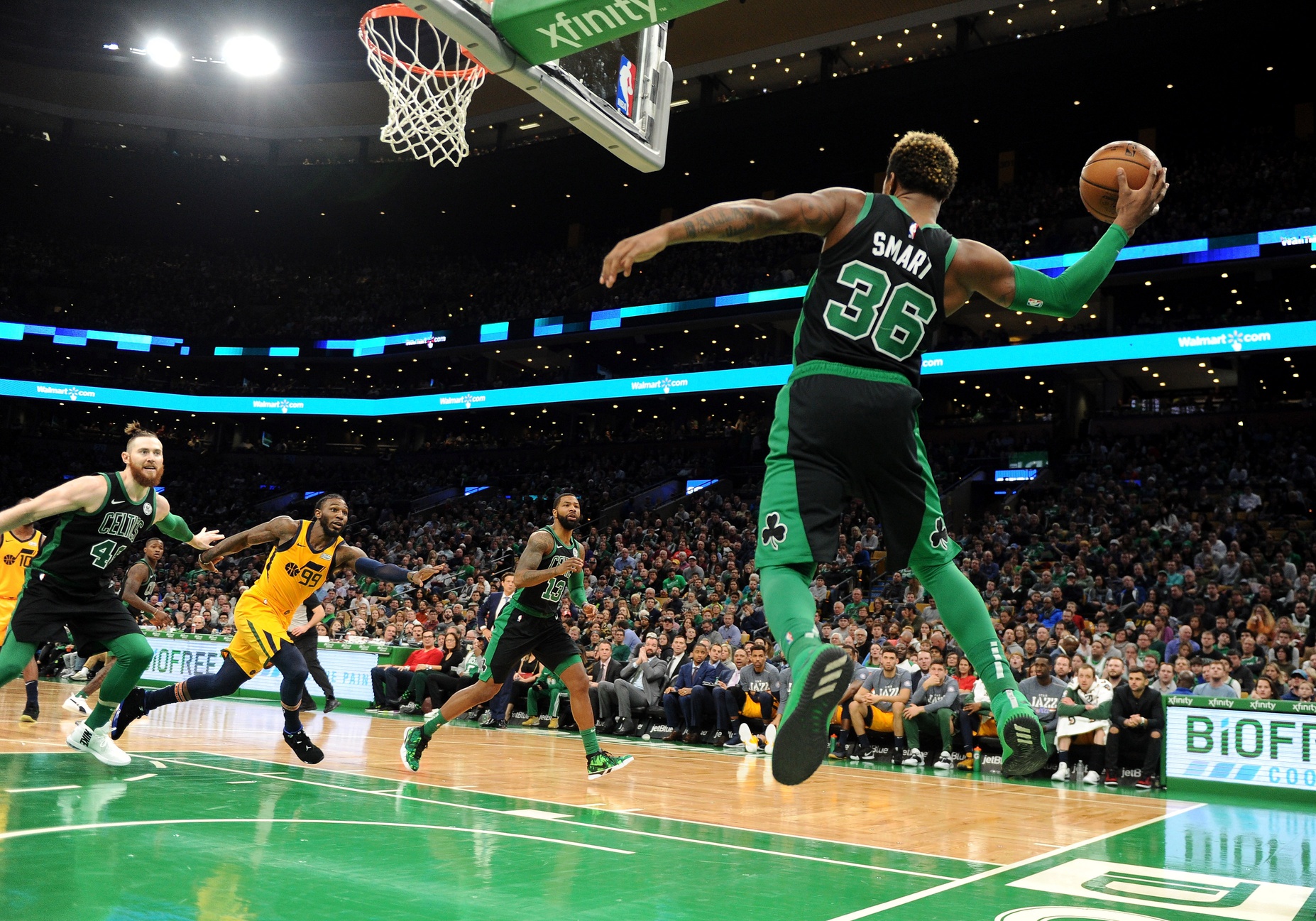 “Obviously they have a lot of offensive players that can really score the ball. But you have to have guys that do their dirty work. Marcus can’t do it all by himself,” he said of former teammate and still friend Marcus Smart. “You’ve all got to buy into it, I feel like. And that’s one of the problems they’re going through right now.”

Still, Crowder thinks it would be foolish to think the C’s can’t or won’t live up to their potential.

“It’s very do-able. I mean, the Celtics are a tough team. And when you’ve got Brad leading the way, I feel like anything is possible for them.”

I think Crowder is spot-on with his assessment. One component of Kyrie Irving’s brilliance vs Toronto was his defense and hustle. You can’t tell me that sh*t isn’t contagious.

The aggression also has to shine through on the offensive end. As John pointed out in yesterday’s Dump, there are a few guys settling for long jumpers when they should be attacking the rim.

And what’s up with Cs fans booing Jae Crowder?

Celtics fans booing Crowder like he chose to get traded out of Boston right after his mother passed away. But … hey … Jazz fans are terrible for booing Hayward, remember?

C’mon, people. We are smarter and better than that.

On Page 2, Jaylen Brown is stuck in a deep funk.

Jaylen Brown’s offensive struggles have been perplexing. After going 1 for 9 from the field against Utah, Brown is now shooting 36.2 percent overall, 27.3 percent on 3-pointers, and 64.5 percent from the foul line. His field goal percentages are in the bottom five in the NBA among players who have taken at least 150 shots and 50 3-pointers.

The only thing that has really changed since last season is that Hayward is on the court now, and Brown has mentioned several times that he is still learning to play with him. Here is some proof: Hayward and Brown have been on the court together for 250 minutes and the Celtics have a minus-3.1 net rating during that time, the worst mark among Boston’s 20 most-used two-man pairings.

If you take a quick glance at Brown’s per 100 possessions numbers, you’ll see that he’s taking the same number of shots (from 2 and 3) as last season. However, his shooting percentage is down 13%.

There’s also a significant decrease in rebounds, assists, and steals. Perhaps if Jaylen were to focus on those areas of his game, the offense might come around.

It’s not just Brown. I threw together these numbers late Saturday night:

Celtics guards on the season:

Which one of these is not like the others?