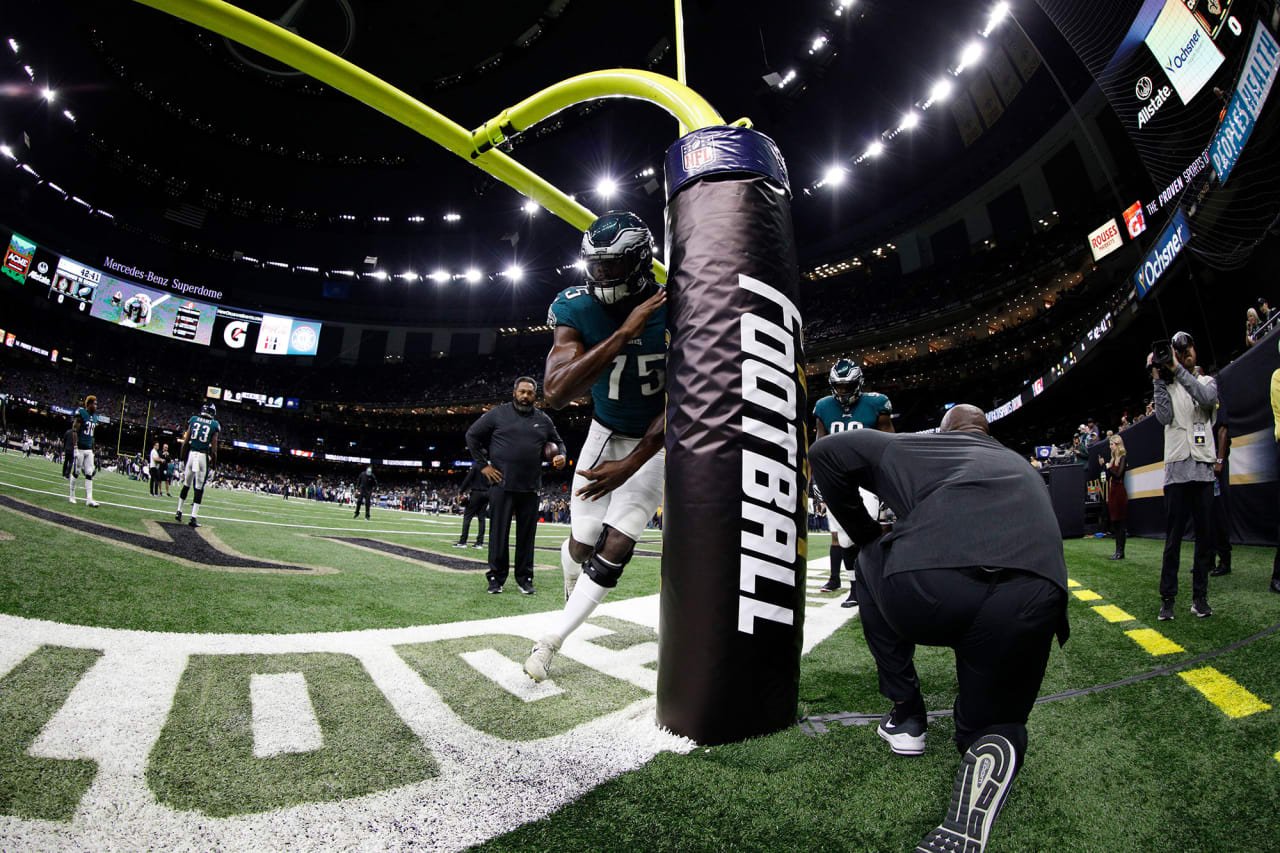 Time, time, time
See what’s become of me
While I looked around
For my possibilities
I was so hard to please…
My informal Eagles Fan Poll says approximately 40% of us have thrown in the towel on the 2018 season. Many of us see something broken that can’t be fixed in time to contend for post-season success. These folks are somewhat angry at the players, the coaches and the front office right now, but still actively engaged in following the team on gameday. This group of fans is clamoring for a complete overhaul in 2019 and is already focused on the next Draft.
There is another 40% which sees light at the end of the NFC East tunnel, and it’s not an approaching train. Stay the course and at least there’s a chance of getting into the playoffs by winning the division, they say, albeit you will definitely be playing on Wild Card weekend. This is the “anything can happen if you just GET IN” crowd. These fans believe in magic, which is not necessarily a bad thing.
Finally, about 20% of Eagles nation have stopped caring one way or another. This is the casual fan who only tunes in when the team is winning and there is rampant talk of a high seeding in the playoffs. They are not bad people, just busy with other things.
Personally, I straddle the line between the two groups of 40%-ers. I can see the absolute need to rebuild sooner than later, but I also want to be entertained by the current roster’s ability to salvage anything close to a miracle run in 2018.
What we all as fans must be prepared to endure is the removal of the Emperor’s clothes. Things will get ugly as faults are revealed, and we’re already seeing cracks (no pun intended) in the wall of Philly Dilly.
Bob Ford of the Inquirer is ripping Carson Wentz today, to wit:

“When Wentz throws for 308 or more yards – which he has done nine times in his career – the Eagles are 0-9.

“Similarly, when the game requires a big scoring output by the Eagles, there is also a troubling trend with Wentz. If the other team scores more than 26 points, the Eagles are 1-11 when Wentz is the starter.”

What Ford is implying is that Wentz doesn’t have what it takes to win a shootout. That may be analytically true, but “what it takes” also includes a strong running game and a few more dynamite playmakers who can get downfield.

This is just a variation on the smart-ass but true words of Saints HC Sean Payton, who told Peter King last week that the way to beat the Eagles was “to put the game on Wentz.”

Meanwhile Eagles HC Doug Pederson is getting ripped by a lot of guys, including Jimmy Kempski, who says Doug is lost without his mentor Frank Reich and QB whisperer John DeFillipo:

Kempski even takes a shot at Howie:

“If the front office thought this team was realistically going to compete for a Super Bowl, thus trading a Day 2 pick for an eight-game rental in Golden Tate, they were operating under pure, unadulterated delusion.”

Told you it could get ugly!

Kempski is just warming up:

“The Eagles have been out-coached in almost every game so far this season. Doug Pederson’s job will be safe at the end of the season, but I think it’s fair to wonder if both coordinators’ jobs could be on the line after this mess of a season is in the books. The Eagles are more likely to finish last in the division than first. I mean, are they any better than the Giants right now?”

Oh yeah, the Giants game coming up…they’re playing better offensively right now than they have at any point this decade. Eli Manning is efficient again, Saquon Barkley has figured it out as a between-the-tackles runner, and they’re starting to put a lot of points up on the board.

No matter what happens and what may be further revealed this Sunday, there are still 80% of us who care what happens.