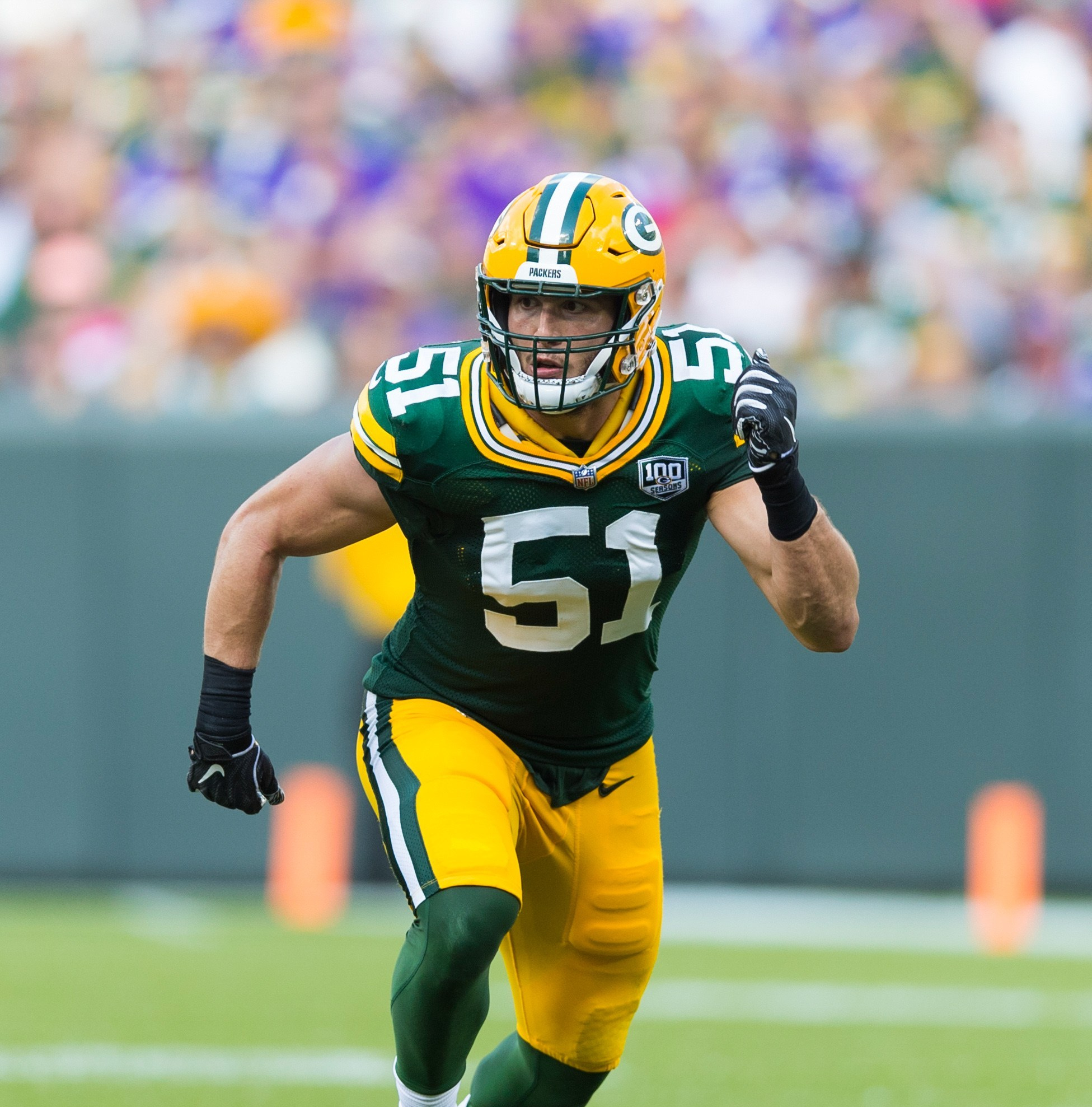 The Green Bay Packers defense has struggled with injuries and inconsistency, but one player who has truly stepped up and surpassed expectations is outside linebacker Kyler Fackrell.

The third-year man out of Utah State had his second three-sack game of the season against Seattle last Thursday and now leads the team with eight quarterback sacks. In his two previous seasons, Fackrell totaled five sacks in 29 games playing almost exclusively as a backup.

The Packers selected Fackrell in the third round of the 2016 NFL Draft and most observers considered him a “disappointment” over his first two campaigns. Still, Fackrell was showing signs of potential. He had sacks in back-to-back games against the Giants and Lions as a rookie and then finished tied for second on the team in quarterback pressures last season with 20.

Fackrell is not one to brag about his performances. In fact, he’s always looking for things he could improve upon, even when he is discussing his noteworthy performance against a mobile quarterback like Seattle’s Russell Wilson.

“I’m happy for the most part with how I played but I think I left some plays out there,” Fackrell told the team’s official Web site after the Seahawks game. “It’s not like a played a perfect game. It’s a tough loss…Sometimes the plays kind of come to you and you have those kind of nights.”

Head coach Mike McCarthy praised Fackrell’s versatility and his ability to handle all the requirements of his position. “Kyler has always been flexible. There’s nothing for his skill set that he can’t do that we’re asking from that position,” McCarthy told reporters at his Monday press conference. “We put a lot on our outside rushers from a responsibility standpoint. You also have to be aware of what he does on special teams. He’s a four-down player with a ton of flexibility. He’s really coming into his own and you can see the production clearly has taken off this year.”

When he was asked why Fackrell’s game has improved this year, McCarthy added, “He’s getting more opportunities this year he’s being asked to do more. That’s a credit to his work ethic and just staying the course. There are some new things we’re doing schematically out there. But at the end of the day it’s more about his growth as a player. He’s improved every year.  It’s a combination of all those things.”

Fackrell gives credit to Clay Matthews for helping him improve his overall game. “I’ve learned a lot from playing with him,” Fackrell explained. “All of us have a good deal of respect for one another and our ability to rush the passer. They focus on Clay a lot more than they focus on me so that helps me.”

Matthews also admires what Fackrell has accomplished. “You look at [Kyler] and you don’t see a physical specimen, but the guy can get after the quarterback,” Matthews told reporters after the Seattle game. “He’s able to do that with his long arms. He gave an all-pro tackle fits tonight. He just made plays around the board, whether it was dropping into coverage, chasing around Russell, reading play-action, his one-on-one rushes. I can’t say enough about his play. He’s playing really, really well. He needs to get some notoriety. People don’t know his name, but they ought to after tonight.”

One quality that Fackrell bring to the table is that he never quits on a play. He is determined to push his way through and get close to the player with the ball. “He comes ready to work. And he’s got intangibles about him that can be successful,” offensive tackle David Bakhtiari, who often goes up against Fackrell in practice told ESPN. “I’m nothing but happy for him. Because I see him working every day. He’s a good player and an even better person.”

The more success Fackrell enjoys, the more notoriety the Mesa, Arizona, native will receive. He already has the respect of his teammates, and now it seems even the media is coming around and that’s a good sign for Fackrell and the Packers.

I need to apologize to Fackrell every week…