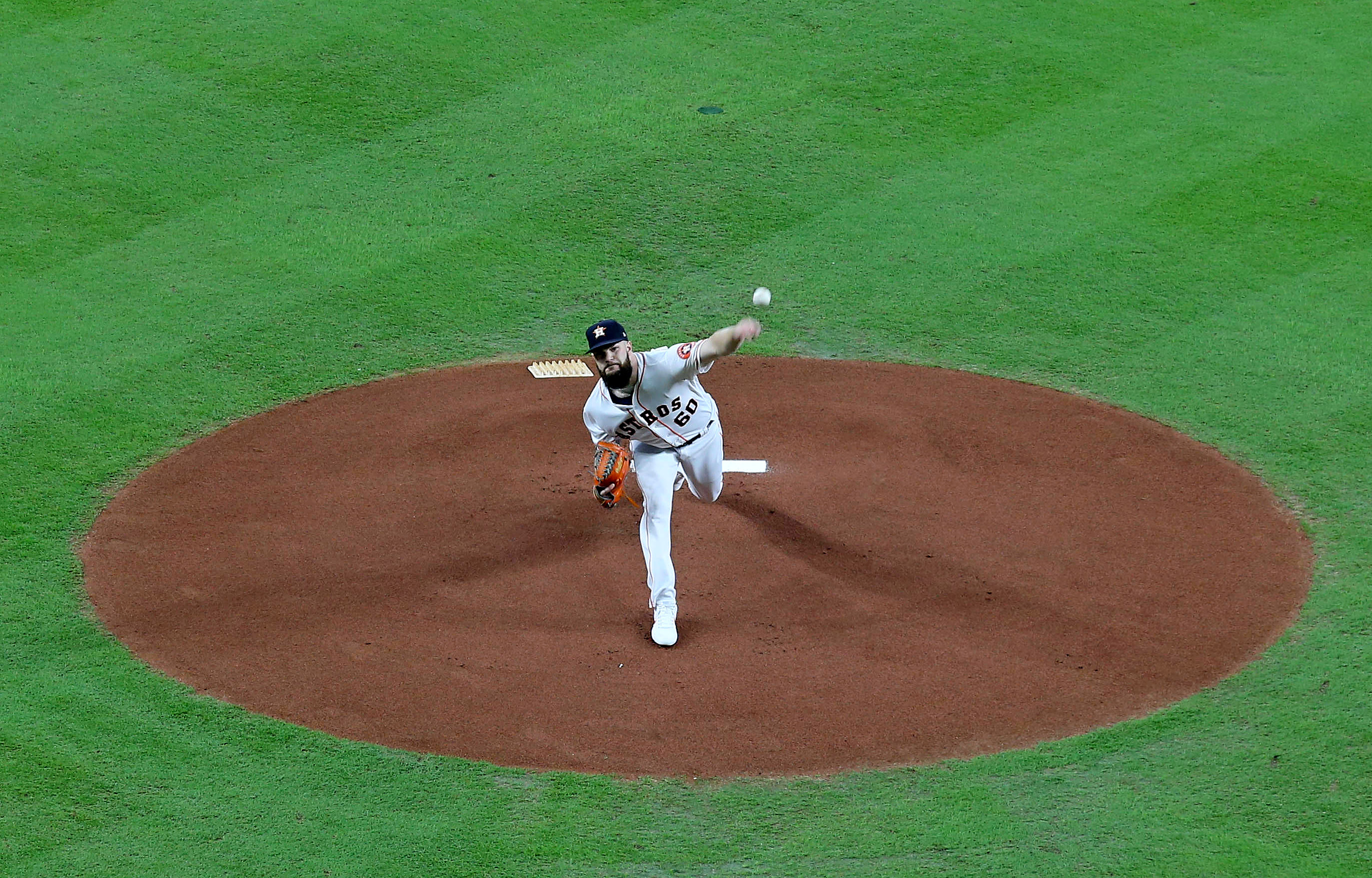 The Noah Syndergaard trade rumors have become the top story for the New York Mets leading up to the Winter Meetings. Although it doesn’t appear likely that a deal will be happening right now, the Mets are doing their due diligence on Syndergaard’s potential replacement. The Mets are busy exploring the market for free agent starting pitchers in the event they decide to deal Syndergaard, SNY’s baseball insider Andy Martino reports. Four names that Martino has linked to the Mets are World Series hero Nathan Eovaldi and lefties J.A. Happ, Patrick Corbin, and Dallas Keuchel.

The Mets won’t be signing one of these pitchers unless they end up trading Syndergaard, but the names Martino mentioned are some of the top options in the free agent class. The idea of moving Syndergaard to improve other areas of the team is one of the creative avenues that new GM Brodie Van Wagenen appears to be exploring as a way to try and help the Mets win now and in the future. If the Mets deal Syndergaard away they would need to sign someone in free agency to fill the hole they create in the rotation, downgrading there in order to upgrade at positions such as catcher, center field, and the bullpen.

A potential outline for a deal may have been revealed yesterday, when the Seattle Mariners sent left hander James Paxton to the New York Yankees. Paxton, who is 30 years old and under team control for another two years, went 11-6 with a 3.78 ERA for the Mariners last season and struck out 11.7 batters per nine innings pitched. The Yankees sent back lefty Justus Sheffield, who is the 31st best prospect in baseball according to MLB.com, along with two other minor leaguers, right hander Erik Swanson (who was ranked as the Yankees’ 22nd best prospect according to MLB.com) and outfielder Dom Thompson-Williams. Paxton is slightly older than Syndergaard, but the two have similar injury issues, which may have depressed the lefty’s value slightly.

Syndergaard is only 26 years old and has three years of team control remaining, so the Mets should be able to do better than this return. The Mets may also be seeking big league pieces in a trade, so they may look for more options than simply taking back three prospects from another organization. Syndergaard’s name figures to be a hot name on the rumor mill this winter, and we’ll keep an eye on the situation for you throughout the process.