The Warriors and the Media: A Love/Hate Relationship 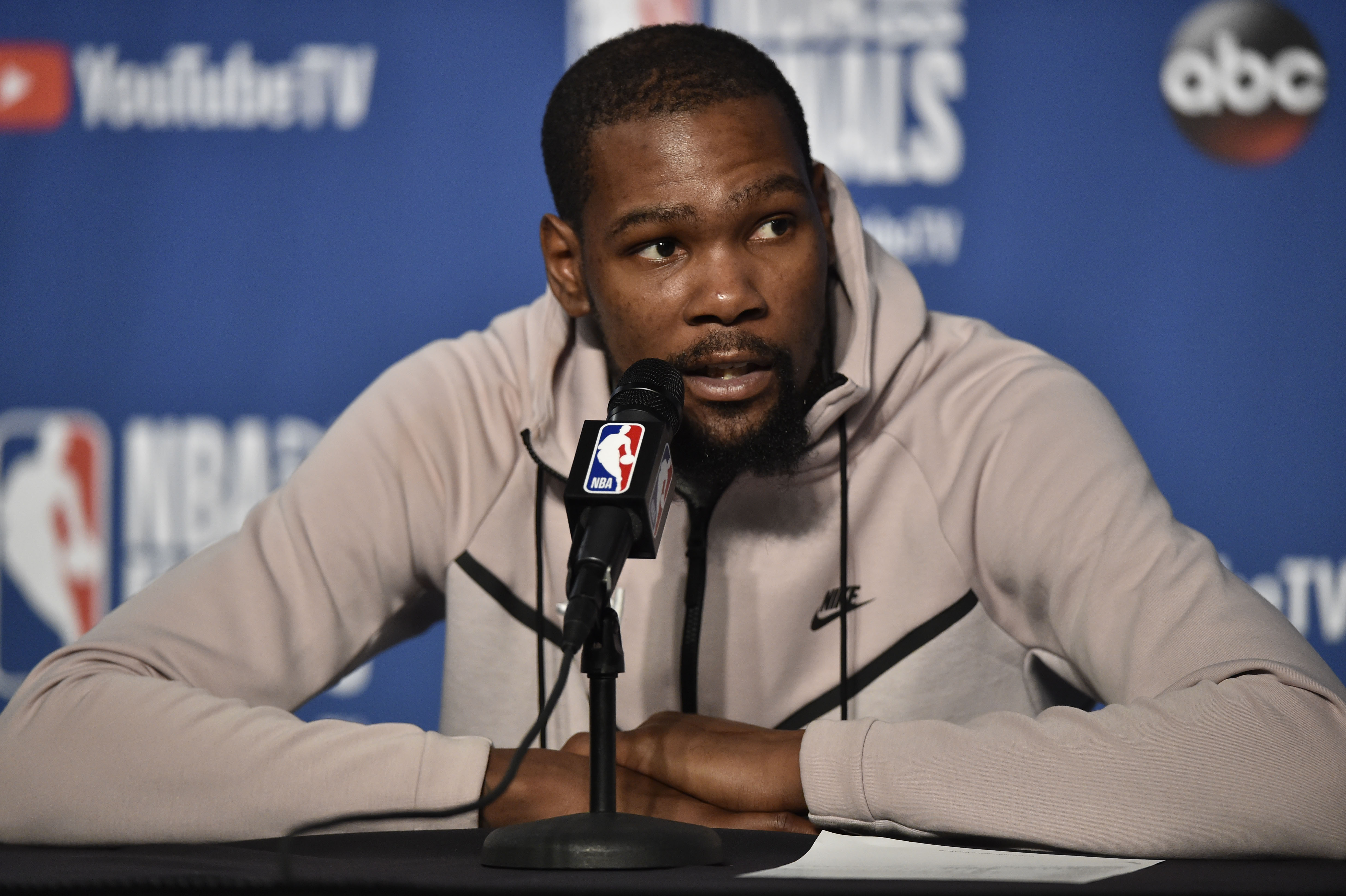 The Warriors and the Media: A Love/Hate Relationship

The year was 2015.  In what seems like a lifetime ago, Stephen Curry had just been awarded his 1st league MVP.  The Warriors were the darlings of the NBA, the story no one saw coming.  They now faced the Rockets in the Conference Finals.

And yet, it was a different Curry who stole the show.  After his stellar Game 1 performance against Houston, Steph took the podium along with his 2-year-old daughter, Riley.  Riley’s antics, innocence, and joy in the press conference went viral, and the the NBA, and seemingly the world, was instantly in love with the young, up-and-coming Warriors.

The media pumped out article after article about what a great story the Warriors were–with a culture of unselfishness, a home-grown core, and a budding star in Steph Curry.

The following year, the Warriors terrorized the league, perfecting their well-oiled machine to 73 wins and a Finals date with the Cavs.  But ask any NBA fan what happened that season, and they’ll describe it with numbers: 3-1.

The Warriors’ catastrophic 3-1 collapse in the Finals that year spurred endless 3-1 jokes on the internet.  And the media, which includes social media, was relentless in their torment and criticism of the Warriors.

The hate came from being at the top of the mountain.  The Falcons blowing a massive 25-point lead in the 2017 Super Bowl wasn’t criticized nearly as much because the Falcons weren’t at the peak of the mountain looking down when it happened.  The Warriors were.

For some reason, we as fans, and as humans, enjoy those on the top falling to those on the bottom.  It applies to companies, individuals, and especially to sports teams.

And when the Warriors acquired Kevin Durant that off-season, the love the Warriors received in 2014-15 was officially over.

Any glance at NBA Twitter, Reddit, or Facebook would tell you that the Warriors were now the most hated team in the NBA, and arguably in all of sports.

The “media” today is made up of not only well-known journalists and beat writers, but also of all social media.  Of all the die-hard fans tuning in to every play, of all the bandwagon fans who just want to see their team win, and of all the casual fans who just want something to watch on TV.  And they all have opinions.

In today’s day and age, more so than ever before, all of those opinions can now be heard.  And those opinions, collectively, seemed to be that the Warriors are a team to hate at all cost.  Mock them, criticize them, reject them.  The “unfairness” of KD signing with the Warriors broke all supposed parity in the league.  They need to be hated.

And so they did.

Kevin Durant even admitted that the extreme media backlash from his decision to join Golden State made him regret it right after he signed.

Durant, who was clearly affected by the media hatred, went to Twitter to defend himself against the countless armchair critics.

The next two championships that followed did some to silence the criticism, but did nothing to assuage people’s feelings that the Warriors definitely were the team to hate.  The media just continued to harbor those feelings deep down.

And that brings us to now.

Kevin Durant and Draymond Green’s feud has, all of a sudden, brought back the negative media attention.  Swarms of reporters flock to the Warriors practice facility and to Oracle, all trying to get the latest scoop of how KD feels about Draymond,  and whether he wants to leave in free agency because of it.

What started out as a typical in-house fight has turned into a fiasco on a national level because of how much the media has blown it up.

Anthony Slater of The Athletic recently reported that the media’s constant coverage of the feud is more upsetting to KD than Draymond Green himself.

It’s the inescapable result of it: a dramatic, relentless modern-day media storm of “psychoanalysis” about Durant, the thing he despises most in this NBA world and the steep price of his fame, the subject of his most rebellious rants (on and off the record) the past couple years

The irony of it all is that Slater’s great article about KD’s dislike of the media storm will only cause more of a media storm because of the article.

Just today, 95.7 The Game, the Warriors’ radio station, had a talk show discussing that very article.  NBA Twitter continues to call KD “soft” after seeing the article and how other people’s criticisms affect him.

The storm will always be swirling if you’re in the center of the hurricane.  And that’s where the Warriors are.

They’re under a microscope constantly because they’re playing on a historic level.  Their three championships in four years has the eyes of all media, and social media, on them.

To the Warriors specifically, the media is simultaneously like a proud father, ready to share with the world and set the internet on fire if the they do something great, and like a security camera, waiting at the ready to catch the Warriors do something wrong.

It will take its toll.

Steph will be called arrogant.  Overrated.

And the second there’s a crack in the armor, as with the KD-Draymond feud, the Warriors will be hit with all kinds of media chatter:  Durant will definitely leave.  Draymond may soon follow.  The in-house fighting may cost them a title.  The culture of joy is in jeopardy.  The dynasty era is coming to an end.

Everyone else in the NBA, including the media, wants the Warriors’ dynasty to come to a crumbling end, and they’re doing their part to make it happen.

No longer darlings tip-toeing their way to the top of the NBA.

Now, every move the monster that is the Warriors makes is heavily monitored, closely watched, and greatly criticized.

And the media stands at the ready–waiting for the next slip-up.  Or championship.  Whichever comes first.