Your Morning Dump... Where Kyrie wasn't overly thrilled with the defensive scheme on Kemba 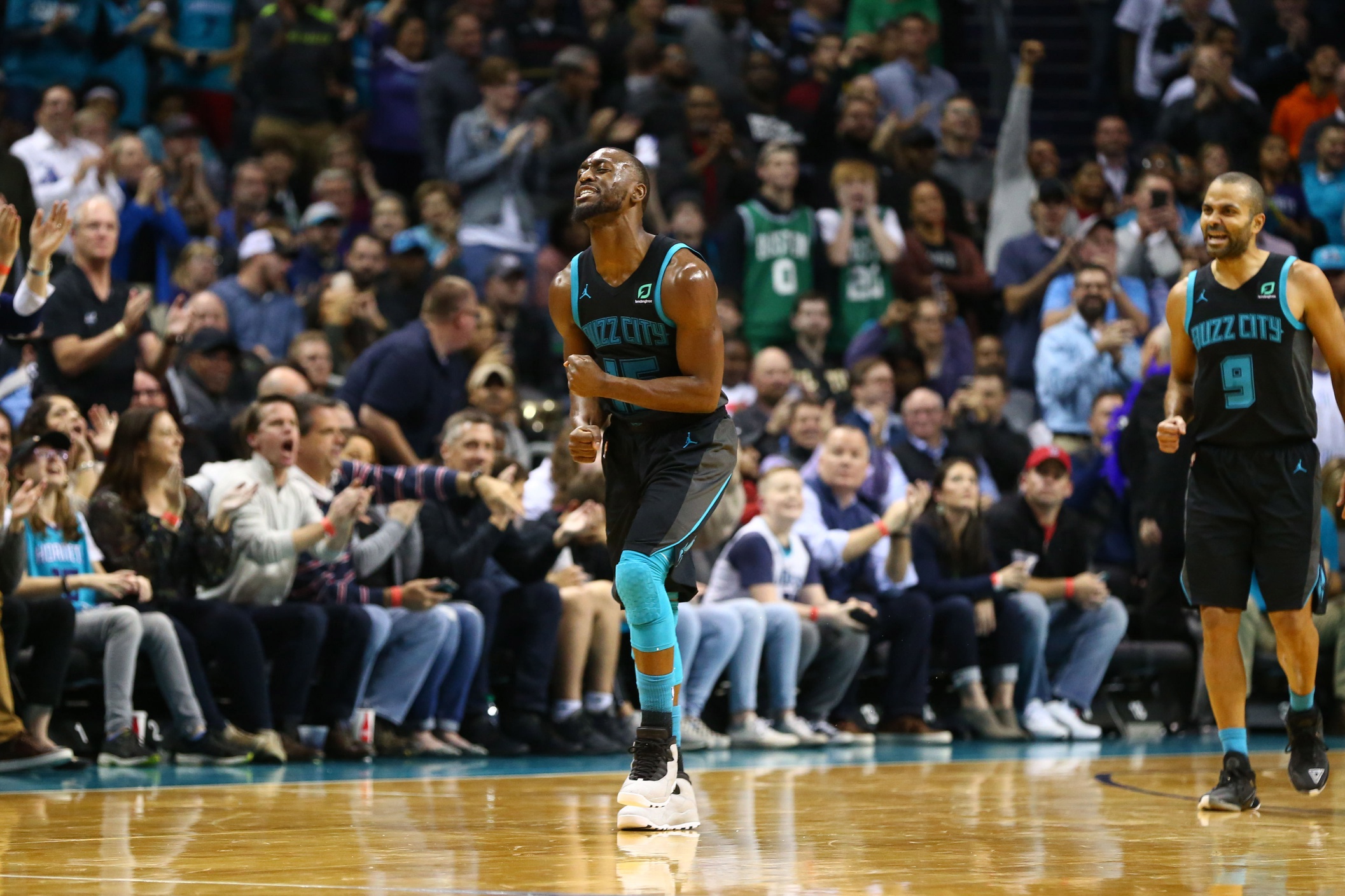 Your Morning Dump... Where Kyrie wasn't overly thrilled with the defensive scheme on Kemba

“Usually you just go to a double team or something simple to get the ball out of his hands but we felt pretty comfortable with Marcus [Smart] and Al [Horford] guarding him one on one. We just live with the results after that.”

Irving was frustrated that the Celtics couldn’t stop Walker, even though he advised his teammates in the huddle that he was the only Hornet shooting. Parker and Walker scored Charlotte’s last 27 points.

“He was steady for them. I came to the bench and I was just like ‘There’s just one primary guy out there that’s killing us,’ Irving said. “He pretty much kept them in the game. Everybody else was at their averages or a little bit lower so, us as a team, we just have to be more conscientious of that. He was the only one that was being aggressive doing some things to generate offense. Next time we play them, it will be a different story.”

Kyrie often preaches the gospel of Stevens but he doesn’t appear devout in this quote.

“Usually you go to a double team or something…”

Double teams bring their own risk, like wide open 3-point shots. Would you rather have Tony Parker or Jeremy Lamb attempting open shots or a white-hot Kemba Walker shooting off screens?

It’s a tough call. Stevens went with his best defensive players which happen to be among the best in the league. But what a trap or two have been so bad?

Page 2: the Celtics need to learn how to handle prosperity

That’s Brad Stevens, as quoted in Chris Forsberg’s NBC Sports piece on the aftermath of the Celtics’ stink-bomb against the Jazz.

Stevens has been reluctant to make changes when the entire team could benefit from simply putting in more effort more often.

This is it, pretty much in a nutshell.

Over the past few years, we’ve watched about a million different variations of the scrappy, tough, ‘pick me last again‘ Celtics overachieve. And pretty much this exact team took the loss of Hayward and eventually Irving, and, in between, a slew of other lesser injuries, and ran almost all the way to the Finals.

Healthy, fit, and expected to contend for a championship.

And I’m telling ya, they look like they have absolutely no idea how to handle their good fortunes.

I figure these guys will sort things out eventually–after all, Kyrie Irving is pretty much the only player on the team that’s had any experience at all playing a full season with “championship contender” ballyhoo following him around.

For what it’s worth, I think the smartest thing the coaching staff and front office can do at a time when Boston fans are going nuts, is keep an even keel. I mean, obviously, nobody is happy with how the Celtics have been playing lately. However, a good rule of thumb is that the advice proffered by an angry guy calling into an afternoon radio show is uniformly terrible.

“Everyone knows that when Kyrie got traded it was the beginning of the end for everything. It’s not a secret,” James, who now plays for the Los Angeles Lakers, told Vardon. “… You realize at that point in time, take nothing from Koby, because Koby (was just named GM), but at that point in time, you realize that Koby’s not the only one running the team, as (former GM David Griffin) had done, and that’s why Griff was let go pretty much.”

LeBron’s account of the Kyrie Irving situation will forever be as muddled, self-serving and contradictory as Doc Rivers’ account of his departure from Boston.

This latest bit, however, is hilarious.

LeBron, you know, negotiated a series of one-and-one contracts with the Cavs in order to preserve his ability to leave whenever he wanted to.

But when Kyrie wanted to leave, LeBron was all ‘no way, don’t let him do what he wants!!!!’

Because in LeBron’s world, it’s all about whose ox is being gored. If LeBron requested a trade, how would he like it if Kyrie said, “No way, man, don’t trade that guy!”

And that, of course, is precisely why Kyrie requested a trade in the first place.

Kyrie, for his part, is done with the whole deal.