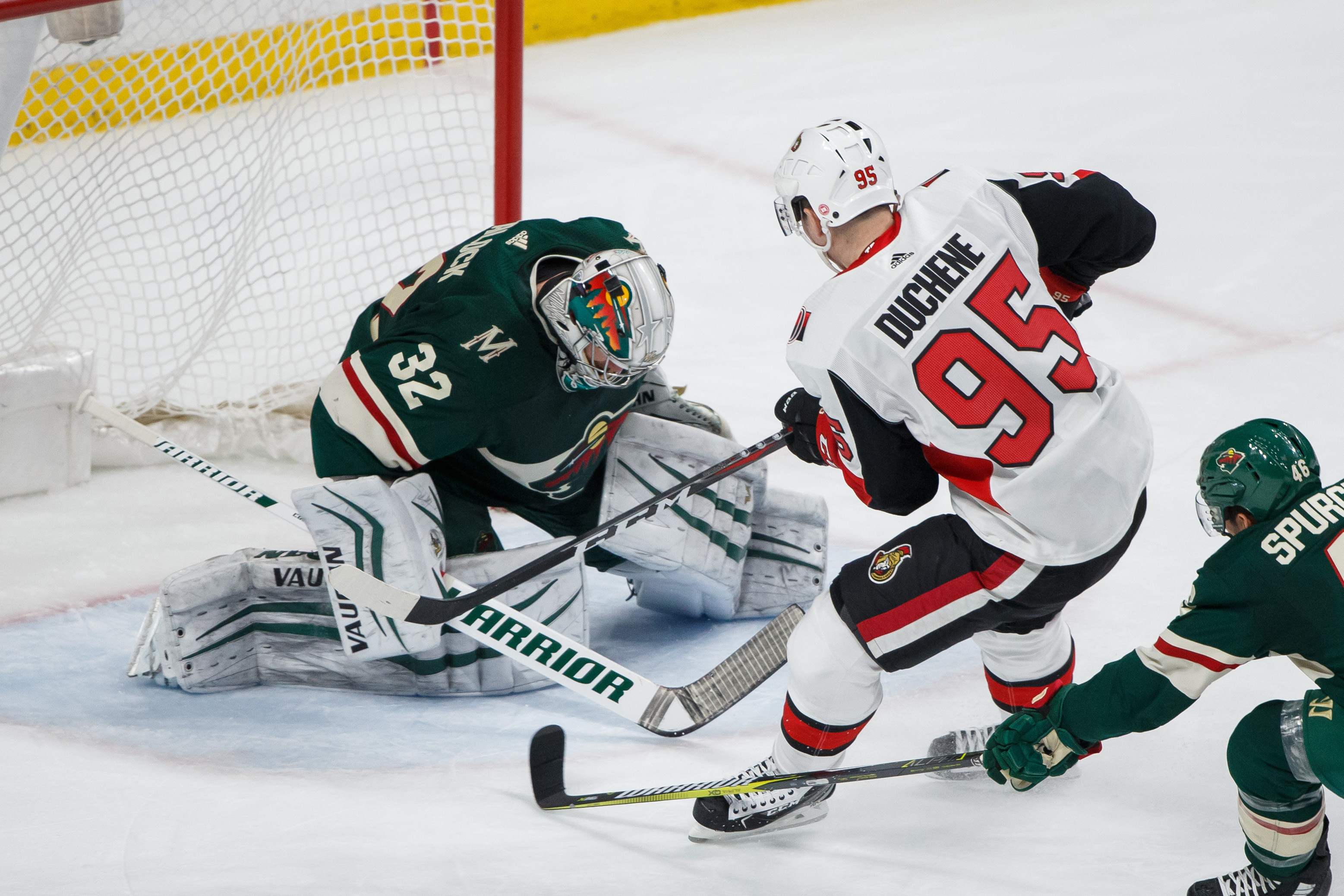 Well the past two games, we’ve seen two kinds of losses. Now, I’m talking regulation vs overtime vs shootout. These have both been regulation losses. The first one, against Buffalo was one of the more frustrating ones. This was a Wild team that got up 2-0 and then let up three unanswered goals. Minnesota has had okay scoring this season, but their defensive game has been great. So to let up three unanswered is hard to swallow, but at least it was to a team that is having a vastly improved season. Then there’s the loss to Chicago. This time it was the opposite scenario to the Buffalo one. In Chicago, Minnesota spotted the spotty Blackhawks two goals, and were never really able to bounce back. This has been a crappy Chicago team this season. There should have been no problem getting those goals back, but again, this is a Minnesota team that we really can’t get a pulse on.

Now for a defensively responsible this should be the perfect opponent to bounce back from a two-game losing streak. The Ottawa Senators are one of those teams that while they can score, they struggle mightily when it comes to preventing their opponents from scoring. That should be a good matchup for the Wild, but I do have some concerns. Right now, that normally solid team defense feels a bit shaky. So shaky, that even defensive pairings are getting broken up. It seemed like Ryan Suter and Matt Dumba were inseparable, but head coach Bruce Boudreau is making changes. Tonight, we should see Suter paired with Jared Spurgeon and Dumba with Jonas Brodin. But here’s the thing, Boudreau will changes, and as a coach that’s his job. We don’t know how long these pairings will last. Will it be for a few shifts? Will they last through the end of the game? Will the pairings continue for several games? I don’t care how long the changes last or the level of success or failure with them. What I do care about is that no one’s noses get bent out of joint which then effects the team.

The Minnesota Wild are going to have to come up big tonight. The Ottawa Senators have the best goals per game in the league. They are currently averaging 3.57 goals per game. Their top five points scorers have 35 goals between them. But here’s the scary part, the Wild’s top five scorers have just three less goals, but are in the middle of the pack when it comes to goals per game with 3.10. Where the difference comes, is when you look at the skaters outside of the top five for both teams. The Senators are getting more goals from their role players than the Wild do from theirs. That is definitely a key point we need to see change, and sooner rather than later. Trust me, I don’t need to see the Minnesota Wild sitting at the top of the league when it comes to scoring, but I would like to see those top scorers getting some more supporting goals by those who perhaps don’t log as much ice time.

The Wild need to continue to pepper the opposing goaltender. In the two consecutive losses, they managed to get a combined 79 shots on goal. If you’ve been with this team for any length of time (heck even as recently as last season), you know the painful reality of a lack of shots on goal. These past two games have not had that problem. If the Wild can continue to outshoot their opponent and get decent shots on goal, it should matter whether it’s Craig Anderson or Mike Condon in goal. Heck, with the kinds of numbers that Anderson is sporting, he almost makes Minnesota’s Alex Stalock look like starting goaltender material. About the only thing though that would prevent Devan Dubnyk from getting the start, would be some sort of illness. And considering that both Eric Staal and Zach Parise have both missed games due to illness, it’s clear that’s something is going around the locker room. Let’s just hope it’s not a return of the mumps that plagued the league a few seasons back. The key though will be to have a calm and collected Dubnyk who is seeing the puck, because you know that won’t be happening on the other side of the ice with either Anderson or Condon.

As a head’s up, we don’t know at this point if we are going to be having a post-game article tonight. Like millions of people across the United States, we will be taking to the roads for the Thanksgiving holiday. If we can get to our destination before the game starts, you will get that game summary. However, if we get a late start or get stuck in traffic because some knob decided to text on their phone and create an interstate-closing accident, you won’t be seeing one. In the meantime, I hope you all have a wonderful Thanksgiving.