I took on the 3-on-3 Challenge (3 hot dogs, 3 beers, all 3 periods) this past Monday night at PPG Paints Arena and came up less than one hot dog and one beer short of victory despite a heroic effort (Video) 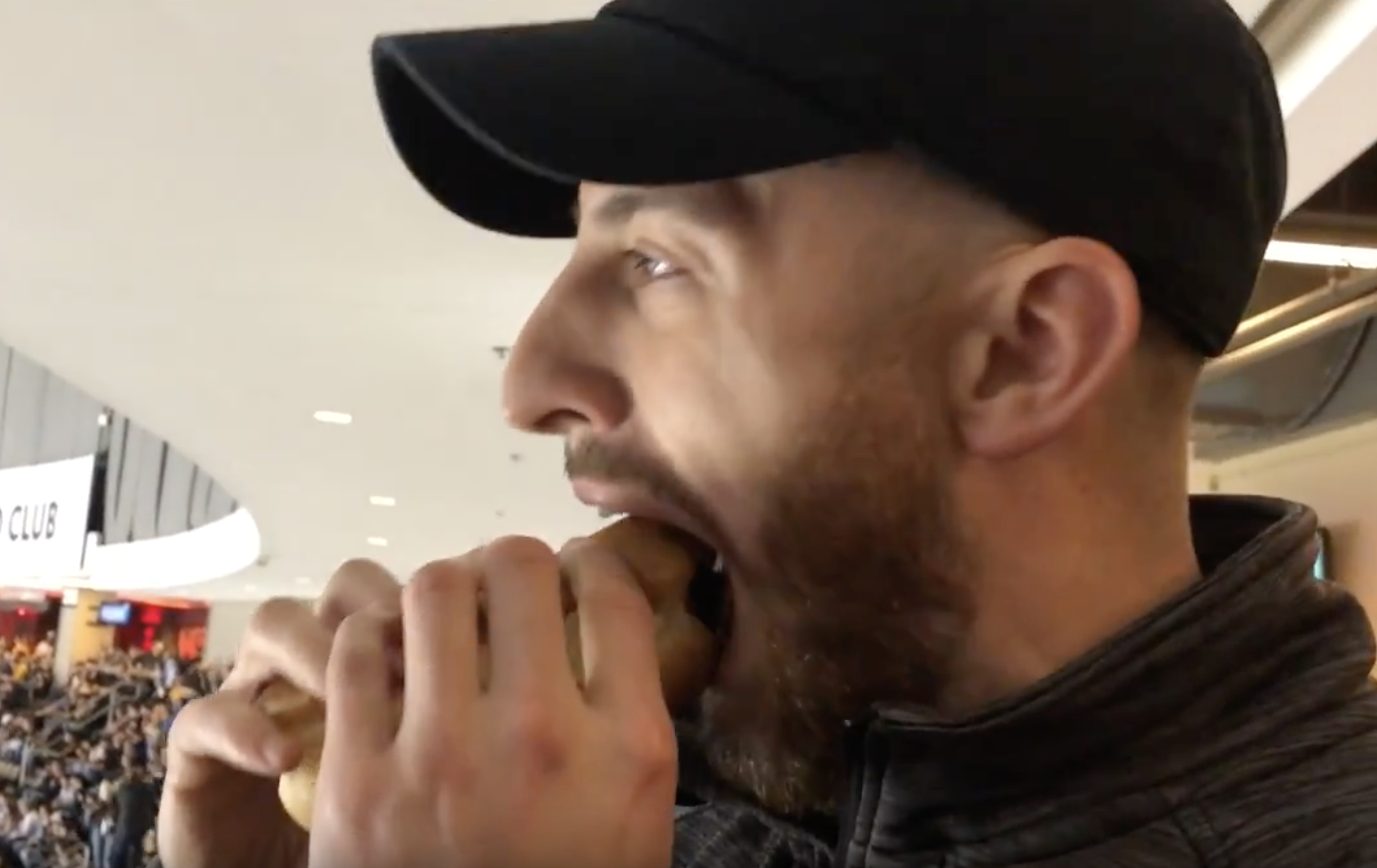 I took on the 3-on-3 Challenge (3 hot dogs, 3 beers, all 3 periods) this past Monday night at PPG Paints Arena and came up less than one hot dog and one beer short of victory despite a heroic effort (Video)

Alright, so a lot of people are probably wondering what the hell is wrong with me to commit to such a heinous challenge. Considering you probably don’t have enough time in your day for me to fully answer that question, I’ll give you the short answer – A LOT is wrong with me. Despite what you may think, I’m not a perfect human being.

As for the “3-on-3 Challenge” itself, it was basically just a dumb idea that my dumb brain came up with after being inspired to create video content for the Pensblog after watching White Sox Dave of Barstool tackle the “9-9-9 Challenge” (9 hot dogs, 9 beers, 9 innings) this past August at a Chi Sox game.

The thought process was pretty simple. How could someone incorporate the 9-9-9 Challenge into a hockey format (since, you know, I blog about hockey and not baseball)? The answer: basically do the exact same thing except substitute innings with periods – 3 hot dogs, 3 beers, all 3 periods. Voila! The 3-on-3 Challenge was born.

So now that you know how the challenge was inspired, let me fill you in a little tidbit. I sat on this thing for a while. Like I said, the idea was born at some point in August, but the truth of the matter is, if it wasn’t for me rattling off this dumb tweet below last Thursday night after the Penguins let Steven Stamkos shit down their throats on home ice, there’s probably no way I would’ve had the balls to pull this off.

If the Penguins lose to Ottawa on Saturday I will film myself doing the 3-on-3 challenge at the next Pens home game:

(Side note: I may or may not have been three beers deep and coming off the high of bowling a 234 in my Thursday night bowling league when this tweet was written, but who’s keeping score?)

Anyways, fast forward to Saturday night where, lo and behold, my silly bet would quickly change from a pipe dream to a daunting reality as the Penguins got their wheels blown off from them yet again – only this time to goddamn Ottawa. Literally one of the worst fucking teams in the league.

So instead of cowering away like someone in their 40s that definitely doesn’t write for a blog and lets everyone know they have a mortgage would probably do, I honored my bet. Why? Because I’m a true blogger at heart, and I’m a man of honor and integrity. Unlike a lot of people in this world, I stay true to my word. So what did I do the moment I knew the Pens were doomed on Saturday? I (more so, Pat) immediately found the cheapest tickets I could possibly find for Monday night’s home game against Buffalo and sacked up to the challenge.

Now, assuming you already watched the video, I’m not going to bore you with all the details of the actual challenge. However, I will answer a few common questions I’ve been receiving over the past 24-36 hours or so.

So all in all, was this whole thing stupid? Absolutely.

But was it worth it? I got no ragrets.

P.S. – Huge shoutout to Pat (@SynonymForWet on twitter) for joining me along for the ride and literally filming the whole damn thing/putting the video together. If you’re not downloading and subscribing to the Dying Alive podcast, you’re a goddamn idiot.

P.P.S. – Shoutout to the real MVPs (aka the people who Venmo’d me money to facilitate my idiocy). In no particular order*, here are the people that donated money.

*I definitely ranked these people from first to last in terms of donation sizes. Also, I did not come close to receiving more than $111.75 (which was the total cost of beers and dogs). However, I’m going to donate the money to the Mario Lemieux Foundation anyways like I said I would if I reached a surplus in donations.

VENMO IS OPEN FOR DONATIONS (@PeepsBurgh).

Anything leftover will be donated by yours truly directly to the @MarioLemieuxFdn. pic.twitter.com/xkWrnof2Pe

P.P.P.S. – No matter if the Penguins lose their remaining 63 games in a row (which isn’t totally out of the question at this point), I will not be doing this challenge again. I’ll be eating nothing but salad for Thanksgiving tomorrow.