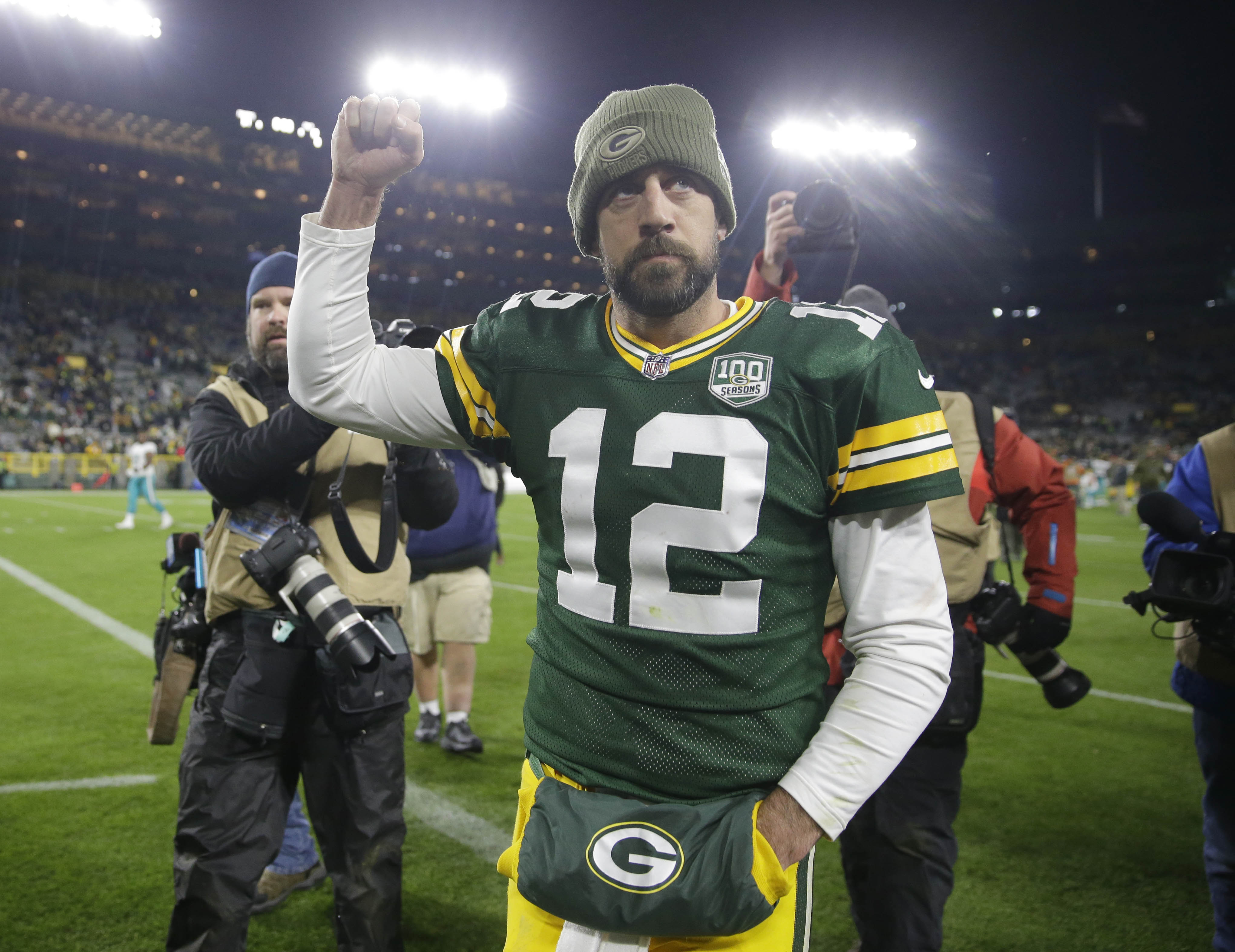 Green Bay Packers quarterback Aaron Rodgers announced that he was personally donating $1 million to help wildfire relief efforts in and around his hometown of Chico, California.

Please take a minute to watch this and if you can, take a few seconds to retweet this using the #retweet4good
All the money goes to a great organization for the immediate needs and the recovery efforts for the #CampFireParadise
Thank you 🙏🏻 #ButteStrong #payitforward pic.twitter.com/iQjMbUIHcI

Rodgers also announced that State Farm, who he does commercials for, will donate one dollar for each retweet of his post (up to $1 million) using the hashtag #retweet4good

The wildfires clearly have had an impact on Rodgers. “Growing up in Chico, I spent a great deal of time up there, I played a lot of football and basketball and sports up in Paradise, basically lived in Magalia at one point, which is an even tinier town off of Paradise,” Rodgers said. “The devastation there, is tough. Hearing the stories of people running down the highways to avoid the fire. Knowing that people burned alive in their cars. It’s heartbreaking, for sure, and then you have a fire in my adopted home of Southern California, so it’s been a tough week for sure, and myself and the guys from Northern California, our thoughts and our prayers are with those folks. Not only the great firefighters fighting the fire, but all the people displaced. In my home area, Butte County, and then obviously down south in the L.A. area.”

Packers head coach Mike McCarthy praised Rodgers’ efforts during his Wednesday press conference. “I think it’s tremendous what Aaron Rodgers is doing,” McCarthy told reporters. “He’s so much more than just out quarterback. I know the campfire has been constantly on his mind. I think what he’s doing in using this platform is tremendous.”