Recap: Celtics drop to .500 with frustrating home loss to N.Y. 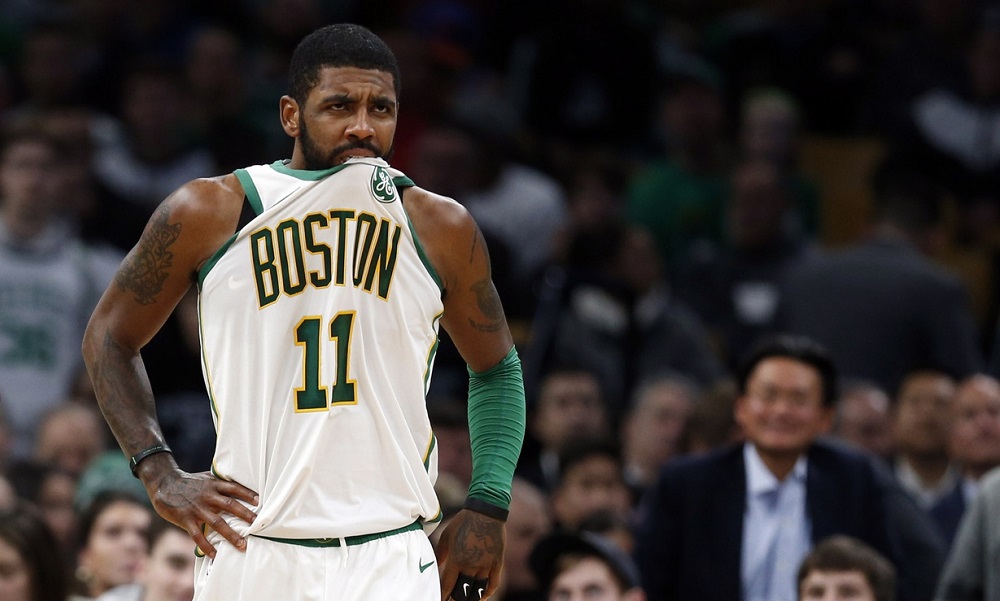 Recap: Celtics drop to .500 with frustrating home loss to N.Y.

For the first 44 minutes versus the Knicks, the Celtics looked worse than they have probably at any point in this so-far disappointing season. They trailed by 16 at halftime, by 21 with about 10 minutes left in the fourth, and by 16 with 4:53 to go.

Finally, a desperate run fueled by a trapping defense and (at last!) timely made threes brought the Celts within three points with 34.8 seconds left. All they needed was one more stop for a chance to tie. But Trey Burke, who scored a game-high 29 points on 11-20 shooting (4-6 from the arc) with 11 assists in 32 minutes off the bench, knocked down a cold-blooded triple to put it away.

The final was New York 117, Boston 109, and despite the comeback, the Celtics frankly didn’t deserve to win. They allowed the Knicks, who came in with a 4-14 record, to shoot 49.4% from the field, including 15-30 on threes. The Knicks’ biggest lead was 26, while the Celtics never led. Boos were heard from the home crowd, and since the Cs show no signs of getting themselves right, who can blame the fans?

The Celtics are now 9-9 on the season and have lost three straight.

Off the bench, Marcus Morris had 21 points, eight boards and four assists in 30 minutes, while Gordon Hayward had a season-high 19 points with seven rebounds in 32 minutes. They both hit clutch threes in the final minutes to give Boston a chance to win.

Kyrie had a tough shooting night (9-25), but made up for it somewhat with hustle on defense, drawing two charges and cutting off Tim Hardaway, Jr.’s drive, leading to a steal, a clear path foul on N.Y., and what became a five-point possession for Boston. Kyrie also had 13 assists.

Celtics scored 42 points in the paint and got to the line 32 times (although they made just 23).

The Celtics missed their first 10 threes and at halftime were 1-13 from the arc. They finished 10-33.

In the third, the Cs were more lively and a couple of times cut the lead to 10, with the ball, but they could never get to within single digits. And when Allonzo Trier hit a buzzer three, the Celts had only shaved one point off their halftime deficit.

Haverhill, Mass. product Noah Vonleh was a force early, helping the Knicks control the first half. He finished with 16 points, 10 rebounds and three blocks in what might be the best game of his career.

Terry Rozier was scoreless in 16 minutes.

Boston made just 39.2% of its field goal attempts.

Dudes made more than the Celtics tonight… https://t.co/kHqVieIPDJ