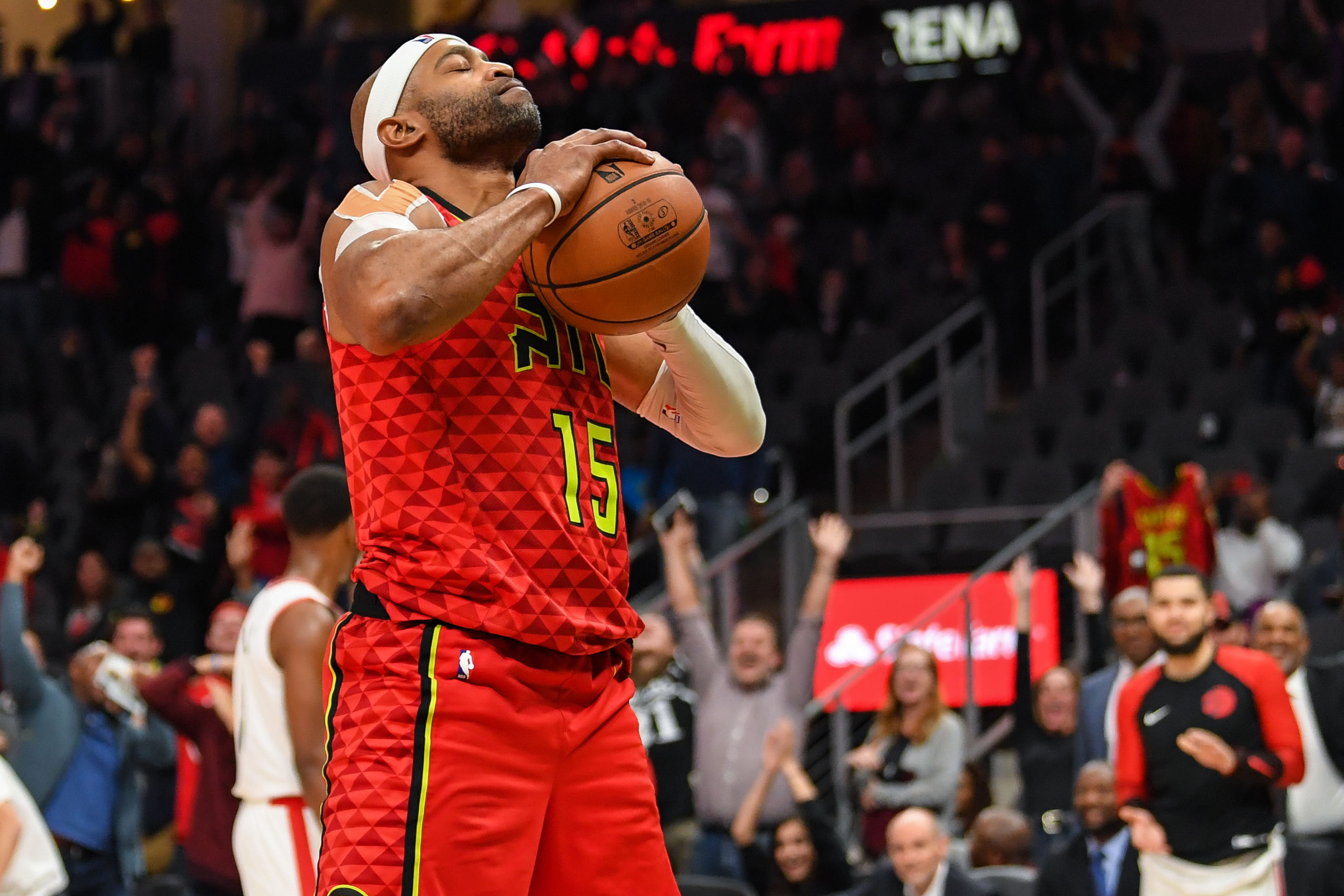 Hawks veteran Vince Carter is a timeless classic, and on Wednesday, he was able to hit a huge milestone.

And Carter did that by doing the same thing he’s been known for doing throughout his career — dunking.

Carter showed he can still throw the ball home with authority — even at 41 years of age — and he threw down a monster dunk in the final second of Wednesday’s game against the Raptors. That put him over 25,000 points for his career.

Vince Carter joins the 25K points club with (what else?) a dunk 👏
(via @HawksOnFSSE) pic.twitter.com/R4c89WVmgG

Teammate Trae Young showed Carter some love after the game.

25K…. WOW!!! That’s all I can really say Legend!! Nobody I know deserves these type of moments more than you!! Congrats 🐐 pic.twitter.com/KosQ4ZxeGc

VC has treated fans to so many highlight-reel dunks over the years, and he’s a pure scorer, so we’re glad to see him in the 25K-point club.