Wizards get much-needed win, but know more is needed 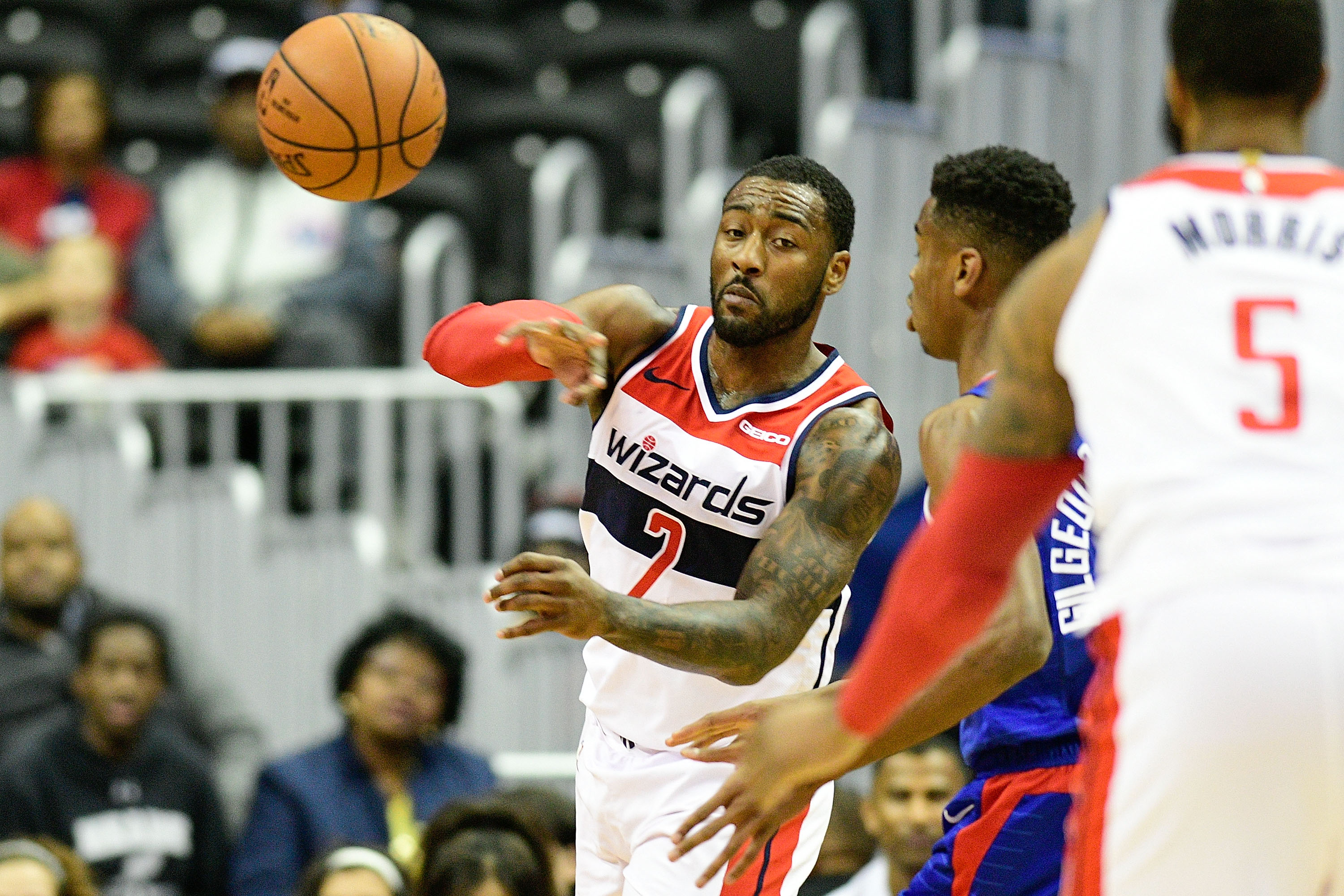 Wizards get much-needed win, but know more is needed

With their backs against the wall versus a possible rebuilding phase, the Washington Wizards defeated the LA Clippers, 125-118. The three takeaways from the game are here and full postgame reaction from the team is below.

On what changed to spark second half comeback:

“It’s just effort and heart. We played defense. That’s all.”

On Thomas Bryant: "He’s a guy that’s excited and loves the game. Because of that energy, whether we’re at practice or whatever it is, he never has a dull moment." pic.twitter.com/33LzthMPDQ

On the change in the second half:

“In the third quarter the focus was ‘we’ve got to win, do whatever it takes to do so.’ Everybody sacrificed for the good of the team and beared down on defense. Defense is what’s going to win us the game.”

On whether tonight’s win puts a bandage on things…

“We’ve still got a lot to fix — it’s one game. I’m still not happy and I know [our team] isn’t happy with where we are. We have a lot of work to do, but we definitely take a lot of positives out of [tonight]. Especially with all the negativity that’s been surrounding us, we take all the positives we can get.”

Bradley Beal knows that the #Wizards still have issues. When asked if things can be fixed long-term, he says he "hopes so." pic.twitter.com/R4Goqc7bQB

The self-appointed enforcer on the team is not happy that a player in the locker room (what he insinuated) divulged events of last Thursday’s practice to the media.

Markieff Morris said it's "fucked up" that someone within the team is talking about what happens at practice. pic.twitter.com/6uSF3Saf29

“Of course, everyone wants to start, but that’s not the position I’m in. I’m not the coach, I don’t make the decisions. Just have to go out there and play.”

On the nature of the conversation with Scott Brooks:

“He told me I wasn’t starting. It was as simple as that.”

Markieff Morris on not starting: "Everyone wants to start, but that’s not the position I’m in. I’m not the coach, I don’t make the decisions. Just have to go out there and play."

Both Scott Brooks and John Wall praised Morris for taking it like a true professional.

On his first career start in the NBA:

Thomas Bryant on his first career start: "I was very excited. Jitters were coming. … I want to help my teammates in every way possible."@nolimittb31 tied his career-high with 7 points on 3-5 shooting. Love how joyful he is. pic.twitter.com/ZiyGEljnQ9

On playing a season-high in minutes and that possible continuing:

Reporter: Scott Brooks says he wants to get you more minutes and seems to mean it.
Tomas Satoransky: "Good." 😂

If Sato is playing the way he did tonight, he has to be consistently getting 20+ minutes. Great team player. pic.twitter.com/dJp4Fvdjd6

“John, he’s been taking hits. The guy, he’s come in and worked hard. He’s getting to practice early. You hear all the reports [that] ‘he’s heavy.’ The guy has 7 percent body fat. If anybody has 7 percent body fat, raise your hand. [No one in media raises hand.] Thank you. He’s in great shape. I like the way he plays. He plays hard. He hasn’t played well, none of us have. … He’s a warrior [for playing through injuries.] There’s a lot of guys that I’ve seen in my playing career that they love to sit out. They’re just talented and they got guaranteed contracts. You can sit out and you can’t do anything about it. You admire and you appreciate and you celebrate the guys that play hard and don’t have to tell the world that he’s banged up. John had a contusion in his thigh in Game 2 or whatever. It bothered him for 6 or 7 games. He didn’t say one word and I wasn’t going to say it. It’s over, he’s feeling great and he’s fought. He’s not going to tell the world, ‘look at me, I’m sore.’ He doesn’t want your sympathy, he fights and he plays and he plays the right way, he plays hard.”

“He just plays hard. He plays the right way. There’s no agenda. It’s on me, I need to find him more minutes. … His passion. It overflows and you see it. … I’m finding him minutes. I don’t care who, I’m finding him minutes. He deserves it. He plays too hard and he plays the right way, gives you everything he has. I’m slow, It took me 15, 16 games to figure that out. He’s earned it, he’s playing.”

On Markieff Morris being benched:

“It’s not easy to swallow [getting benched]. I’ve never been in his situation, I only started 7 games in my career and he’s started for a long time. When I talked to him yesterday, he took it like a pro. It’s not an easy conversation as a coach, it’s not an easy conversation as a player to have. He took it the right way. I’m just glad he came back after a crappy first half and came back and played well in that second half.”

From the Other Side

Marcin Gortat on returning to D.C.: "Well, obviously a very emotional moment. … It was great to be here. It was weird to sit on that side of the court and play against your guys. It was tough, very emotional and weird."

Pretty lame that he did not get a tribute video tbh

Doc Rivers: "They just forgot about all of the stuff they are going through and just got back to playing basketball. … Now that we do not have to play them again, I hope this starts them on a run."