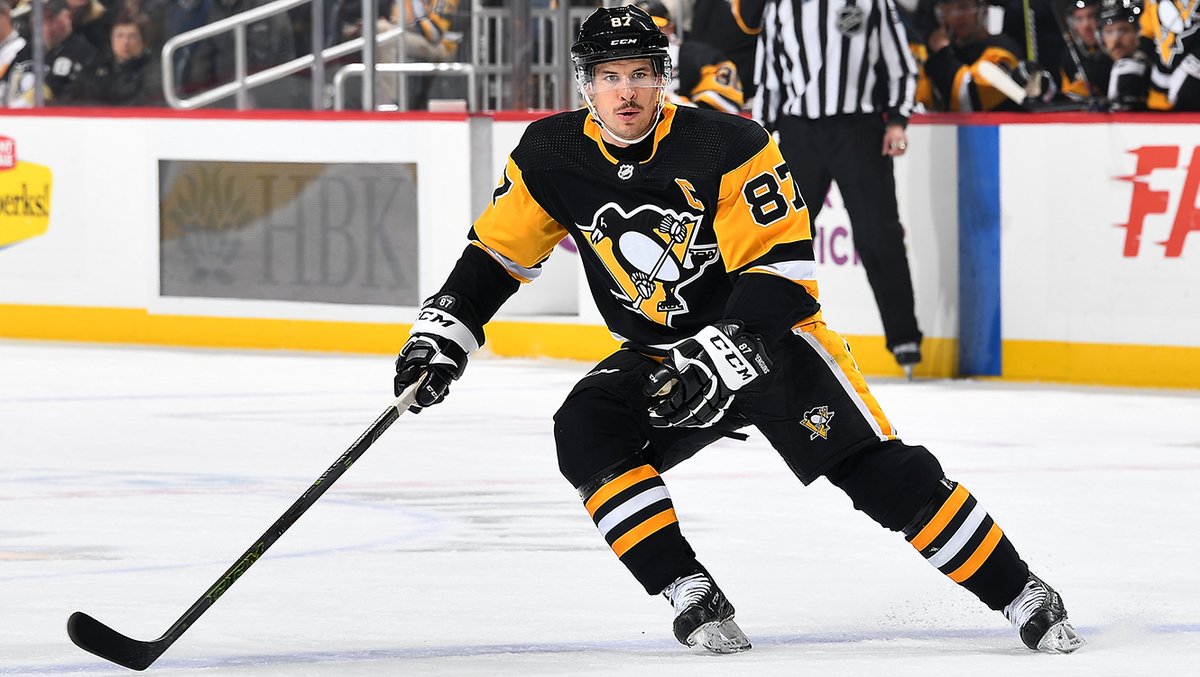 Things lately have kind of …well sucked in Penguins-land. The team waffles between looking lost, looking like garbage, and occasionally like they care but only about playing offense. In, short, this is the most adversity we’ve faced since Mike Sullivan came to the team and brought “Just Play” with him. While I get that some of you may have forgotten what losing feels like, I mean it’s not like we’re Oilers fans over here. It is Thanksgiving and believe me we still have a hell of a lot to be thankful for as Penguins fans. So consider this your reminder of how good we have it.

1. Kris Letang looks like Kris Letang
In the 19 games so far this season Letang has been the team’s MVP. His play has reached levels, just a few months, after many cried his career “finished” that we hadn’t seen since 2016. Just look at the clips below… you better be thankful he’s on your team and not someone else’s.

"Silencing Your Haters" by Kris Letang. Coming to theaters this summer. pic.twitter.com/EpU5Hhx3IC

2. Phil Kessel is Rebounding
You know, rebounding from that horrible 92 point season he had last year.

I also feel now might be an appropriate time to discuss the fact that Phil Kessel has been this team's most consistent player this year. 10 goals already. Legitimately a threat night in and night out.

3. Evgeni Malkin finally snapped his PIM streak
In the loss against the Sabres, Malkin did not take a penalty. For literally the first time since November 5th against New Jersey. Say what you will about Geno and his penalties, they’ve always been a part of his game and he’s frustrated so of course, he’ll take more. Seeing him stop doing stupid things definitely feels good.

4. Crosby’s back
This is meant in a few ways. While on one hand it’s talking about his imminent return from his short-term upper body injury there’s more to it than that. On November 21, 2011, Sidney Crosby made his triumphant return (the first one) from a concussion that threatened to end his career and put his legacy in jeopardy. So I think, Thanksgiving is a pretty good time for us to just take a second and reflect on the fact that Crosby has come back. That in the time since that fateful season he has won back-to-back Stanley Cups, back-to-back Conne Smythe Awards, a World Cup Gold Medal, a World Championship Gold Medal, a Rocket Richard Trophy, and reached the 1,000 point threshold for his career. Not only is Crosby back, but he has thrived since returning and it’s important to keep that in mind.

4. Nous Avons Le Magnifique
Along with Crosby, there is no more special name in the Penguins franchise than Lemieux. “Le Magnifique” means the magnificent one in Lemieux’s native French while his name itself literally means the better (best). And there are just not enough adjectives in either language to do the man justice. He saved the franchise. He saved it again. And he will always be special to us. So we should all be thankful he’s affiliated with the Penguins and not someone else.

5. GMJR Admits Mistakes
Look, we can yell about the Penguins GM. We can rant and rave and get mad but there’s certainly one thing he does pretty effectively. Know when he done goofed. Last year, Matt Hunwick was a mistake. So far, Jack Johnson is not looking good either. The team has to try to make it work with JJ – that’s what happens with 5-year deals. But, should it become readily apparent it isn’t going to happen, I have no doubt he’ll do something. He’s already made a move in Tanner Pearson that looks like it’ll work out. And yea, he’s old. He’s not trendy like Kyle Dubas. And it’s really fun to say all the good moves were “made by Botterill” but… I’ll just let Gretz take it from here:

6. The Penguins Social Media Team
The Penguins social team notched a massive assist when they helped a fan find a Kidney Donor by sharing her sign from a March game vs. Montreal. Come on, they basically saved her life. This is something to be seriously thankful for.

7. The Nashville Predators (yes, really)
Earlier this week, the Nashville Predators and Atlanta Gladiators did something truly special for a terminally ill boy from Ireland. The boy had never been to a game before and even got to sound the siren And moments like this should make us all thankful to be invested in this sport.

The one and only, @Gnash00 in the house! pic.twitter.com/M1sMBpMqEV

8. There are still more than 60 games left
Seriously. The season is just hitting the quarter pole. Like calm down.

*peeks around building to subtly whisper to penguins fans*

9. You’re not an Oilers fan
The Oilers have made a series of strange moves in the last decade that all make little to no sense. From the head-scratching one-for-ones to those Milan Lucic and Kris Russell deals. But seriously who in their right mind actually okayed Hitchcock coaching McDavid? Sure, they may win games more often but you all remember what happened to Sidney Crosby under Mike Johnston? What is it they say about those who don’t learn from history again?

Can’t wait to watch the most electrifying offensive hockey player and generational talent for about the next 10+ years have to play slow, shutdown defense!

10. Oh and this little thing