Cardinals 40-Man Adds Are About More Than Just Protecting Prospects 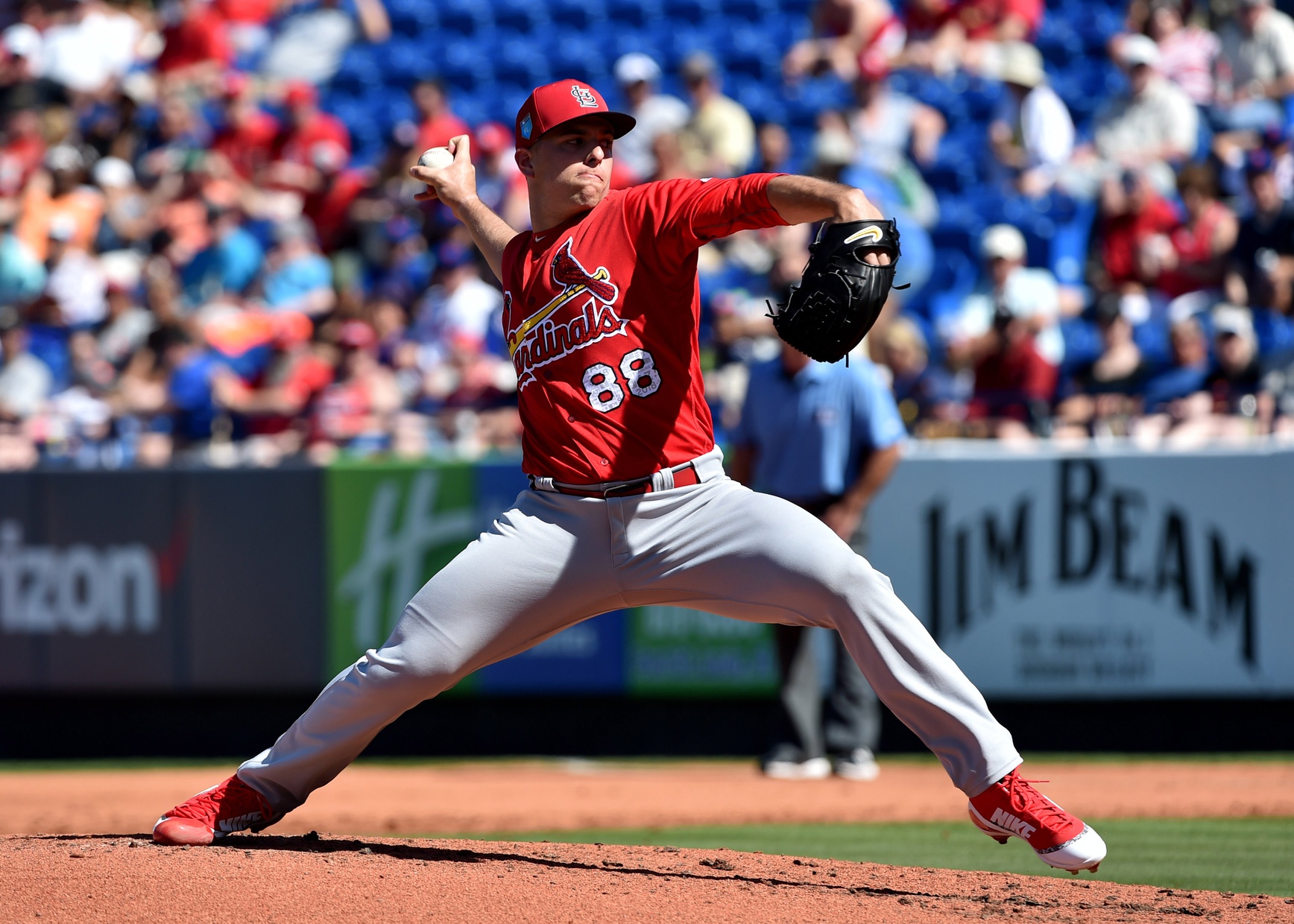 On Tuesday afternoon, the MLB deadline for protecting players from December’s Rule 5 Draft came and passed. Minor League players are eligible to be taken in the Rule 5 if they are not on the 40-man roster AND were drafted/signed at (a) 18 or younger and have spent 5 seasons in the organization or (c) age 19 or older and have spent 4 seasons in the organization. If a player is selected in the Major League portion of the Rule 5 Draft, the selecting team must keep that player on the 25-man roster (or DL) for the entire season, or offer him back to his previous organization.

All told, the Cardinals had 15-16 players eligible, though most are not at risk of being selected. Two players that the Cardinals declined to protect, Max Schrock and Junior Fernandez (the team’s #11 and #14 prospects based on MLB Pipeline’s Top 30), do have a good chance at being sniped by another team. Schrock is a AAA player, thus close-to-MLB-ready as is, and Fernandez carries a lot of upside, though held back by injuries, and has ascended to AA.

However, the players I’m here to talk about are the 4 players that the Cardinals did add to the 40-man roster. Enter: Lane Thomas (OF), Ramon Urias (INF), Genesis Cabrera (LHP), and Ryan Helsley (RHP). Exit: Conner Greene (RHP) and Derian Gonzalez (RHP).

The interesting part of the 4 players that the Cardinals elected to protect this year is the immediacy of impact they could have on the big league club.

That aspect makes this year’s additions about more than just prospect protection.

How is this year different?

In years past, Rule 5 protections have been (sometimes) spent on lower-level players that had been around for several years, but were still a couple more years away. A prime example of this is Edmundo Sosa, who was added to the 40-man for the 2017 season despite his highest level being at High-A. He wouldn’t appear in the majors until nearly 2 years later, tallying 3 plate appearances in September 2018.

The reason players like that get protected is because of the boldness of other teams. The Cardinals have lost low-level players recently — Luis Perdomo in 2015 and Allen Cordoba in ’16 — because they didn’t protect distant talent. Those selections led the Cardinals to protect Derian Gonzalez last season, even though he had only reached High-A. They felt he had the potential to rise quickly, and was therefore susceptible to the Rule 5. Injuries interrupted his 2018, however, and he is a 40-man casualty just a year later.

Now, let’s move on to the 4 players added to the 40-man roster this year. All of which we may see in St. Louis during the summer.

The Cardinals acquired Thomas from the Blue Jays in July 2017 in exchange for international cap space. In 2018, he made himself look like a steal with a breakout year. He’s kept it going with a strong showing in the AFL, as well. His combined 27 home runs led the Cardinals system and he showed himself to be a capable CF. With 17 steals last season, he brings some speed to his game, though he gets thrown out too much to have a regular green light.

Thomas can certainly enter the fray as a 4th OF with a strong spring training. Tyler O’Neill and Adolis Garcia present 40-man OFs ahead of him, but if his 2018 performance continues, he will force the Cardinals hand. Derrick Goold talks on him more in this piece.

Urias — Older brother of Padres’ top prospect Luis Urias — was an international signee of the Rangers back in 2011. He then began playing in the Mexican League in 2013 (with the Rangers forfeiting his rights), and eventually signed with the Cardinals prior to the 2018 season. His stats in Springfield were a mirror image of the eye catching numbers he put up in Mexico for 5 years. That earned him a promotion to Memphis, where his numbers took a hit. He was adjusting to a new level of competition and only had 149 PAs, so 2019 will be big to see if he can bring those numbers back up.

Ramon enters the conversation with the Cardinals due to the exit of Greg Garcia, and thus, competition among utility players. Although he doesn’t bring the LH bat of Garcia, he saw time at 2B, SS, and 3B in 2018. He has split time primarily between 2B and SS in his career. He brings a more natural and athletic build to SS than Yairo Munoz, while carrying a more polished bat than Edmundo Sosa. A good spring and solid AAA numbers in 2019 will sandwich him between those two players on the Utility-Man depth chart. He’s still only 24.

Cabrera was acquired in the Tommy Pham trade this July and although oufielder Justin Williams comes in ranked higher on prospect lists, Cabrera was the gem of the trade. He brings raw ability, a slight frame, and clean and efficient mechanics. His high-90’s fastball and developed secondary pitches, Cabrera holds the upside of a Major League starter.

He advanced to AAA late in the season, mostly for the postseason and shifted to the bullpen at that time. He had a strong showing. At just 22, his future can still ultimately lie in a rotation. But with an immediate (and desperate) need for quality LH relief, Cabrera has a clear path to the Major League roster in 2019. He is a player that I am really excited to see.

Helsley is the highest rated prospect of these 4. If not for shoulder fatigue shutting him down mid-season, we probably would have season him in St. Louis in 2018. In fact, John Mozeliak mentioned him by name (along with Jordan Hicks) at last year’s Winter Warm-Up, when asked about potential bullpen/closer options.

As it stands, only health will keep him from being a serious contender for a 2019 bullpen role. He brings a fastball that can hit 100 mph and draws some comparisons to Trevor Rosenthal. You can see from last season’s strikeout rates that the guy can miss bats. That’s a skill that the bullpen severely lacked in 2018.

Of these 4 players, I think it is a near-certainty that we see Cabrera and Helsley in St. Louis for a large portion of the 2019 season. Maybe they can resemble the dominance of the Rosenthal/Kevin Seigrist right-left tandem of 2013. That’s a big ask, though.

Thomas and Urias both have some players in from of them, but offseason trades and spring training injuries could change their status by Opening Day. Regardless, they are both in close enough proximity to the big leagues that strong performances can earn them a call-up in 2019. 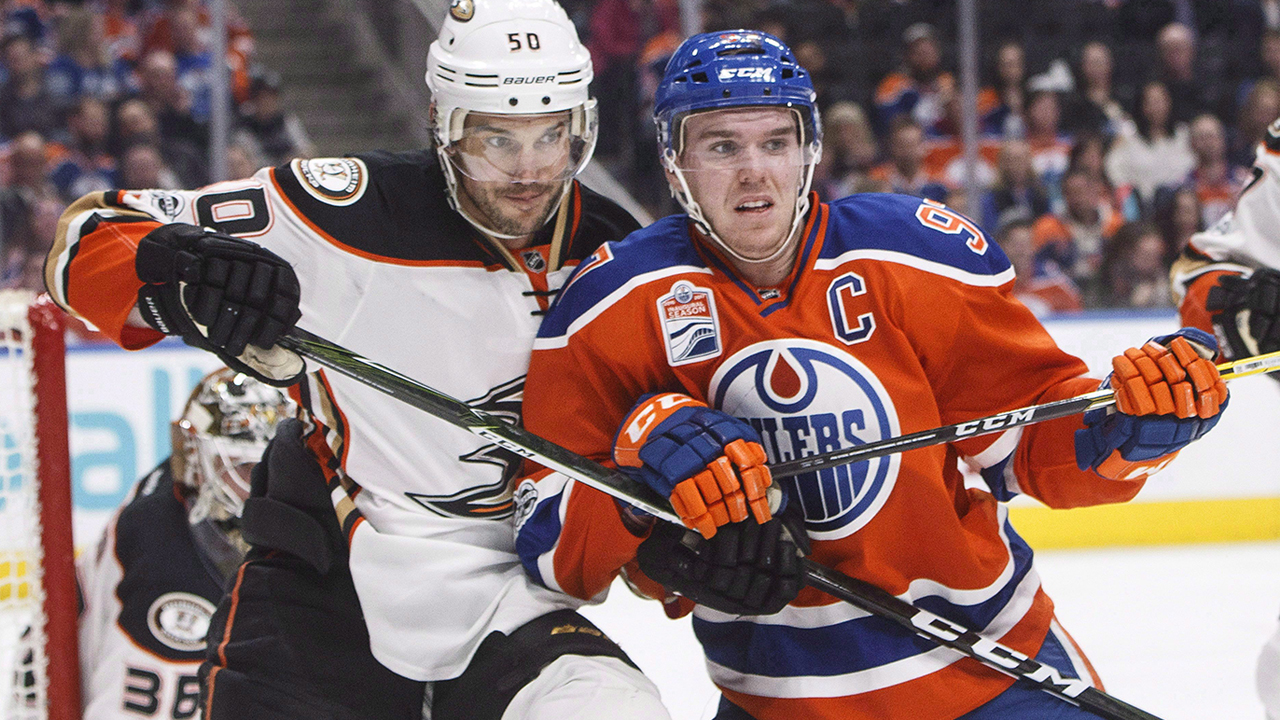 The Oilers are back in action at 2pm MT this afternoon (thanks for nothing, America) as they face off against the Anaheim Mighty Ducks of...