Your Morning Dump... Where the C's need a basketball chiropractor 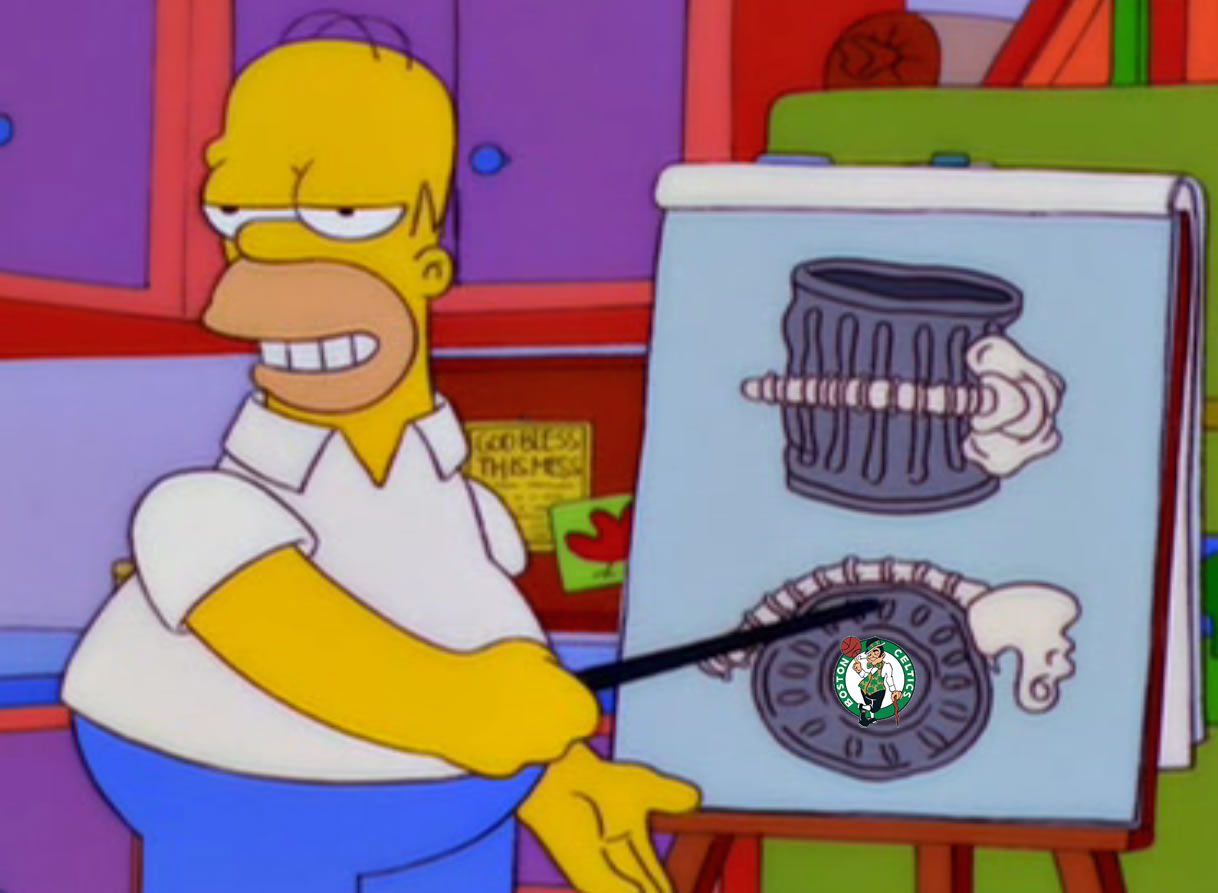 Your Morning Dump... Where the C's need a basketball chiropractor

Whatever is broken with this team simply refuses to click back into place.

“There’s no more time to wait,” Irving said. “It’s not that I’m pushing the panic button or anything like that, I just think that there’s no more time to wait for games to start off and then go down in a hole where even our home crowd has been antsy and guys are pressing and stuff like that. It’s a long game, but I think there are some controllable things in the beginning of the game that we can fix.”

The Celtics have Thanksgiving off before traveling to Atlanta and Dallas. A loss (or, heaven forbid, a pair of losses) in those two games would send fans screaming to the trade machine.

Yesterday, Ben Mark led off the dump with the idea that maybe the Celtics just aren’t that good.

Frankly, it’s hard to see how a team that came within a game of the 2018 Finals is somehow, with the addition of Gordon Hayward and Kyrie Irving, no better than .500.

I’m still convinced that the Celtics are going to get things figured out and go on a tear. But, as Stevens pointed out, ‘the results are speaking for themselves.’

The team needs to figure out how to be a team, because–apart from a few games here and there–they haven’t looked like a team. Figuring that out is tough. Pointing fingers is easy. With a .500 record, pointing fingers is extremely easy. A record that bad is the result of a number of individual issues.

Fortunately, neither Stevens nor Ainge are playing the blame game, and while some fans have their own particular theories about how such-and-such a player is ‘mostly’ responsible, the truth is not that simple.

I mean, think about it: If the team’s struggles were chiefly attributable to one or two players, I’m pretty sure the guys who get paid millions of dollars per year would’ve been able to solve the problem. If the problem is obvious to a half-inebriated guy at the end of the bar who’s struggling to hold onto a job in the grease pit of the corner Jiffy Lube, it has probably already occurred to the people who are paid to look at such things.

Nah, the Celtics’ issue is bigger and vaguer than “Jaylen Brown is terrible” and the solution is commensurately more difficult.

Since the team’s .500 record has been very much a group effort, getting out of this funk is going to be a group effort too. I’m not astute enough to guess the shape of the solution to this skid, but I know that there is a solution out there, and I’m confident that the team will find it sooner or later.

Page 2: Where Marcus Smart says the Celtics are playing like punks

With the way Smart was talking, I wondered if he was still confident his club could get to the championship-contending level it had been planning on since last summer.

And, at least according to the eye test, you’d think he’s on to something. I mean, individual players have been teeing up on the Celtics for weeks now. However, when you look at the big picture, the Celtics have–adjusted for schedule–the #3 defense in the league.

If it were as simple as ‘guys are too concerned with offense’, well, we’d be back to the same scenario as above: Easy problem, easy fix.

The Celtics need to shake off this weltschmerz and lassitude, and only they can figure out how to do it.