Breaking Down Five Keys for the Packers in Minnesota 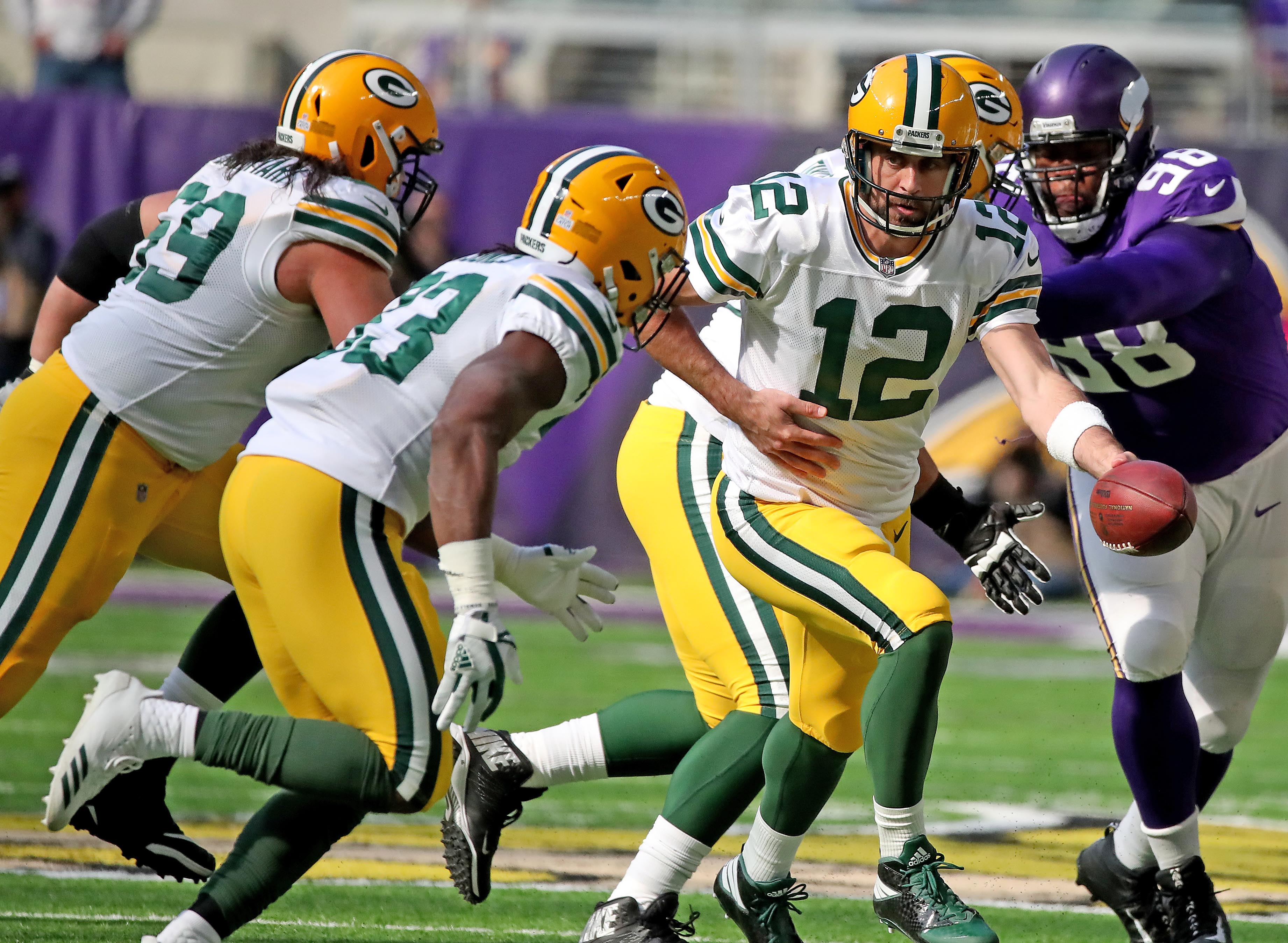 Breaking Down Five Keys for the Packers in Minnesota

The Green Bay Packers head to Minnesota to visit the Vikings in a Week 12 divisional showdown. These two rivals have met 115 times during the regular season in a series that started in 1961. The Packers hold a 59-52-3 advantage in this series with the two teams playing to a 29-29 tie in Week 2. Minnesota is 5-4-1 on the season while the Packers are 4-5-1. The loser of this game will be all but eliminated from the NFC playoff picture while the winner puts themselves in the thick of the hunt. For more insight and to get more premium NFL betting picks, visit The Linebacker.

Here is a look at they key matchups and situations that will determine who wins this NFC North battle Sunday night.

This remains a recurring problem for the Packers. Last Thursday, the Packers ran the ball enough in the first half and even got the ball to Aaron Jones through the air. In the second half, the Packers only gave Jones five touches and the offense faltered.

The Minnesota defense is a solid one and ranks a strong fifth in the league with only 94.8-yards rushing allowed per game.

But even if Jones isn’t consistently gaining five or six yards per carry, the Packers cannot afford to abandon the running game. They need to keep the Vikings defense honest and off-balance. In addition, if the running game is slowed down, they can also get Jones the ball via screens and swing passes. Jones is one of the offense’s most dangerous playmakers and they need to find ways to get him the ball.

Green Bay’s secondary is hurting but the Packers cannot permit Minnesota’s talented duo of Adam Thielen and Stefon Diggs to beat them. Thielen already has 85 catches and 1,013 yards on the season while Diggs isn’t too far behind with 71 receptions for 713 yards. The duo also has 12 touchdowns between them.

CB Kevin King has missed significant time with a hamstring injury and may not be ready for Sunday night. Safety Kentrell Brice missed the game in Seattle with an ankle injury but the Packers are hopeful he will return in Minnesota. Bashaud Breeland and Raven Greene were also hurt in the Seahawks game. Neither player has practiced this week. Breeland is listed as questionable while Greene is officially doubtful.

Regardless of who is available, the Packers secondary will need to step up and slow down the Minnesota wide receivers. Green Bay will need Jaire Alexander, Tramon Williams and reserves like Josh Jones, Tony Brown and Ibraheim Campbell to play well whenever they get on to the field. If they don’t, the game will become a track meet which wouldn’t bode well for the Packers.

Minnesota has compiled 32 sacks this season, but DE Danielle Hunter has 11.5 of them including at least one sack in eight of Minnesota’s 10 games this season. The Packers must find a way to slow down Hunter and with it the Vikings pass rush.

Mike McCarthy prefers to allow his tackles to block edge rushers one-on-one which means that the job will fall primarily on Bryan Bulaga.

Hunter likes to line up wide and create advantageous angles for himself coming from the outside. His speed will provide a challenge for Bulaga who has been playing through nagging injuries all season.

If Bulaga struggles, the Packers will likely play more two TE formations and use one of them to chip Hunter and slow him down. Aaron Rodgers needs time to throw so this aspect of the game will be critical.

Randall Cobb and Geronimo Allison are out while Jimmy Graham has a broken thumb but may try to play. That means Rodgers will be without two of his top three wide receivers and his first-string tight end will either be out or be compromised. So, the only experienced and reliable receiver Rodgers will have is Davante Adams.

Adams is by far the Packers most dangerous receiver and the one Rodgers feels most comfortable passing to. He needs just 47 yards to reach the 1,000-yard mark for the first time in his NFL career.

How important is Adams to the Green Bay offense? The Fresno State alum has 72 catches in 10 games while no other Packers receiver has even half as many receptions.

The Vikings will almost certainly match up their best cover corner, Xavier Rhodes on Adams. Don’t be surprised if Minnesota’s defense also gives Rhodes safety help on many plays. If the Vikings can take away Adams, they can force Rodgers to throw to receivers he lacks confidence in. Adams will have to have a big day for the Pack to be successful and at least one other receiver needs to step up and provide Rodgers with a reliable alternative.

5. Get Aaron Rodgers and the Offense in Rhythm

All season we’ve seen the Packers offense struggle to gain any kind of rhythm. There are multiple reasons for this, but time is running out for the Packers to fix it.

Aaron Rodgers has been holding onto the football for too long. That’s in part because he doesn’t fully trust his younger receivers and in part because of a reluctance to find his check down receivers when longer passes aren’t available.

The Packers also aren’t getting plays off on time. They’ve wasted too many timeouts to prevent delay of game penalties and aren’t using the no-huddle offense enough that was so effective for the team in recent seasons. The Packers used to dictate the tempo of the game when they had the ball but they’ve struggle to do that this season.

Rodgers and the offense need to be more consistent and regain their rhythm which is a tall task against a Vikings defense ranked fifth overall in the league against the run and sixth against the pass.

The Packers are 0-5 on the road this season and that must end immediately if they hope to salvage their season.

The Pack should have won the first meeting between these two teams, but it will be tougher to win in Minnesota. The banged-up defense will mean Rodgers will have to have a great game for the Packers to win. He’s certainly capable, but he hasn’t put together a great all-around game all season.

Somehow, the Packers will find another way to fall just short.