Ronda Vs. Charlotte, Becky Vs. Nia Is Right Direction For 'WWE WrestleMania' 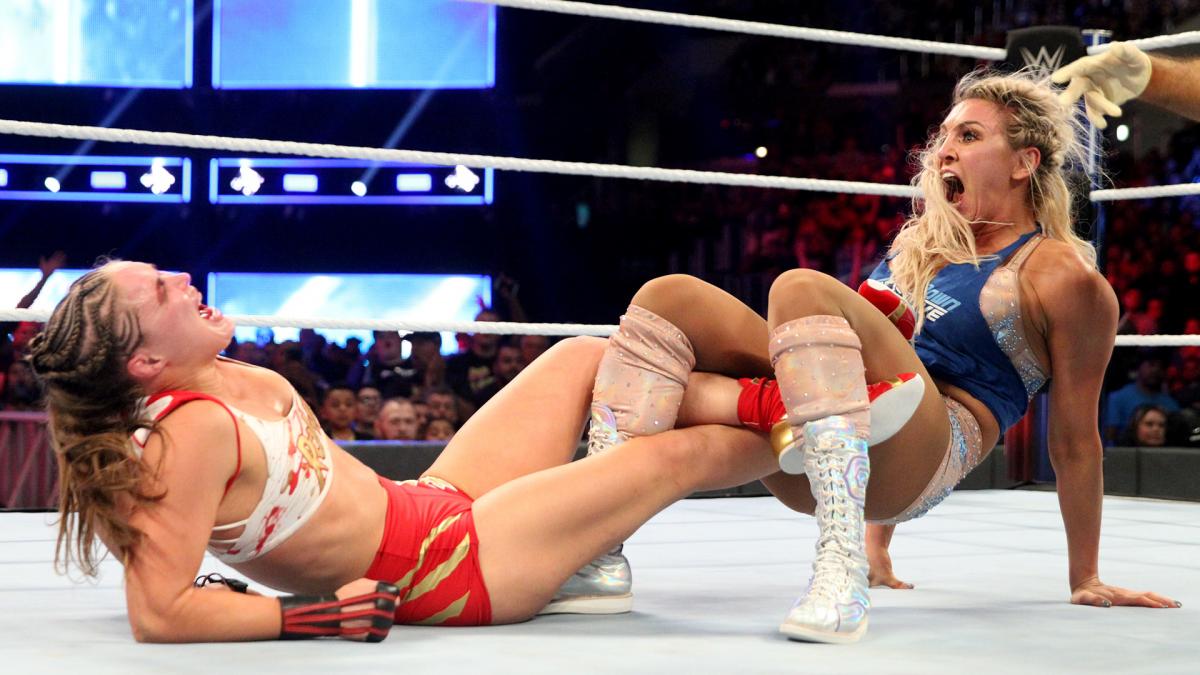 Ronda Vs. Charlotte, Becky Vs. Nia Is Right Direction For 'WWE WrestleMania'

It’s never too early to look ahead to WrestleMania and come the end of each calendar year, WWE is generally doing just that.

Some of the most compelling stories on WWE television at the moment are currently being told in the women’s division, where Ronda Rousey and Becky Lynch are the champions of Raw and SmackDown, respectively.

Lynch and Rousey were set to square off at Survivor Series in a battle of brand surpremacy, but an injury to Lynch on the Monday night before the big event prevented that match from taking place. As a result, Charlotte was put into that spot.

It was unfortunate, as it was a match fans seemed quite eager to see. Many of them believed they still would, perhaps on the grand stage of WrestleMania. Much of that idea was driven by the activity on Twitter between the two ladies, who continued to take pot shots at one another.

Ronnie, TL/DR. When I got my face broke I got up, owned you THEN showed up the next day looking to fight some more. When you got your face broke you hid for a year under your blankie. Your mind is as weak as your jaw, & I’m going to move heaven & earth to come destroy them both. https://t.co/8oDubzNYr4

The idea made sense. Rousey and Lynch could continue to build a fued that way for several more months, bringing it to a boiling point by April 7, 2019. That all looked good until Survivor Series, of course.

That night, Charlotte handed Rousey one of the most savage post match beatdowns in WWE history. WWE didn’t book an angle like that for no reason. An angle like that is only fit to lead to one place…. WrestleMania.

Charlotte vs. Rousey was rumored to be the main event of WrestleMania 35 as soon as Charlotte snapped Asuka’s long winning streak last year. The match made sense. The baddest woman on the planet against the best female competitor of this era.

But than Lynch stepped in, winning the SmackDown Women’s Championship from Charlotte at Hell in a Cell back in September. Since turning heel, Lynch has transformed her character and is still loudly cheered by the majority of the WWE Universe. She’s even drawn comparisons to “Stone Cold” Steve Austin.

Fans likely won’t be thrilled at the idea of Lynch losing out on this match with Rousey, but it can always be put off for a later date. Besides, there’s a match that makes much for sense for her to have at the biggest event of the year.

Lynch was removed from her match with Rousey due to suffering facial fractures and a severe concussion due to this punch thrown by Nia Jax.

She was nearly immediately accosted by fans on Twitter who felt she was a bit too aggressive with Lynch, to which Nia had this to say:

Hey…we don’t deliver mail, things happen. Is anyone gonna ask me about how my fist feels? pic.twitter.com/RjRVcVWTEQ

At Survivor Series, Nia came out to the loudest boos of the night but it became clear that the injury she caused to Lynch hadn’t landed her in the doghouse. In fact, quite the opposite.

She ended up being the sole survivor for Team Raw in the 5-on-5 women’s match, pinning the once unbeatable Asuka in the process. Those loud boos were all WWE needed to hear to convince the company that money can be made off of a feud between Nia and Becky.

So though fans wanted to get Becky vs. Ronda at WrestleMania or perhaps even a triple threat that included Charlotte, the two singles matches are the ones to make.

The only obstacle (though it’s not a big one) is the fact that Ronda and Charlotte are on opposite brands as are Nia and Becky. This can be solved by having either Charlotte or Nia win the Women’s Royal Rumble in January, should Ronda and Becky hang onto their titles until WrestleMania, of course.

Most of all, WrestleMania needs to be an event that is booked as the ultimate proving ground, a place where scores are settled. In recent years, it has become an event bogged down by multi-person matches just to get all of the talent on the card.

Fans may not realize it now in their ever-growing love for Lynch, but both of these grudge matches, if continued to be built up right, would be red hot come April and matches that fans all over the world would consider to be must-see contests.