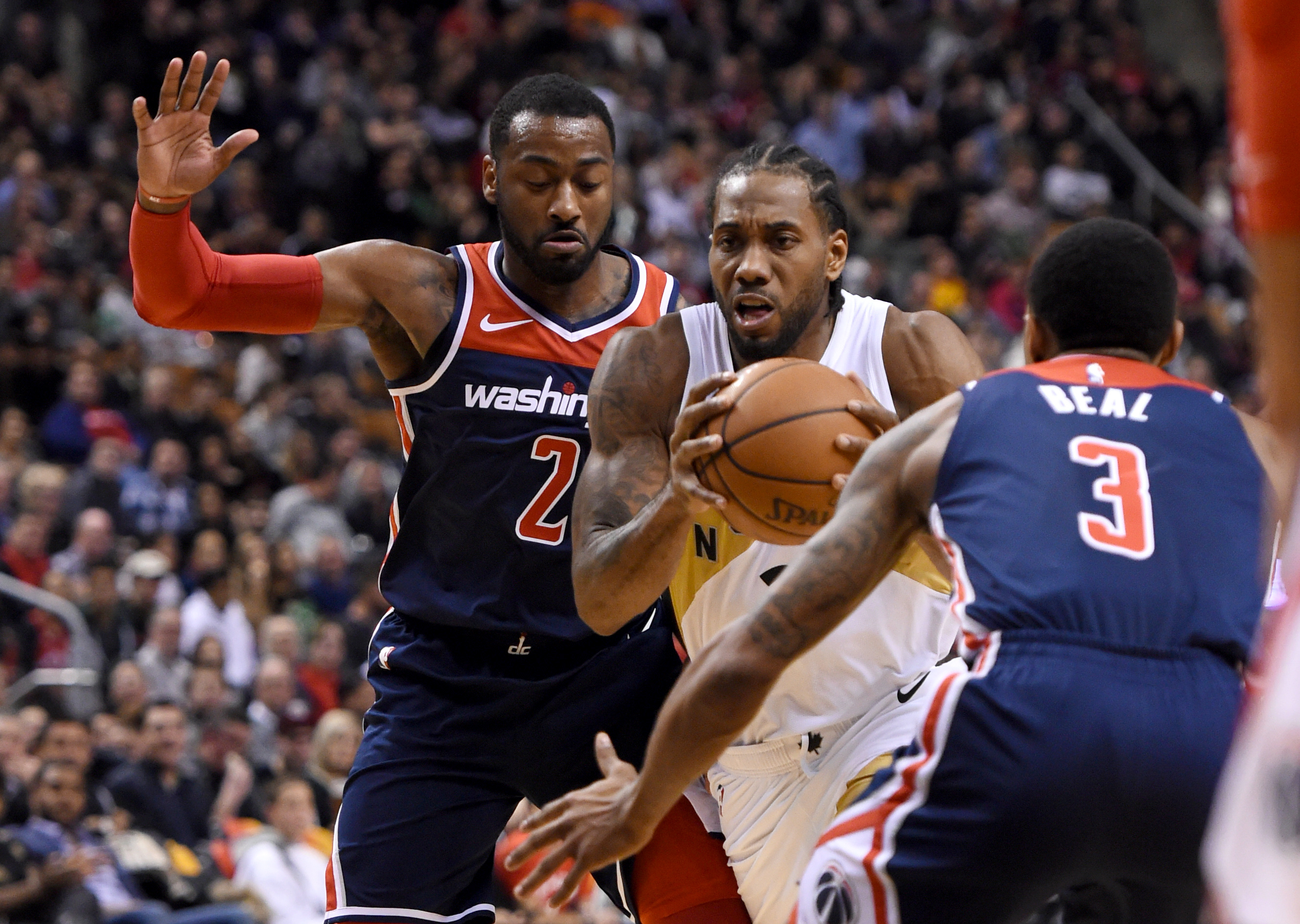 The first time the Washington Wizards faced the Toronto Raptors this season in Game 2, the defending regular season Eastern Conference champions took care of business. That was without the services of Kawhi Leonard who is back looking like an All-Pro talent.  With their struggles on defense still on display, Washington struggled against Toronto on the road, but managed to make it competitive for a bit.

Death by the three

Several times already, the Wizards have shot poorly from beyond the arc and also not defended it well on the other. That was not the case last season when Washington was one of the best three-point shooting teams and also best at defending the arc. The Wizards shot a franchise-high 46 from beyond the arc but made a mere nine for a measly 19.6 percent. John Wall was 1-of-7, Otto Porter was 1-of-6, Kelly Oubre was 0-of-6, and Jeff Green was 0-of-5 from deep. On the other end, Toronto was 17-of-39 from beyond the arc for 43.6 percent meaning they outscored Washington by 24 from deep. The home team had seven triples in the first quarter alone. For much of last season, I thought the Wizards were pretty lucky in their three-point defense where teams were just missing shots so maybe there is some law of averages going on.

Thomas Bryant started again for the injured Dwight Howard, but only played 18 minutes of which eight came at the beginning of the game. Markieff Morris came off of the bench again, but pretty much-played starter’s minutes at 29. Kelly Oubre started, but only played 25 minutes, while Tomas Satoransky played 24 minutes for the second game in a row after Scott Brooks promised to get the Czech product more playing time. That is also cutting a bit into Austin Rivers’ playing time as he only played a third of the game at 16 minutes. Jeff Green played 23 minutes, all in the final 32 minutes of the game, while Ian Mahinmi and Jason Smith both were DNP-CD. Troy Brown was sent down to the G League where he had 13 points and four assists in a start; he could be back with the Wizards on Saturday before heading back to the Go-Go on Sunday. If the struggles continue, Scott Brooks may have to make more changes to the rotation, but do not expect it to happen to the three max players not starting because he joked as much on Sunday when he first benched Morris.

After just 12 minutes of play, the road team was down 12 points after being up 16-14 midway through the quarter. OG Anunoby came in off the bench with eight points on 3-of-3 shooting including two from deep. Toronto was 7-of-13 from deep in the first frame, while Washington was just 1-of-9. As a silver lining, the Wizards assisted on each of their 11 made field goals, which is a bit surprising given their low assist rates so far this season. From a season-long standpoint, Washington has a 117.4 defensive rating in the first quarter, which is third worst in the NBA. Of course, they are also the second worst in the NBA across the entire game at 112.8 points allowed per 100 possessions.

Next Game: The Wizards fly back to D.C. tonight and have a quick turnaround when they face the Pelicans on Saturday at 8 p.m. Both teams will be on the second night of a back-to-back.