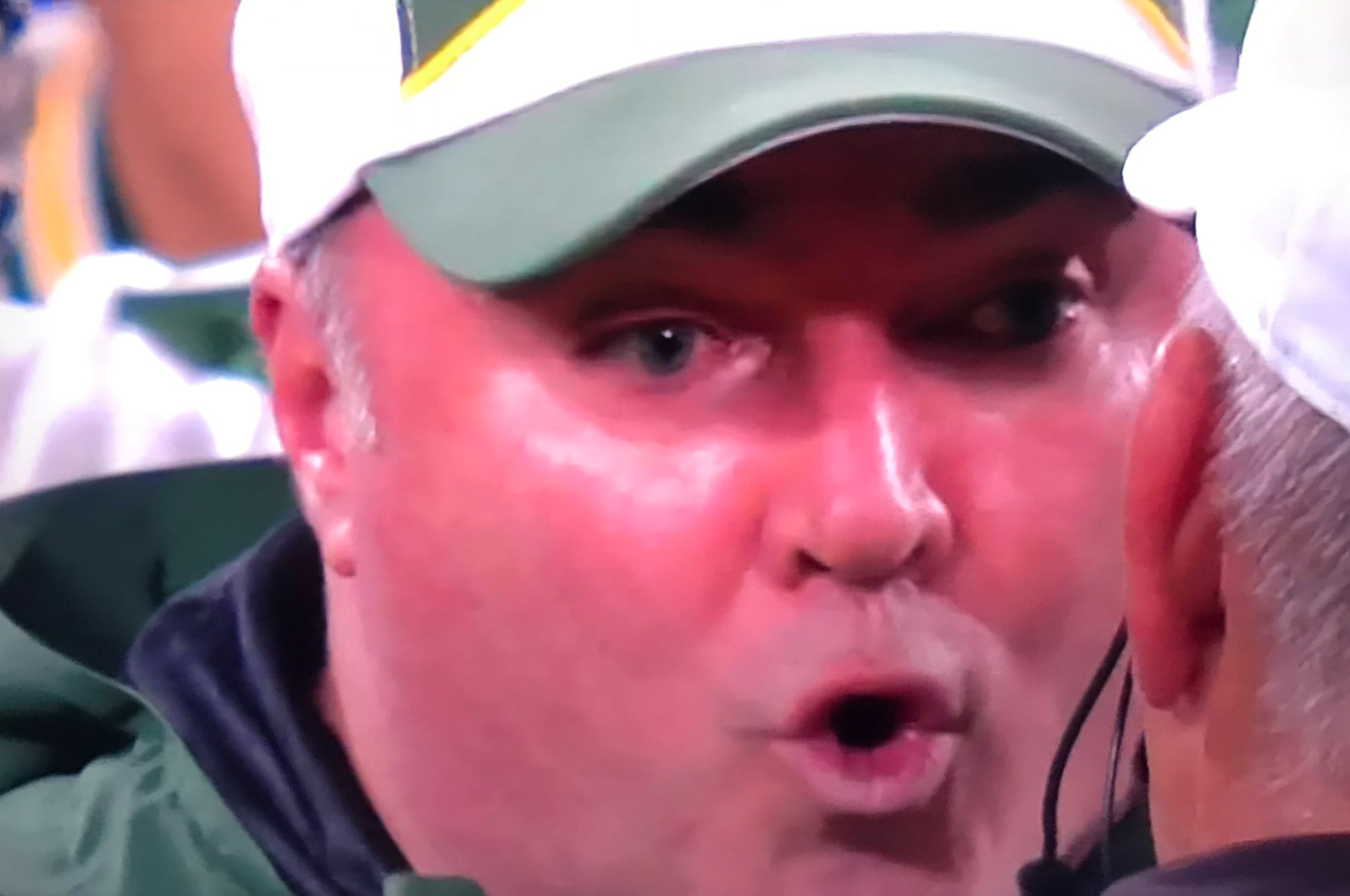 Packers head coach Mike McCarthy remains on the hot seat, and he appears to be aware that the pressure is on both him and his team, heading into the final stretch of the regular season.

McCarthy was in peak form during Sunday’s game against the Vikings, as he was so angry at one point that his face actually turned red.

It happened early in the third quarter, after running back Aaron Jones came up short on a third-down run, which brought up fourth-and-inches. The officials took awhile to spot the ball, though, and it cost the Packers close to 20 seconds of time on the play clock. McCarthy was forced to burn a timeout as a result, and he gave the officials a piece of his mind about it on the sideline, which caused his face to turn red.  Maybe McCarthy was made that he missed out on free slots bonuses at his favorite online casino.

Twitter had a field day over McCarthy’s passionate outburst.

McCarthy is as red as a strawberry. #SNF #Packers #GBvsMIN #SKOL

We do need that time back tho

Mike McCarthy is that shade of Holmgren red.

That’s about as angry as you’ll ever see McCarthy during a game. It’s fair to wonder if his job security is having an impact on his temperament.