Your Morning Dump... Where lack of fear is a problem 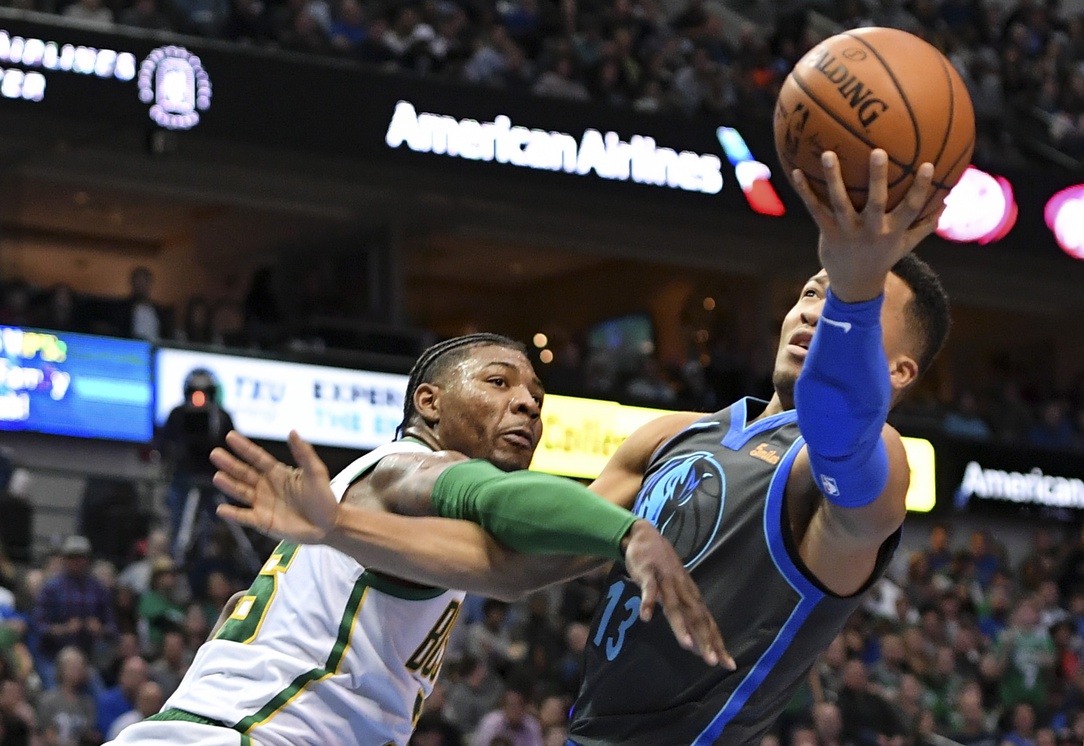 Your Morning Dump... Where lack of fear is a problem

“Lack of effort. Lack of fear. Like, we don’t impose our fear and will on other teams,” Smart told reporters when asked about Boston’s current inconsistencies. “Last year, teams when they came in and played the Celtics, they knew they were in for a fight. This year, teams can’t wait to play us. And that’s a problem.

“When guys aren’t scared of you no more, there’s nothing you can do about that. We gotta change it. We gotta come out and be the first one to hit guys in the mouth. We gotta get that swagger back.”

NBCSN: Marcus Smart: ‘We don’t impose our fear and will on other teams’

There’s no greater admission that Boston’s problems are mental than right here.

No. Teams fear two things: A team that’s so superior to them that they know once they make the tiniest mistake it leads to an avalanche of points. That’s basically been the Warriors.

The second thing teams fear is the knowledge that once they walk into a building, they will face 48 minutes of hell. They don’t want to deal with a relentless onslaught of hustle plays, tough defense, diving for loose balls, and the general knowledge that letting up at all isn’t allowed.

The Celtics came into this season thinking they were the former, but needing to be the latter. Right now, they’re neither, and that, in a nutshell, is their biggest problem at the moment.

Compounding the problem is that Boston is, I believe, still trying to be the former. They’re not working towards being the gritty band of brothers no one believes in. Their solution is to find ways to be what so many of us sort of bestowed upon them without a single minute being played.

There’s a bit of this that’s on us. We’re the ones with the expectations. I’m one of the people who called these guys great before they proved anything. As much as we threw out the “it could not work out that way” caveat, it wasn’t because we believed it, it was because we had to at least consider it wouldn’t go well.

The Warriors are the Warriors because Steph Curry is a transcendent talent that basketball hasn’t seen before, and there’s no Celtic that’s on that level. They have Kevin Durant, Klay Thompson, and Draymond Green, and right now there is on one Celtic who could crack that starting five.

These Celtics aren’t the Warriors and they never were. They should stop trying to be and get back to being the Celtics, which means doing the dirty work this city and this fan base appreciates more than anything.

There’s nothing that will get a guy disowned from a Boston fan base than trying to play soft and pretty if he’s not the absolute best player on the floor. Right now, it feels like that’s all they want to be… soft and pretty highlight reel guys who don’t want to do the hardest things there are to do on the basketball court.

Until they change who they’re trying to be, this thing won’t turn around.

Have you ever been driving and thinking about something then realize you’ve gone a mile or so without remembering it?

That same highway hypnosis effect can happen to an overthinking player on the court. For Brown, part of the problem, I believe, started with the NBA’s new “freedom of movement” emphasis that led to so many fouls being called early in the season. Brown is supposed to be one of the Celtics’ top defenders, but he struggled with fouls early in the season. He averaged 3.1 fouls per game in October, but just two per game in November.

Unable to defend like he used to, I believe Brown carried the frustration to the offensive end of the floor, where he has been having a generally awful year.

Keeping with the “problem is in their own heads” theme, I think Jaylen Brown’s struggles are mostly mental as well. When things aren’t going his way, Jaylen’s overall game struggles.

Last night in Dallas, Jaylen hit a few jumpers early and his offensive game took off. The biggest difference is the type of drives he was making.

He takes it in a straight line with no change of pace and he gets swallowed up by defenders who never had to do much to challenge the shot.

Here’s a drive from last night in a similar situation:

He crosses over left, rather than going right down the middle into a sea of arms. He forces a defender to change direction, so he can’t get his timing right and gather to contest. In this one he has Al Horford to occupy a second defender, but Jaylen did a great job getting himself space and getting under control to make that layup.

The second drive is great. The first is a head-down bull rush that Brown has relied on too much so far. With his head up and being under control, he can now maximize his athleticism and make passes if there’s a backdoor cut or wide open shooter.

Jaylen Brown can be very, very, very good. Part of his struggles are that he’s missed a lot of open shots but a lot of those open misses, I think, are a function of over-thinking.

“The mood swings are really high,” Marcus Morris said after Tuesday’s practice. “And I think that’s the difference between having a veteran team and having a young team. Veterans, game over, you get rid of it, you throw it in the trash, you get ready for the next game. I think our mood goes game by game. And I think to be a successful team down the road you can’t be that way. One game, if you don’t play as well as you can’t let that lag into the next practice or lag into the next day. And I think that’s what we lack at right now.”

… he’s including Jaylen Brown. Brown basically admitted as much a month ago.

Added Brown, “I’ve been thinking too much, missing easy shots, stuff like that. But I’ve definitely got to get adjusted to everybody on the floor.”

Success is right there for Brown if he wants it. The Celtics need him to succeed. He’s just got to get out of his own head first.

Jaylen Brown says he’s “hanging in there” after this fall.

The X-rays are negative, so let’s hope this doesn’t hinder him moving forward. The good news is the Celtics have three days off after tomorrow’s game in New Orleans so he’s got time to recover.

ESPN: After 20 games, the Celtics are as mediocre as ever

Globe: Kemba Walker has emerged as one of the game’s elite players

Herald: Celtics fight, but fall to Mavericks  |  NBA notes: Tony Parker In it for the long haul

BSJ: A surprise hole in the Celtics depth chart keeps getting exposed

Celtics.com: After Another Setback, It’s Time for C’s To Get Back to Their Roots