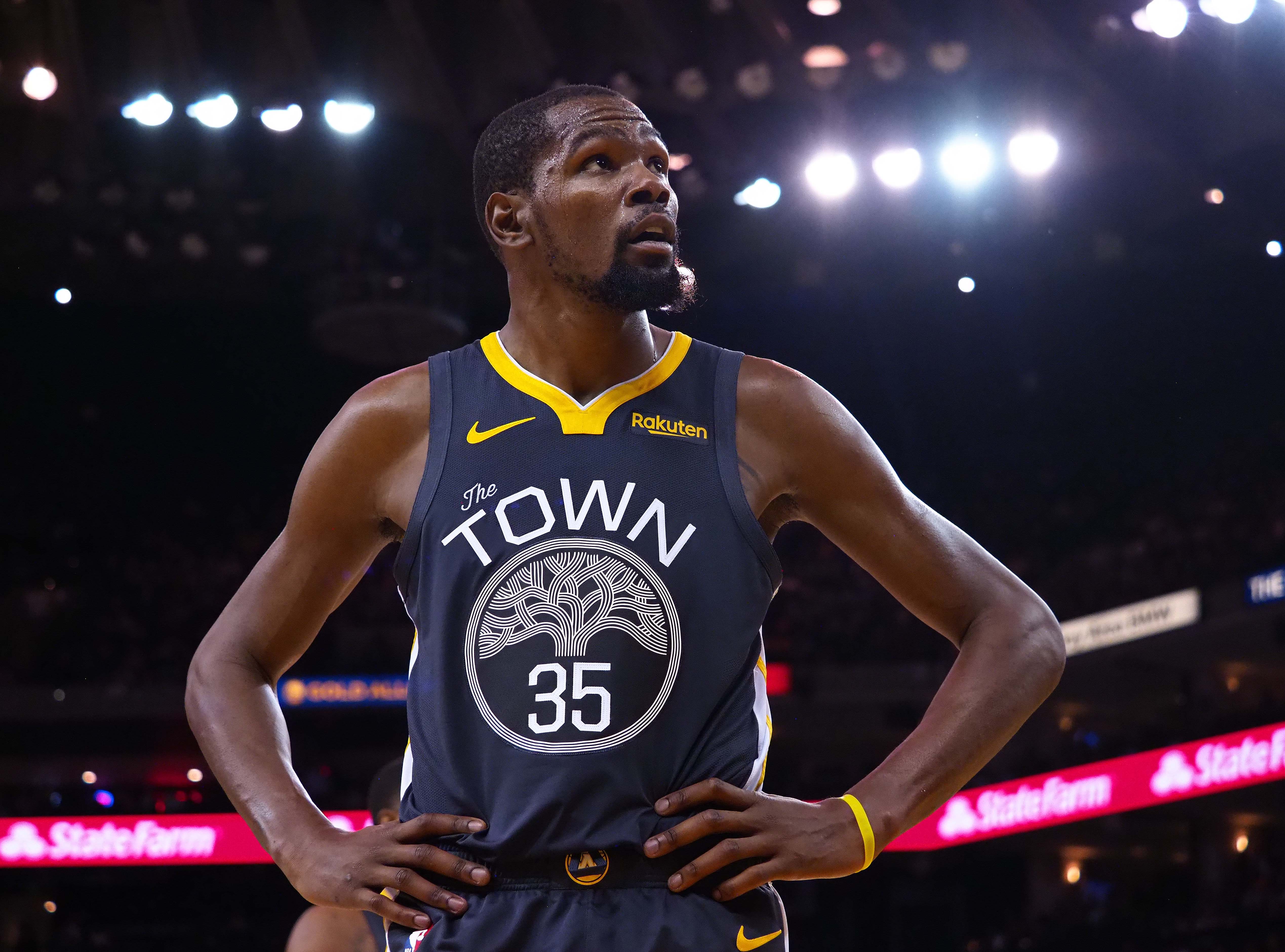 In dire need of answers, the reeling Warriors had just dropped 4 straight games.  They were fresh off of being thoroughly thumped by the Thunder at home, and the importance of the absent Steph Curry had never been so blatant.

Coming into Friday’s game vs. the Trailblazers, the Warriors offense looked like a mess.  Though not without a few bright spots, they largely hadn’t gotten anything going against the Mavs, Rockets, Spurs, or Thunder.

And as human nature tends to do, the media, along with hordes of Warriors fans, looked for a scapegoat.  Who is to blame for the lackluster performances?  Who should bear the unfair burden of the team’s blunders?

Some portion of Warriors fans were ready to have Steve Kerr’s head for not being able to construct an offense around 2 All-Stars, even without Curry and Draymond Green.

Others, and a large majority of social media, went after Kevin Durant.

The criticism was sharp and maybe even slightly warranted.  The former MVP had made 5 3’s in the past 6 games combined, and his mediocre 42% field goal percentage during that span was not “carrying the team,” as fans like to say.

As arguably 1 of the top 3 players in the NBA, Durant was expected to step up in Curry’s absence.  Instead, he produced dud after dud.  Loss after loss.

Klay Thompson similarly struggled without Curry on the floor, and really has been struggling all season.  But his criticism was overshadowed by the windfall of blame that befell Kevin Durant.

Until Friday’s game vs. the Trailblazers.

Some deep inner hunger to take over games finally emerged in KD.  He finished with an impressive stat line of 32 points, 8 rebounds, and 7 assists.

He facilitated the offense, got to the rim, and scored efficiently, getting his 32 points on a blistering 62% shooting.

And if you had to wonder if Friday’s game was just a one-hit wonder in the midst of a disappointing stretch, Saturday’s thrilling win over the Kings put that to rest.

Durant poured in a season-high 44 points, to go along with 13 rebounds and 7 assists.  Even with Klay Thompson’s game-winning put-back in the final seconds, Durant was the one who willed the Warriors to victory.

All of a sudden, KD has 76 points in back-to-back wins, and has been the X-factor in these Warriors’ victories.  Always known as one of the best scorers in the world, Durant has put his skill set on full display the past 2 games.

Over the span of about 2 weeks, Durant has gone from being the problem with the Warriors to being the one who saves them.

Of course, all of this can be seen, from a broad perspective, as immense over-reaction.  Of course Durant is a great basketball player.  And of course he can have slumps or go off at any time.

But when the media hunts for a fall guy, Durant is usually there to take the hit.  And the inevitable wave of criticism will hit him the hardest.

It’s never easy being under the spotlight as an NBA player.  But when you’re Kevin Durant, you’re constantly crossing back-and-forth between being superhero and scapegoat.

Which one will he be next?

Depends if the Warriors win or not.