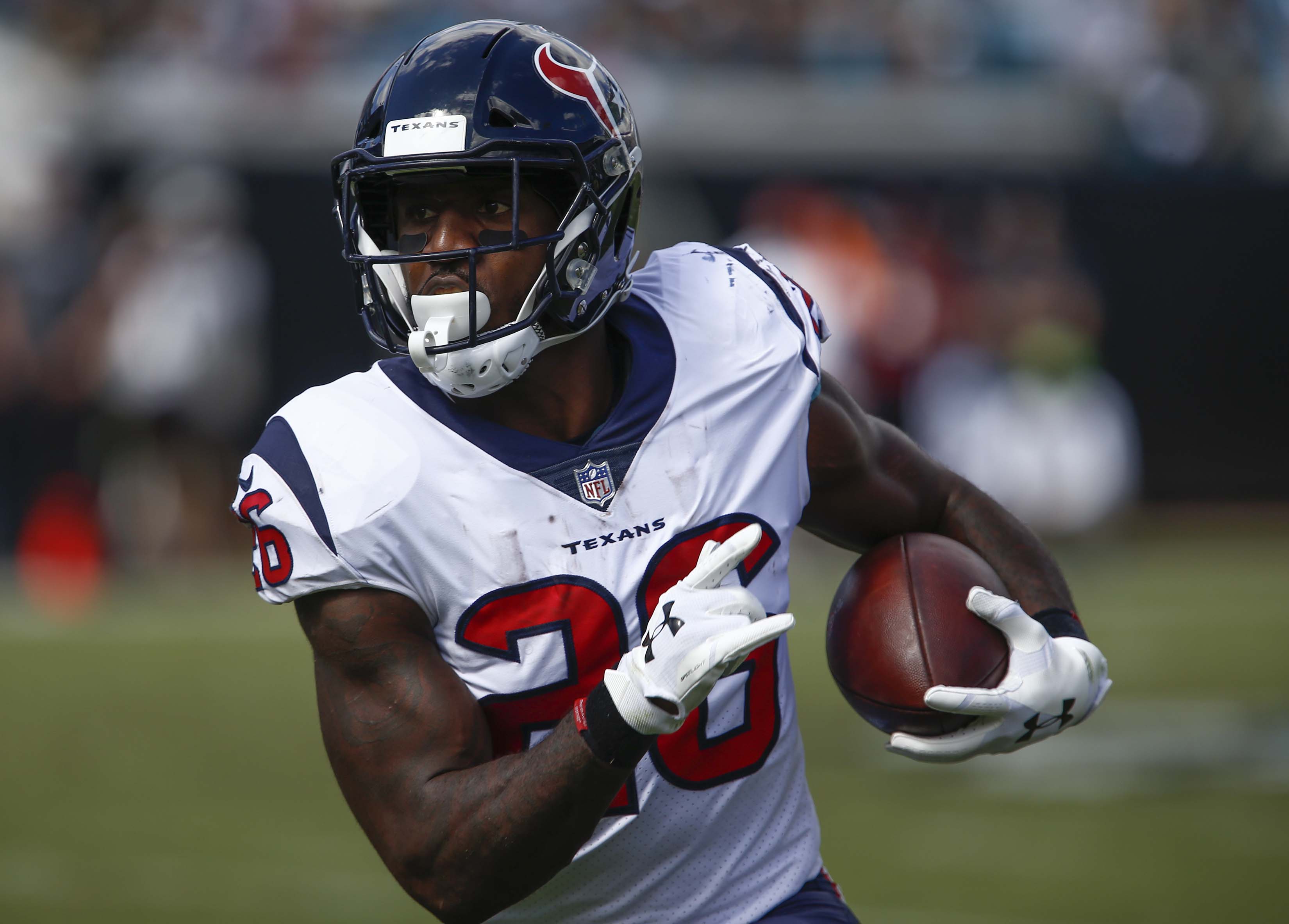 Part of the blame for the Texans’ 0-3 start to the season fell on the offense, for starting slow in games, and also lacking big chunk plays.

Well, the Texans have won seven straight games since that early losing streak, and neither of those issues appeared to affect the team in Monday’s game against the Titans.

The Texans scored three touchdowns in a span of roughly 11 minutes in the first half of the game, jumping out to a 21-10 lead over their division foe as a result. The third one was the most entertaining of all, and surprising, given that the Texans were backed up on their own three-yard line, after the Titans were stopped on downs.

Running back Lamar Miller wasn’t fazed by the field position, though. He hit a hole after receiving a handoff on first down, and then burst into the second level of the defense. Titans linebacker Wesley Woodyard missed on a tackle attempt, as did safety Kevin Byard, and Miller was off to the races. No one could catch him, and he ended up with a 97-yard touchdown.

Miller showed he still has great breakaway speed on that exciting play.