Sid and The Kids 2: Electric Boogaloo. A Look At The Guentzel-Crosby-Simon Line. 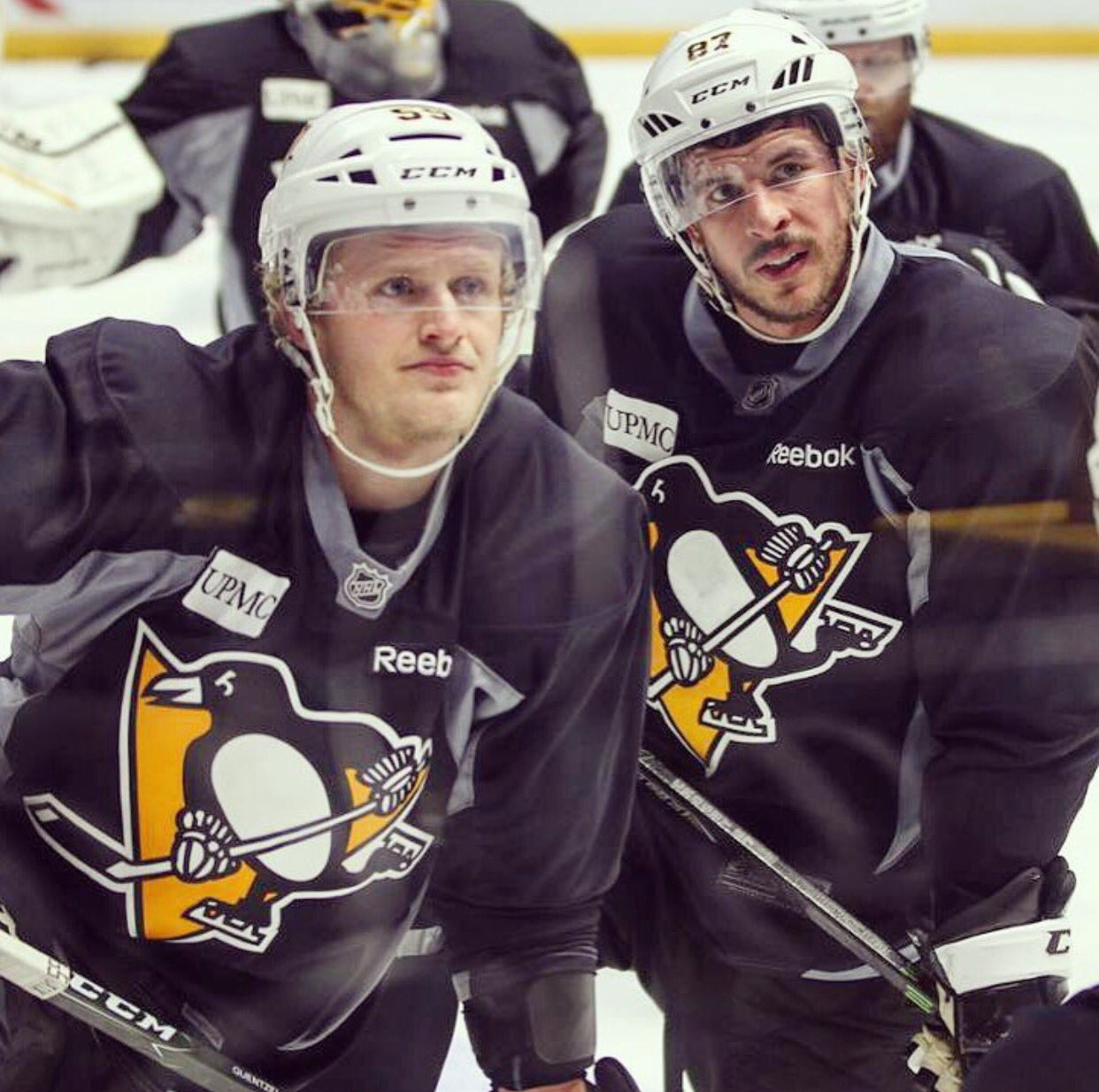 Sid and The Kids 2: Electric Boogaloo. A Look At The Guentzel-Crosby-Simon Line.

There is no denying Sidney Crosby’s talent and ability to elevate damn near every single player he’s ever played with.

The list seems to grow by the day, but you can add another name to it.

We’re all well-versed at this stage of Crosby’s career to know that it takes a certain type of player to play alongside 87 and there’s a common theme that exists among those players listed above.

Chris Kunitz, Pascal Dupuis, and Conor Sheary all went undrafted.  Patric Hornqvist might as well have been undrafted as he was the last pick of his draft class.  Guentzel went in the 3rd round, while Armstrong inexplicably went in the 1st in 2001, albeit in a rather underwhelming draft.

What’s more, none of these guys really put up jaw-dropping stats at younger levels (aside from Guentzel, who may be the lone anomaly here having scored 119 points in 108 games with Nebraska-Omaha.  But again, he wasn’t drafted until the 3rd round.).

Simply put, those players don’t appear, on the surface, to possess the type of pedigrees you’d expect to have success with a player like Sidney Crosby.  But what these guys didn’t have in that traditional sense, they made up for elsewhere: developing the ability to think the game at a high level and, more importantly, think the game like/with Sidney Crosby.

And that brings us back to Jake Guentzel, Knower Of Where Sidney Crosby Is Going To Put The Puck At All Times.

The original Sid and The Kids line was a lightning rod for success, but when Sheary’s production dropped and he was eventually shipped out, it became time to start again, with Jake Guentzel as the ever-present constant.

What stuck out in the above viz (from 11/24, the day after Hornqvist went down with a concussion and what prompted this post) by the ultra-talented Sean Tierney, is just how good the Guentzel-Crosby-Simon line has been at both generating shot attempts for an limiting shot attempts against.  In fact, they are one of only two Pens trios that shows up in that “Good” quadrant this season (the other being Guentzel-Crosby-Hornqvist, which has produced 83.85 shot attempts for per 60 and 45.33 against per 60 compared to that of 76.47 and 42.68 respectively for Guentzel-Crosby-Simon, but more on that in a minute).

This, too, was before the clinic they put on Saturday night against the Blue Jackets.

This is also something that developed before this season as well.  Per corsica.hockey, since 2016-17 when Guentzel made his NHL debut, he, Crosby, and Simon have played 101:97 of ice time together across 22 games at 5v5.  Per 60 minutes of ice time, they’ve generated a staggering 81.79 shot attempts for, while seeing 43.54 shot attempts per 60 minutes levied against them.  To put it another way, this is very good.

The only line centered by Sidney Crosby over that same stretch to have had a greater share of shot attempts (66.13% vs. 59-87-12’s 65.25%) was Hagelin-Crosby-Sheary, in approximately a half hour less of ice time.

It’s worth noting that of those nearly 102 minutes of 5v5 ice time together for Guentzel-Crosby-Simon, 67:28 of those have come this season.  Admittedly, the sample size isn’t the largest, so keep that in mind here as we move along, particularly when considering that your high profile #1 lines like Landeskog-MacKinnon-Rantanen, Marchessault-Karlsson-Smith, and Marchand-Bergeron-Pastrnak have all played 200-300+ minutes together this season.

Armed with that disclaimer, where exactly does the line of Guentzel-Crosby-Simon stack up vs. their peers and their teammates with respect to shot attempts, shots on goal, goals, and expected goals at 5v5?

There’s a lot to unpack here, but to overly simplify a bit:  In their fledgling time together as the Penguins top line, they’ve done nothing but produce elite, top-tier results.

Again, sample size is important to consider here, particularly when you factor in that Marchand-Bergeron-Pastrnak, the presumptive best line in hockey, have played 1243.78 minutes together since 2016-17.  There’s still a long way to go for 59-87-12.

However, there is no denying the results Guentzel-Crosby-Simon have produced so far and the rates in which they are producing these results.  They find themselves in the top 10 of all 4 shot attempt buckets in the league this season.  Per 60 minutes, only 2 lines are scoring more goals than them at 5v5.  Their expected goals for share is top 3 in the league as well.

But beyond that, the clip in which they are producing scoring chances is, in a word, insane.

Dominik Simon catches a lot of flak, but the kid is a super underrated passer. Sucks the defense in, hits Guentzel joining in and goes straight to the net to cash in and open the scoring. pic.twitter.com/m4sltPHMI3

As mentioned, there’s still a long way to go for these guys to cement themselves among the best lines in hockey.  They’ve done a remarkable job to this point in doing so, and given what we know about Sidney Crosby, the tandem of Sidney Crosby+Jake Guentzel, and the body of work these 3 have produced so far, plus the added influence of 87 enjoying playing with Simon inviting him to train with him this summer, it’s hard to believe that this dominant trend will stop any time soon.