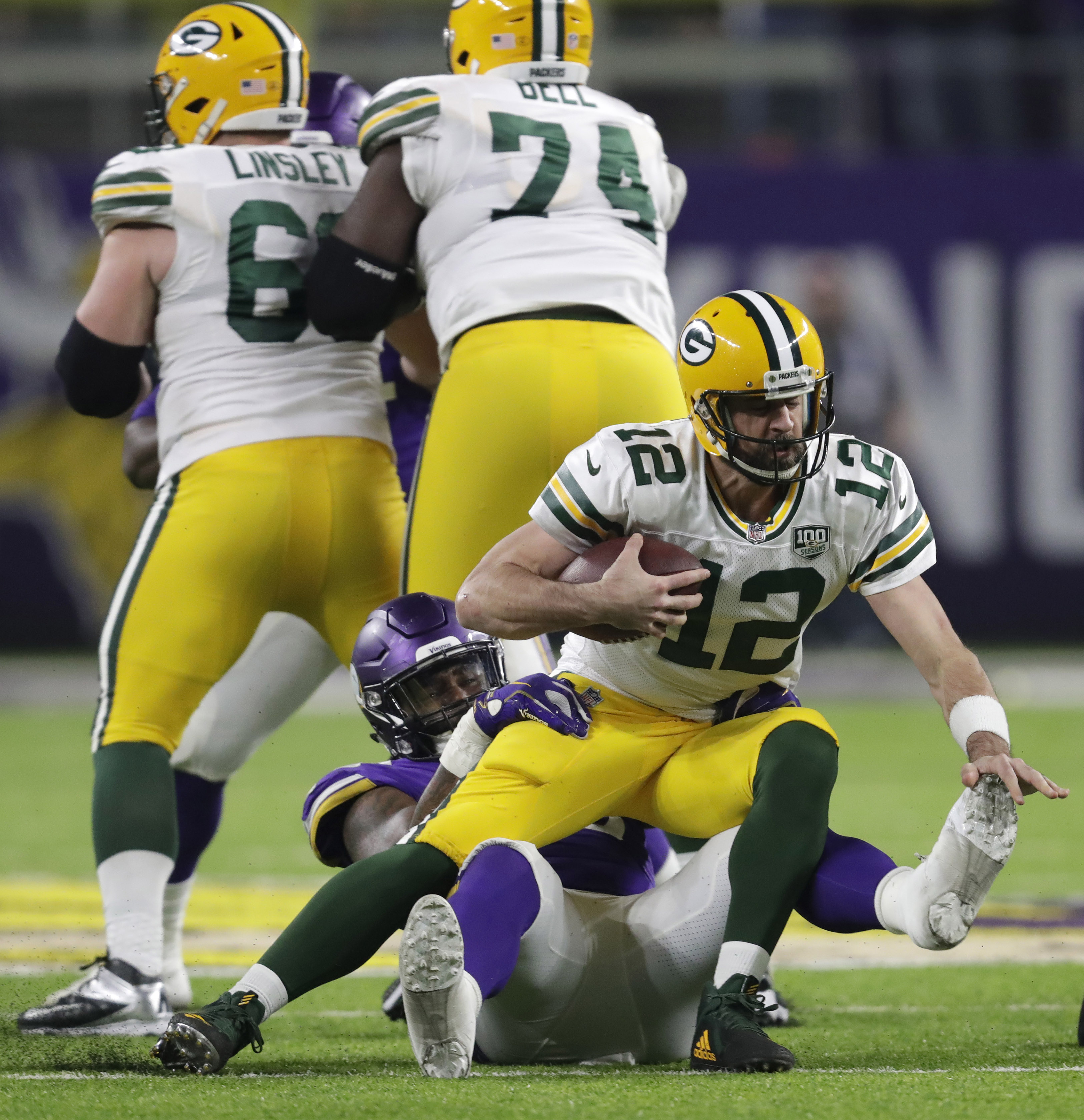 Aaron Rodgers and the Green Bay Packers offense are still struggling on third down and it continues to cost the team points on the scoreboard and ultimately, wins in the standings.

Against Minnesota Sunday night, the Packers finished the game by going just 2-of-10 on third down. For the season, the Pack is just 50-of-135 or 37 percent on third downs. In 2016, the last full campaign Rodgers was healthy, the Pack converted on 46.7 percent of their third down chances.

When asked about the team’s failures on third down after the loss in Minnesota, Rodgers told reporters, “It was just execution. Guys in the right spot, me making the right throw. We just weren’t on the same page on a few of those and they made some good plays on a few of them.” He later added, “Third down, we’ve been pretty bad compared to how we’ve been over the last 10 years.”

A lot of the problems on third down were attributable to Rodgers himself. Studying the coach’s film of the team’s 10 third-down chances against the Vikings shows the Packers franchise quarterback is coming up short and is making some surprising fundamental mistakes.

Rodgers sent three receivers to the left and had time to throw. He had Davante Adams open for a first down but scrambled, attempting to extend the play. By the time Rodgers delivered the ball, Adams had stepped out of bounds. Even though he caught the pass, it was ruled incomplete.

Rodgers handed off to Aaron Jones, up the middle out of the shotgun formation. Jones gained four yards and picked up the first down.

Operating out of the shotgun, Rodgers had three wide receivers to the right. On the play, tight end Jimmy Graham was wide open on a crossing pattern for an easy first down, but A-Rod held the ball too long and tried to throw the ball further downfield. Rodgers was sacked on the play by Tom Johnson.

Rodgers drew the defense offsides and gets a free play. He underthrew Adams and the pass was incomplete.

The Packers had three wide receivers lined up to the left operating out of the shotgun. Rodgers rolled out to his left and forced a throw behind Aaron Jones that fell incomplete. He had Marquez Valdes-Scantling alone in the middle of the field uncovered for a first down but was rolling away from MVS and didn’t see him.

Rodgers threw to Adams deep down the left sideline. Adams was open by a step, but Rodgers overthrew him, and the ball falls incomplete.

The Packers call a draw play to Jones out of the shotgun formation with three wide receives and one tight end all lined up wide. The play is stopped for one-yard gain, short of the first down.

Result of Drive: Pack goes for it on 4th and 1 and a running play is again stopped short of the first down.

The Packers failed to get to the play off in time, resulting in a delay-of-game penalty.

Rodgers changes the play at the line of scrimmage. Jason Spriggs and Justin McCray were fooled on a stunt and Rodgers was sacked by Sheldon Richardson. Nobody was open downfield on this play.

Rodgers was sacked by Richardson again while looking to complete a pass far downfield. He had Aaron Jones open as a safety valve on the play for a likely first down but held the ball too long trying to make a big play.

Result of the drive: Punt

Although the Packers were down by two scores and in a no-huddle offense, Rodgers took a long time before the ball was snapped. Rodgers found Adams on right sideline for 36 yards and a first down. Adams beat Xavier Rhodes who was injured on the play.

Rodgers had Adams all along in the left side of the end zone but overthrew him just enough to cause an incompletion. This play should have been a touchdown. Trailing by 10, the Packers kick a field goal on the next play to make this a one-score game.

In the final analysis, the Green Bay offense is out of synch and making too many mistakes to move the ball consistently and efficiently down the field. These failures on third down are spread throughout the team, but make no mistake, Rodgers is as responsible as anybody for the offense’s lack of execution. Time is running out for the Packers to fix these mistakes.

“The way our defense played tonight, with the injuries they have, to hold them to 24 points, we’ve got to win this game,” Rodgers admitted. “So offensively, we’ve got to be a lot better, we’ve all got to play better, myself included. We started off nice, then had our unfortunate typical lull and couldn’t get it going again.”

Then he added, “I know I’ve got to play better, and I will.”