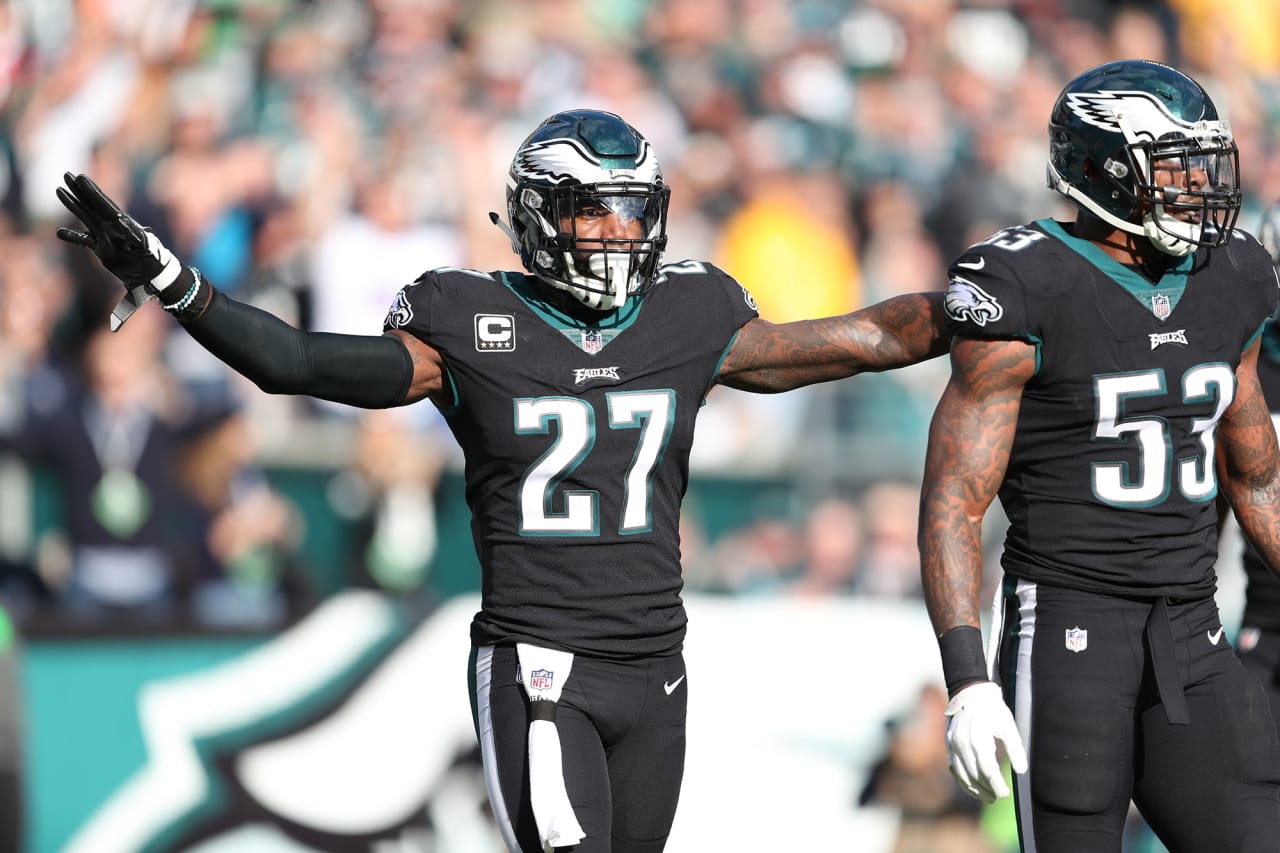 Dumbing down to your base defense in the heat of battle is not what you normally expect to work when you are trailing 19-3 at the half and you already have given up 346 total yards and 15 first downs.

But that was exactly what coordinator Jim Schwartz did in the Eagles’ comeback win over the Giants.

It worked for one game. Whether the “simplify” approach works again against a better team—or any team which does not inexplicably pull its best offensive player out of the lineup, as the Giants did with Saquon Barkley in the second half—is a highly debatable question.

But if any one player on the Eagles’ current roster has a head coaching career in his future if he wants it, it is safety Malcolm Jenkins. His unique blend of passion and intelligent understanding for the game is what convinced Schwartz to revert to a “Dumbo” defensive alignment in the second half.

The more exotic looks, like the disguised blitzes, the three-man rush dropping eight in coverage, and the switching zone coverages were resulting in flat-footed late arrivals, especially with Eli going up-tempo.

“We were on our heels the whole first half,” Jenkins said. “It just got to the point where we said, ‘Look, we know we got guys on the back end that are scrambling a little bit. The Giants are going with a hurry-up offense and putting us in a bind as far as communicating.

” ‘Give us something simple and we’ll put the pressure on our D-line to take over.’ Once we did that, we were able to settle down on the outside, stop the run a little bit, and that allowed our front four to just rush the passer, and they started hitting the quarterback.

“All of a sudden, those third-and-3s started to turn into third-and-7-pluses. And that momentum starts to change.”

“Hats off to our D-line and [defensive coordinator] Jim Schwartz for settling down the game plan and giving us an opportunity to play fast,” Jenkins said.

Jenkins said Schwartz “put us in some calls that allowed us to play fast and at least get lined up. We were having a tough time there.

“[Schwartz] gave us something simple to play. Our base bread-and-butter stuff that everybody knows. It just gave us a boost, because guys were able to settle down and communicate and get lined up and at least be in position to make plays.

“We were able to get back to the style of defense we like playing. It wasn’t perfect, by any stretch. But we have guys who believe in the team and continued to fight.”

“It starts with stopping the run,” said defensive end Chris Long, who had a big third-and-10 sack of Manning early in the fourth quarter that helped tilt the field for a seven-play, 61-yard touchdown drive that gave the Eagles the lead. “Once we started slowing the run game down a little bit, we were able to focus on Eli.”

Dumbing it down is not the long-term answer for the Eagles defense. It was an adjustment strategy that caught the Giants by surprise. It is now on tape, and the Redskins will no doubt have a counter-move if it happens again this Monday night.

Amid much wailing and gnashing of teef, the all-too-short regular season of BSE was concluded, and the resultant playoff seedings were announced.

Two teams with winning records missed the 4-team playoffs—TGJB99’s Bri Slappers (7-5) and Hoppy’s Chocolate Bri (7-5).  For Hoppy it is an especially galling omission as his overall record is identical to two teams at 7-5 who got in. What was the negative tiebreaker?— Total Points scored for the season.

The lamentations of Hoppy’s and TGJB99’s fan bases can be heard from the prairies of Canada to the plains of Texas—“Six teams should make the playoffs!!” For that to happen, however, the league would have to expand to 12 teams or more. In the meantime, welcome to the way it was in the old NFL, when you had only two teams in the playoffs—the East and West division first-place finalists played for the Championship.

The week of elimination that was: