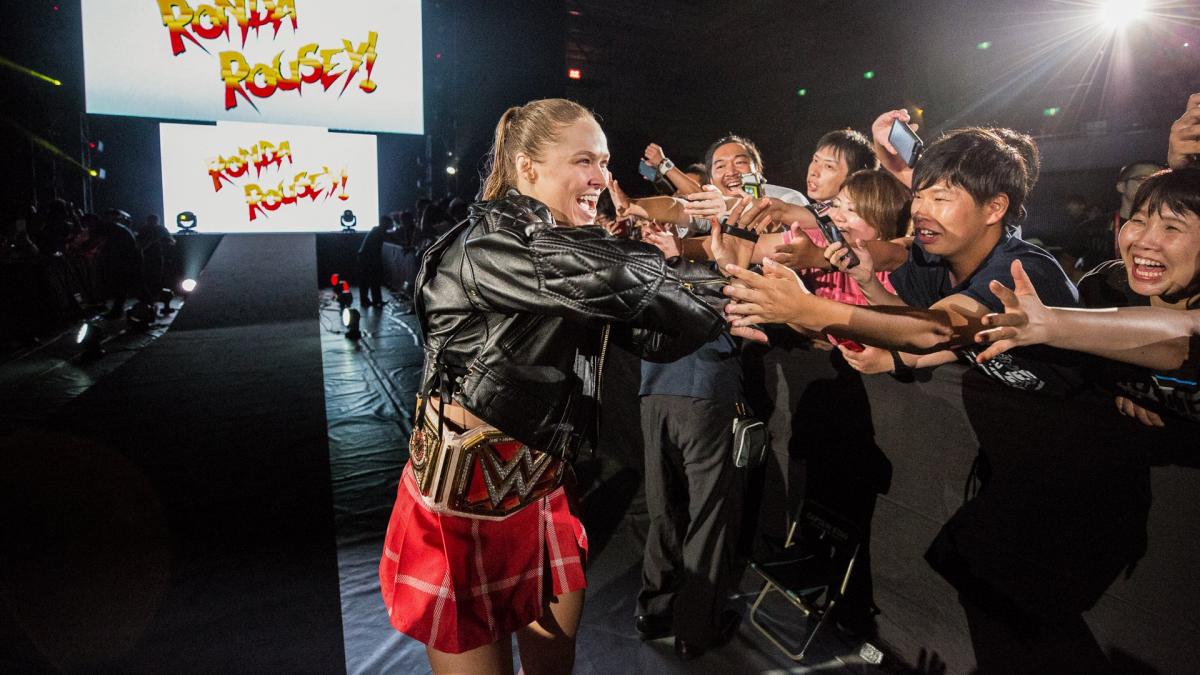 SmackDown Live‘s move to FOX in 2019 is shaping up to be a very important moment in WWE history. SmackDown’s new home means more money and more exposure for the company. It’s also a way for WWE to perhaps gain some new fans, thanks to the mainstream audience that typically tunes into the FOX network.

Now it appears that FOX is also looking at the mainstream appeal of WWE. According to Wrestling Inc, FOX wants Ronda Rousey on the blue brand when SmackDown makes the move in 2019.

Rousey’s popularity and drawing power as a legitimate athlete, are apparently the reasons behind the request. After all, if FOX’s intent is to sell a sports-oriented pro wrestling program to the masses, who better to be at the forefront than the former face of the UFC?

This is perhaps good news for WWE fans, who have been waiting for a more serious approach to the company’s programming. While NXT typically receives praise from the fanbase for its pure wrestling matches and top notch storylines, the same is not often said of Monday Night Raw or SmackDown Live.

But if WWE is serious about making a real impact on FOX, then it could be that SmackDown will indeed take a more serious tone. Rousey could be a major part of that effort, as her character has not been involved in any sort of comedy to this point.

Rousey is the current Raw Women’s champion but she has major heat with Charlotte Flair, who works on the blue brand. Their match at Survivor Series ended in controversy when Flair beat Ronda with kendo sticks and a steel chair, leaving The Baddest Woman on the Planet for dead in the middle of the ring. The storyline between them may ultimately be the key to Rousey switching brands when SmackDown moves to Fox in 2019.