Robby Cano? Who The Hell Knows! 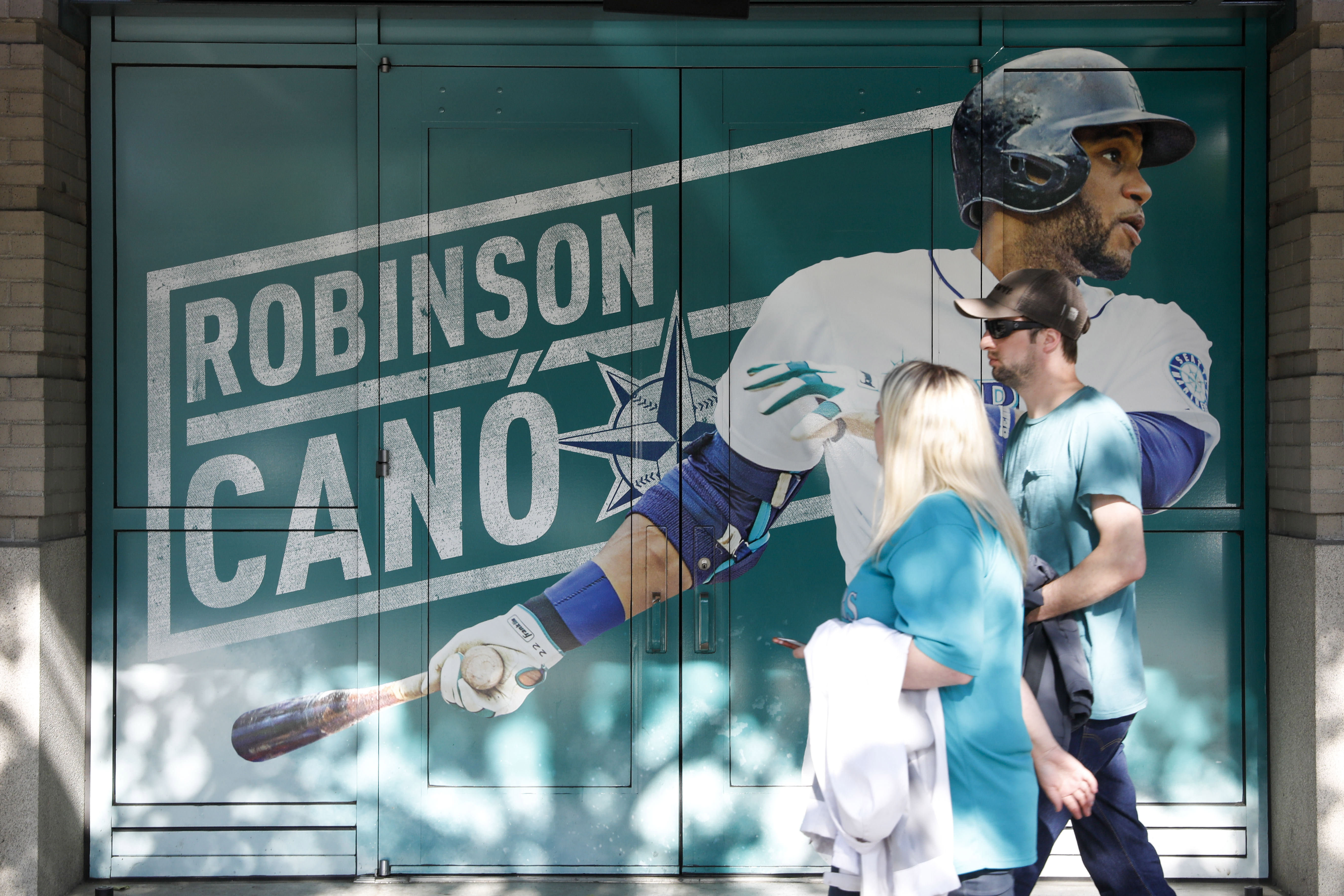 Robby Cano? Who The Hell Knows!

I remember clearly when Robinson Cano was a free agent after the 2013 season. Somebody had photoshopped Cano in a Mets hat, and we all laughed because we knew that at the age of 31 and coming off a Top-5 MVP season with an OPS of .899, that Robinson Cano wasn’t going to no Mets.

Now, five years later at the age of 36 with three more All-Star appearances and one performance enhancing drug suspension under his belt, Cano is much closer to playing his next game as a New York Met as he has ever been.

Succinct summary by someone involved regarding the growing Cano/Mets speculation, at least to this point: “Smoke, not fire.”

My first thought when I heard that the Mets were in on Cano was that this has absolutely no chance of happening. If the Mets weren’t in on Cano when he was 31, why would they go anywhere near him at age 36 with the same AAV on his contract and five seasons to go? Even in the Mets’ world with the alternate sky, that doesn’t make any sense.

Cano also breaks two general rules that I have these days: No more players past their prime living off reputation, and no players that will block the progress of younger players. Cano could break both rules as he is not only old, but would prevent Jeff McNeil from having an everyday job at second base. The other downside of Cano is that his penchant for making every ground ball look like Sunday softball wouldn’t sit well with the Johnny Hustle crowd.

But then people started to speculate on other players coming back to the Mets from Seattle to make the contract worth their while, and then Jay Bruce possibly going the other way … then it started to get intriguing. But Brodie has to remember that Seattle is in a position of desperation. If the Mariners want to re-imagine their team, that comes at a cost. If the Mets are going to take on another aging player for five seasons, it has to be worth the Mets’ while to do so. And the possibilities that are swirling could work in the Mets’ favor. But …

… only if everything in this deal breaks right for the Mets. It can’t be just about bringing in Cano … that’s not enough. Here’s what needs to happen for this to work out for the Mets, in my humble estimation:

Get Seattle To Pay For A Chunk Of The Contract

This one is a no-brainer. Cano has $120 million left in his deal over five seasons. There isn’t enough salary for the Mets to dump back to make it even. And it doesn’t make sense for the Mets to pull a Giancarlo Stanton/Yankees type trade to have a 36-year-old block second base for five more seasons. So Seattle has to pony up at least $50 million for this to work.

Jay Bruce Must Go The Other Way

Another no-brainer. Sorry, Jay. We’ve had some good times. But again, if the Mariners expect the Mets to help them out with $70 million of salary for an older player, then Seattle has to help the Mets out a wee bit. Taking Bruce back will help the Mets clear some glut from the first base/corner outfield position, and it would enable the Jordan Patterson signing to actually be part of something larger. (Go figure.) If the Mariners insist on taking, say, Juan Lagares instead of Bruce, then Bruce must be part of another deal (say, for Marc Melancon) before this Cano trade happens. Either way, shedding Jay Bruce’s paltry by comparison $28 million in salary is a good start.

But it’s not enough, hence my next condition:

Mitch Haniger Must Come Back From Seattle

Ryan Braun wasn’t lying. Haniger came into his own in 2018 with a .366 OBP and an .859 OPS while driving in 93 runs and … most importantly … playing in 157 games. While he’s primarily a right fielder, enough shuffling can be made to get Haniger’s important bat in the Mets lineup. Between Haniger and Cano, who had a .374 OBP in 80 games last year, you have the opportunity to transform a lineup that has been moribound in recent seasons. (Don’t believe me? Just ask Jacob deGrom.)

Jim Dowd of MLB Network suggested Mallex Smith coming back in a potential deal for Cano, and while he’s an emerging star, there’s no way the M’s would let go of somebody they just acquired. Dowd and everyone else also loves Edwin Diaz, who would immediately become the closer for a team that also needs a bullpen. Diaz had a fantastic season overall for the Mariners with an ERA below two and a WHIP of 0.79. Diaz is also entering his age 25 season. Nothing to sneeze at.

But with relief pitching being so volatile from year-to-year, it would be a shame to waste this one chance at a roster transforming move by pinning all the hopes of this trade on a reliever who, after seeing him enough times in Seattle over the past two seasons, is far from automatic. If Diaz is the main player in this trade, and let’s say Justin Dunn and/or Andres Gimenez goes the other way, and Diaz is a bust … then what? You’re stuck with five seasons of Robinson Cano and you traded Dunn/Gimenez/both to do it. That’s not a risk I want to take. I’d rather spend the money on the reliever, even if you have to swallow an extra year’s salary to do it. Because it’ll be much easier to acquire Haniger and pay for a closer than acquire Diaz, hope for the best, and pay for a bat. Unless that bat belongs to somebody named Bryce or Manny, the results are going to be much dicier.

Todd Frazier Must Be Traded

As mentioned earlyer one of the downsides of a Cano trade is blocking Jeff McNeil from playing second base. He was solid at the position last season while impressing with the bat. That bat needs to be in the lineup every day. If McNeil is going to be pushed back into a utility role, then this deal can’t happen. Seems like a strange hill to die on, but I’d rather this lineup be completely left-handed and McNeil play a position other than second base regularly than watch Todd Frazier look at a three straight fastballs down the middle to end every single game while McNeil gets turned into some bastardized version of Brandon Inge. As long as Peter Alonso, Amed Rosario, and a right handed hitting catcher not named something that rhymes with Cravis are in the lineup, McNeil, Cano, Haniger, Brandon Nimmo and Michael Conforto should do just fine until Yoenis Cespedes … hopefully … makes his grand return.

See? I can bring Noah Syndergaard into a blog post as a non-sequitur too. But I don’t think Noah has zero to do with this conversation. Because if Brodie goes into the Winter Meetings in December with the frame of mind to improve the team, and he thinks that making the team older by bringing in Cano with all of the other conditions laid bare above as part of the process, then Brodie can’t turn around and say that trading Syndergaard is the next prudent course of action. So if this wacky trade is going to happen, a wackier trade can’t.