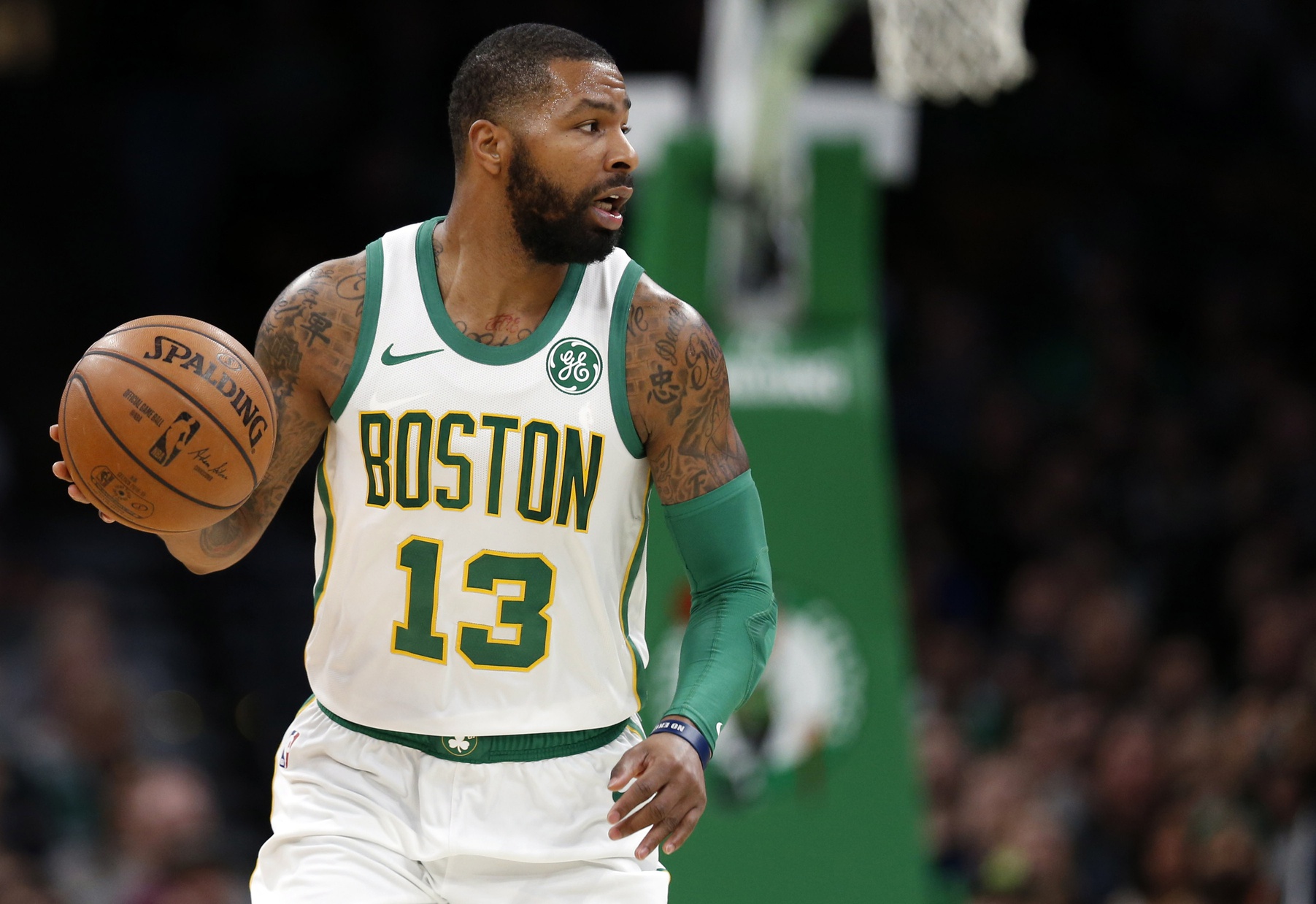 For the first time in six seasons, a majority of Marcus Morris’ shots aren’t coming from the mid-range.

Most of Morris’ shots in his sophomore NBA season came at the rim, which was the only time that’s happened in his eight pro seasons. Since then, according to Cleaning The Glass, Morris has spent a lot of time in some of the most inefficient spots on the floor.

For two years in Detroit, at least half of his shots came from the mid-range, and most of those were in the long-mid category. Last year in Boston, 45% of his overall offense came from mid-range jumpers, which is still too many. So this year, Morris came in with a new focus.

“Obviously I can get a bucket,” Morris said after practice today. “But what we’re trying to do is shoot a high level and try to limit some of my pull ups, that’s why I’ve been stepping out to the 3 more.”

My headline aside, the percentage of times he isolates hasn’t changed, but the types of shots he’s taking have, which makes it a lot more palatable. According to NBA tracking data, 37.1% of his shots last year were pull-up jumpers while 35.9% were catch-and-shoot. This year, 40% of his jumpers are catch-and-shoot while 31.9% are pull-ups.

That corresponds to a drop in mid-range shots. Cleaning The Glass shows 32 percent of his shots are coming from mid-range this season, a 20% drop from his second season in Detroit. Just 16% are now long-twos, the lowest amount from that area since his Houston days in 2012-13 (he shot just 12% from that area for the Rockets, but that jumped to 17% after he was traded to Phoenix that season).

“I’m just really focused on helping the team,” Morris said today. “I’ve been rebounding the ball a lot better than I normally do, and that’s been my main focus, stretching the floor and rebounding just playing better defense.”

The focus on three is paying off. 44% of his offense come from beyond the arc and he’s hitting at a 43.2% clip, making this Morris’ most efficient season yet.

But while he’s hitting career-high marks in very important areas for the Celtics, he knows they don’t need him dominating the ball.

“At the end of the day we are playing at the highest level we know who’s gonna have the ball in their hands and what other players need to do to create offense for themselves,” Morris said. “We know Kyrie’s gonna have the ball and Al’s gonna run high pick and roll. What I need to do is figure out different ways of stretching the floor, cutting, offensive rebounding, getting my touches in the flow of the offense.”

He’s been Boston’s most consistent, and maybe most confident player this season. He’s coined the “Bench With Attitude” nickname for him and his second unit brethren. Now that he appears to be starter for at least the near future, he’s bringing the same attitude to the opening tip.

“Whether it’s starting or coming off the bench, just trying to do something with the minutes I’m getting.” he told reporters. “Obviously I feel like I’m a matchup, problem so either way the offense goes offense or defense I feel like I can incorporate myself at a high level.”